Skip to content
You are here
Home > Features > The match we all remember, replayed and commemorated this Christmas

One particular football match, played more than a century ago, still resonates to this day and has acquired legendary status.

On Christmas Day in December 1914, a British officer ventured into the usually bullet-wracked No-Man’s Land near Ploegsteert Wood (‘Plug Street Wood’ to the Tommies) in Flanders  encouraged by the Germans’ singing of ‘Silent Night’ and their waving of white handkerchiefs.

It transpired that it was not some dastardly ruse and the opposing soldiers were soon sharing gifts and drinks before an impromptu game of football between them broke out. Supposedly the Germans won 3-2, though legend has it that the English goalposts were further apart than those of the Germans. Fighting would resume the next day and continue without further interruption for four more years.

In commemoration and celebration of that incomparable moment, Anne Mullins, from Barnes in South West London, has organised a charity football match to be played on December 10th at the Barn Elms Ground as part of a pre-Christmas weekend of events.

The match will begin after an Anglo-German choir perform ‘Silent Night’. The ‘England’ team will be captained by the comedian Jack Whitehall. He plans to “end 103 years of hurt”, avenging the British soldiers’ defeat in No-Man’s Land. He is persuading other celebrities such as Jamie Redknapp, Andrew Flintoff and Omid Djalili to join him. The ‘German’ team will be captained by the President of the Borussia Dortmund Fan Club. His team will arrive prepared after playing two warm-up matches. As it stands, Whitehall’s team will be improvising.  No change there then. 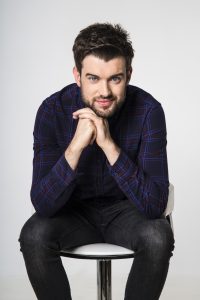 I asked Anne Mullins why she is going to such lengths to organise the event, the proceeds of which will go to Prostate Cancer UK, a charity of great importance to her. too many men are still dying too young from the disease all should have the requisite checks especially after turning 40. Action is often taken too late.

Mrs Mullins sees the game of football in 1914 as uniquely “glorious”, a moving and historic moment that is worthy of remembrance even now and that can continue to inspire and inform. For her, the match stands as a unique and indelible moment because of what it represents.

Thanks in no small part to the enduring cultural influence of the dissenting poets of the First World War, the conflict is seen as the ultimate manifestation of futile and squalid death on an unprecedented scale and for what is now recognised as the exploitation of the youth, innocence and enthusiasm of so many millions.

The football match seemed incongruous at the time, an affront to the principles of military discipline and the rigours of war.  A German soldier who was there wrote that it was “delightfully strange” as “deadly enemies became friends.” But surely the real incongruity, the true affront, was the war itself. As Mrs Mullins puts it, “it is the only game of football before and after which the participants had been trying to kill each other.”

After the day of festivities, the soldiers returned to their trenches. The sporting opponent became a faceless foe once again, though not immediately, for many of the men on both sides who had played and fraternised were repulsed by the idea of resuming the fight. One British officer even complained to high command that he could not seem to entice the Germans to return fire. 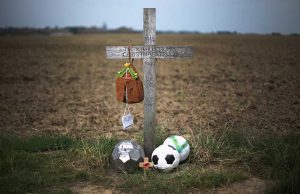 Yet, the imperatives of the war soon persevered and the match stood (and still stands) in defiant and isolated juxtaposition, a sad symbol of hope and humanity.

But ultimately, as Mrs Mullins believes, the incident constitutes an “extraordinary statement about what sport can do.” Fraternisation is one thing. The weary soldiers could easily have settled for drinking each other’s booze , sung their songs and stopped there. Yet it is significant that they chose to go beyond that and play a game of football. These men who spoke no common language, and were only briefly pausing their hostilities, chose sport to express a human bond in the midst of a hell on earth.

Sport gave them the power they needed to transcend the barriers between them and, though it was transitory, and perhaps only vaguely recognised at the time, to make a mockery of the contrived and futile animosities that had led them there. Sport became the universal language and it still holds that power today. We, at least, live in more peaceful times now but sport can still unify us and provide a happy escape from stress.

That power, and the moment of humanity it conjured up, will be commemorated on December 10th in Barnes. More information about the match and the literary celebration the day before is available at gocgof@gmail.com. 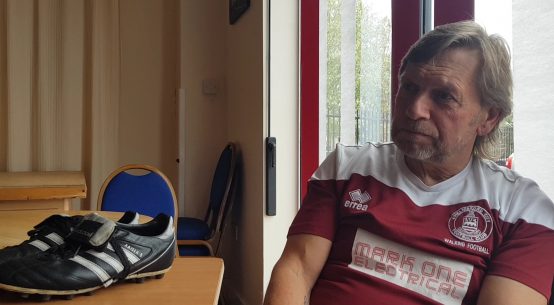 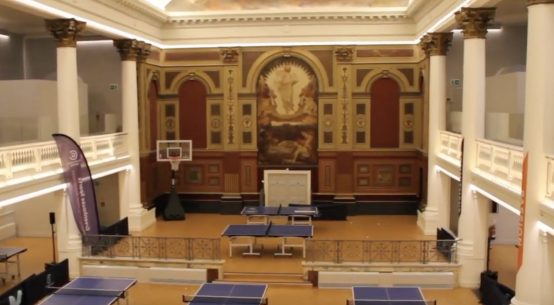