Throughout the Covid-19 lockdown, one thing that has remained consistent, and in many cases has grown, is the podcast landscape.

James Richardson, AKA AC Jimbo to his legion of fans, has been working in the podcast field since the summer of 2006.

Richardson was host of The Guardian World Cup Show that year, a time when he admits he had no idea what podcasts were.

It was sold to him as “a daily update, almost like a radio show that people could catch up on,” said Richardson. “I thought, well that’s a terrible idea! But you know, we could try it I suppose.”

What Richardson feared about podcasts, has ironically happened as a consequence of coronavirus, “I figured I would be sat in a room somewhere with some people on the end of a telephone.

“I couldn’t really imagine anyone listening to it, which is funny because that’s actually the format that we’ve ended up with now.”

The success of the World Cup Show led to a weekly and in time biweekly Guardian Football Weekly podcast, with Richardson at the helm for 11 years, something he did not see coming:

“I didn’t exclude the possibility [of the podcast continuing], but that sort of thing didn’t pass through my head. The thought that did pass through my head was this is potentially a bit of a nightmare, every night during the World Cup,” said Richardson. “Luckily it didn’t turn out that way.”

After many years at The Guardian, Richardson alongside Ben Green and journalist Ian Macintosh left to set up Muddy Knees Media and with it The Totally Football Show (TFS) and Golazzo: The Totally Italian Football Show:

“Ben Green, who was the producer, was feeling a little bit like the road was a dead end,” said Richardson. “We wanted a little bit more freedom about who came on the show and what we did with it and above all, doing other shows. And so we just kind of decided to do it ourselves.” 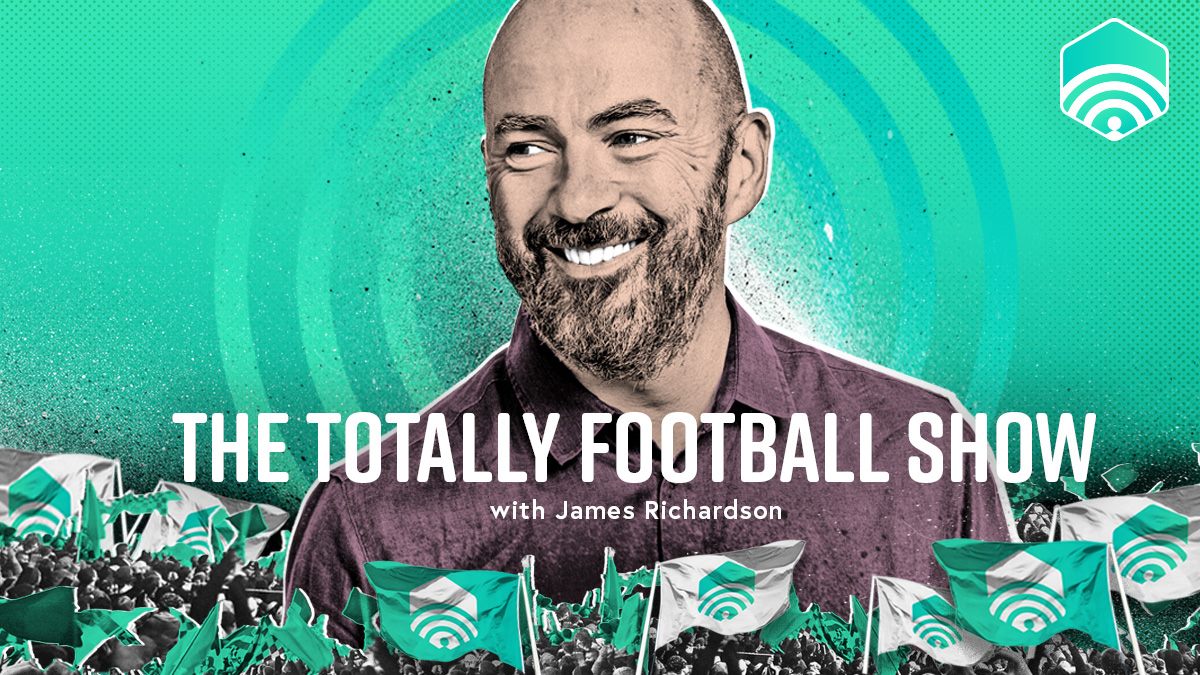 With the lack of live football to talk about, one could be forgiven for thinking this might be a difficult time for podcasting, Richardson thinks otherwise:

Richardson added: “So one of the kind of advantages of this pause or end or whatever of the season, is that it has given us a huge space to go back and actually step back and appreciate some of the things that even if we appreciated them at the time, we may have forgotten about, amazing matches, amazing seasons and amazing players. That’s been really nice.”

As most conversations with or about AC Jimbo do, the topic eventually returns to Italy and Italian football:

“Like many kinds of romances there’s not necessarily a logic to it, but there’s some inexplicable tug on the heart that it exerts,” said Richardson.

“Italy’s such a charming place, which is good because it has a lot of sins, like all countries do, but it charms you despite all of the many issues it has.

“I think the same goes for the calcio, in fact, often with calcio, it is the very issues that it has which is the most charming thing about it.”

Richardson will continue with the TFS and Golazzo podcasts having grown to love the format after his sceptical start:

“They’re fantastic,” he said. “I think the sky’s the limit [with podcasts].” Adding “You can do podcasting on anything, it is the blankest of canvases.”

As to what AC Jimbo will paint on his next canvas we will have to wait and see, but for fans of Italian and European football in general there is hope.

Richardson said that although it would be hard to recreate the exotic quality that Football Italia had, BT Sport would love to bring back the European Football Show, something he thinks is a “great idea.”