With the British & Irish Lions squad announcement just around the corner on May 6, the Sports Gazette rugby team thought they would have their say on one of the most hotly contested debates in the world of sport.

Much like the actual Lions’ coaches’, our team of rugby writers each picked a squad of 36 players – but unlike Warren Gatland and co., we’ve let you inside the selectors’ room for a sneak peek.

SELECTORS’ NOTE: Players returning from injury have been considered, as have those who could be playing in their domestic league’s semi-finals and final.

A central tenet of South Africa’s World Cup success was their set piece dominance. English and Welsh fans will need no reminding of the damage inflicted on their scrums during the 2019 World Cup by the South African starting front row and the ‘bomb squad’, the Springbok replacements. As such, being able to match them up front will be fundamental to the Lions chances of success.

Furlong, Sinckler and Jones are all certainties to tour, while Vunipola, who has endured a dip in form since the World Cup final, is another fantastic option at the Lions disposal. Porter and Sutherland also make the plane after a string of impressive performances for their respective nations during the Six Nations.

Probably the easiest position to decide who tours. Any one of George, Cowan-Dickie, and Owens could make a claim for that starting Test jersey and therefore they are all on the plane. All three have proven international experience, and in George and Owens’ case proven Lions experience. It will be fascinating to see who emerges as the starting hooker during the tour, but our bet is Owens. 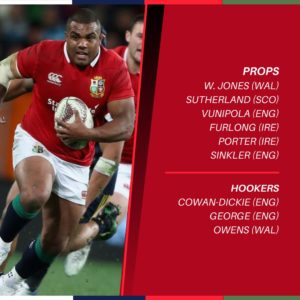 The locks are the Engine Room™ of any team and South Africa have produced some of the finest locks the game has ever seen. The current Springbok incumbents are pretty handy too,  but fortunately for the Lions they have the comfort of knowing they too have some of the world’s best in this position.

Jones, Henderson, Itoje, Ryan and Beirne have all been impressive for their respective nations over the last few years and all deserve a touring spot. Itoje and AWJ are most pundits’ starting partnership, but any pair from this five would be worthy of those roles.

Ryan could do with an eye-catching performance for Leinster against La Rochelle in the Champions Cup this weekend to really stake his claim after a slightly underwhelming Six Nations for his lofty standards.

One of, if not, the, most debated positions for the Lions. All the home nations had stand out performers in the back row throughout the Six Nations and as such Curry, Faletau, Stander, who will retire after the tour, Tipuric and Watson have seats on the plane.

Underhill is also among our touring party, as despite missing the Six Nations through injury, he has looked back to his best at Bath. His physicality is unmatched, and he is arguably the most dominant tackler in world rugby. It is the Gazette view that he must go.

With these six to choose from you can be sure the competition to start the Tests will be fierce, and the Springboks will have a lot on their plate whoever plays. 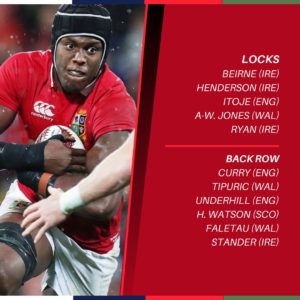 While there was much temptation to go for Danny Care, who has rolled back the years with some vintage performances for Harlequins of late, recent international experience reigns supreme.

Murray’s performance against England in the final round of the Six Nations was so good that he all but confirmed his spot, while Price and Davies both showed off their running threat whenever they played during the tournament. Murray is the likely starter of the three, but Davies and Price’s pace and ability to raise the tempo make them valuable assets off the bench.

Both Biggar and Russell are world class operators in their own right. While Biggar is the ultimate ‘Test match animal’ who battles on regardless, as evidenced when playing the last 20 minutes on one leg for Northampton v Leicester last weekend, Russell is a maverick in every sense of the word and will enrich the touring party both on and off the field.

The big omission here is Ireland’s Jonny Sexton. Like Murray he played superbly against England, but his injury record goes against him, and the fact that [SPOILER ALERT] Owen Farrell can play at both fly-half and inside centre and bring a similar level of control to proceedings means Sexton misses out. However, if the Leinsterman plays, and plays well, against La Rochelle he may well be in with a chance. 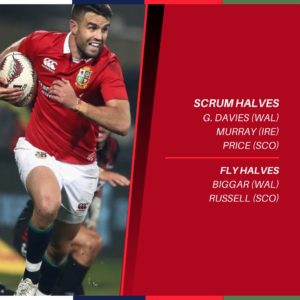 The centres are another position where the Lions have a wealth of options. That being said, there are some guaranteed tourists, and Davies, Farrell and Henshaw are all Lions pedigree. All three have toured at least once before and Henshaw was arguably player of the Six Nations this year.

The other two slots go to Ringrose, another player with a golden opportunity this weekend to play well for Leinster and confirm his place on the plane, and Tuilagi.

While Tuilagi has not fully recovered from his torn Achilles suffered earlier this season the prospect of the Englishman fully fit and firing is too good to ignore. His impact on England’s attack cannot be overstated, and he could do a similar job for the Lions against the physical South African centre pairing of Damian de Allende and Lukhanyo Am.

Much like with the centres, there is a glut of worthy candidates. Hogg is a certainty and the Gazette’s choice for tour captain, while Watson and Williams have both toured before and can cover all three positions. Jonny May, arguably the world’s best finisher, also makes the tour.

The final two spots have been fiercely debated, not least by us on the selection podcast, and while Jack Nowell has looked excellent for Exeter since returning from injury , and Hugo Keenan had an eye-catching Six Nations, neither of them make the squad.

Van der Merwe, a hulking physical presence, and Rees-Zammit, the young bolter, claim those final spots as both can offer that bit of magic required to beat the reigning world champions. 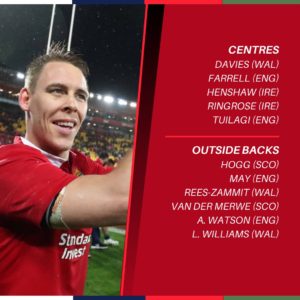 While the tour may be different to past tours due to the global pandemic, the Lions still holds a treasured place in the rugby calendar, and you would expect any player selected to take the opportunity with both hands. Each tour adds another chapter to the fabled history of the Lions, and the Sports Gazette cannot wait to see this tour unfold.