It is not often that you come across people that genuinely make you sit back and say: “Wow. That is truly amazing.”

Well that was the overwhelming emotion that I experienced when I discovered Kyle Maynard.

Maynard has achieved some extraordinary things in his life, ranging from winning 36 wresting matches in his senior year at high school, climbing Mount Kilimanjaro and being inducted into the National Wrestling Hall of Fame.

And he has reached these unbelievable heights despite being a quadruple amputee. 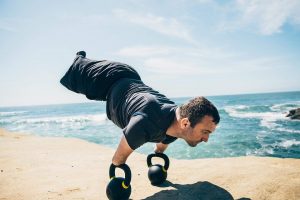 Maynard was born with a rare condition called congenital amputation, which causes fibrous bands to prevent the growth of foetal limbs, leaving him with arms that end at the elbows and legs that end at his knees.

But despite these apparent restrictions, Maynard took a keen interest in sports from a young age and at the age of 11, he was actually playing nose tackle for his local american football team, the Collins Hill National Eagles.

During his time at high school, Maynard really developed his love for sports.

He wrestled at a high level, and finished 12th in the 103-pound weight class and after hard weight training, he was able to bench press 240 lbs 23 times, for which he was awarded the title of GNC’s World’s Strongest Teen.

“The way I was born was the greatest gift I’ve ever been given, but I didn’t always see it that way,” Maynard said.  “So much of it started with my parents and coaches who pushed me and gave me opportunities to try new things as a kid.”

After discovering his love for physical sports as a youth, he began training in mixed martial arts (MMA) in 2005 but when he applied for a fighter’s license in 2007, he was denied it by the Georgia Athletic and Entertainment Commission.

So, he decided to fight in Alabama where fighting is not regulated and on April 25, 2009 he fought against Bryan Fry and lost to a 30-27 judges’ decision.

Maynard said on his upbringing: “So much of the purpose I had growing up revolved around sports.

“Things are going to be different for each person, but life isn’t meant to be easy and the hard things that we take on and eventually succeed or accomplish is what makes it special.”

All of these staggering achievements in the early years of his life did not go unnoticed.

As I have already mentioned, he as been inducted into the Wrestling Hall of Fame, he was a recipient of the 2004 President’s Award for the Sports Humanitarian Hall of Fame and has had a documentary made about him, A Fighting Chance, with a portion of those proceeds from the sales of the DVD going to benefit wounded veterans.

But arguably Maynard’s crowning achievement is the one that brought him fully to the public’s attention.

In a project that began in 2011, Maynard became the first quadruple amputee to clim Mount Kilimanjaro without the aid of prosthetics.

He trained for this with co-leader, Dan Adams, across various locations in the USA and had to develop equipment that could aim Maynard in his climb.

In order to find the ideal equipment, some of the processes they tried included welded sleeves and rubber bicycle tyres attached to his body with heavy-duty tape. 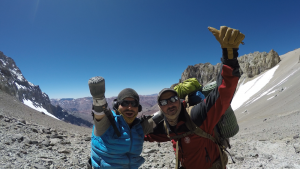 And Maynard accepts that his ascent of Kilimanjaro was his finest hour so far. He said: “The greatest honour in my life was carrying the ashes of Corey Johnson, a fallen US Veteran, to the top of Kilimanjaro and pay tribute to him and the ultimate sacrifice he made.”

He was honoured again by the world as he was awarded with his second ESPY for the best male athlete with a disability.

Oprah Winfrey called him “one of the most inspiring young men you’ll ever hear about.”

Arnold Schwarzenegger described him as “the real deal,” “a champion human,” and “one of the most inspiring people” he’s ever met. Even Wayne Gretzky has spoken of Kyle’s “greatness.”

But Kyle Maynard, despite all this success he has had in his life so far, has one simple sentence that helps him reach these astronomical heights.

“I set big goals and commit everything that I have in order to achieve them.”

Pep Guardiola returns to the Bernabéu in a mouthwatering Round of 16 clash against Real Madrid. What’s your predictions?? #UCL

How we line-up at the Bernabeu!