Posted on 2 August 2021 by Nathan Frazer-Carroll 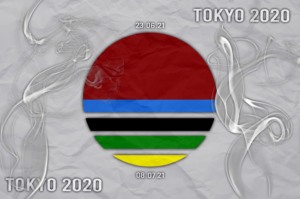 Be better, together – For the planet and the people.

This is the Tokyo 2020 Olympic slogan of sustainability. A Games that was aiming to be the greenest ever. But just how green can an Olympic Games be? Should we be setting the green bar higher?

The 2012 London games was estimated to have generated 3.3 million tonnes of CO2, a record that Tokyo is aiming to beat as the event is forecast to generate no more than 2.93 million tonnes.

For comparison, the 2016 Rio de Janeiro Games was estimated to have emitted 4.5 million tonnes of CO2, a clear sign that Brazil were not competing for the title of the greenest Games ever.

The Tokyo Games was recently given a helping hand in the race for the greenest Olympics yet. Japan declared a state of emergency shortly before the opening ceremony, subsequently resulting in the Tokyo Organising Committee (TOC) banning spectators from the competition.

A significant source of emissions at any Olympics stems from flying athletes and spectators into the host nation. The International Civil Aviation Organisation estimates that a return flight between New York and Tokyo will generate 946 kg of CO2 per passenger.

There are of course intentional green initiatives to feature at the Tokyo Games.

Athletes have been provided with cardboard beds which will be recycled after the event and are built to hold weights of up to 200 kg. Mattresses made from fully recyclable materials sit on the 18,000 cardboard beds.

On top of this, all 5000 Tokyo 2020 medals have been produced using 6.2 million discarded mobile phones.

For the medal ceremonies, the TOC commissioned podiums constructed from recycled plastics recovered from the oceans and donated by the public. 1.5 million pieces have been collected and through this, 75 g of CO2 will be saved for each piece recycled.

Finally, stadia and venues will be built from wood which will later be repurposed and used in the construction of public buildings and benches.

However, critics such as Sven Daniel Wolfe, a lecturer in urban geography have claimed that certain sustainability measures are not enough, and pledges made by the TOC amount to greenwashing.

Whilst most modern major events come with a pledge of sustainability by default, the events themselves often fail on these promises as the pressure to put on a spectacle becomes greater.

Campaigners from the Rainforest Action Network (RAN) have been critical of the Games claiming the main supplier of timber for this years’ Olympics, Korindo, has cut down tropical rainforests in Indonesia stolen from local communities.

A RAN spokesperson said: “The stadium comes with the terrible cost of habitat loss for orangutans and other critically endangered species, along with massive human and workers’ rights abuses.”

RAN also claim that other major sponsors of the Games such as instant noodle company Nissin and Japanese bank SMCB are also fuelling deforestation and the climate crisis.

Gone are the days where the existence of climate change is debated on the news and in public forums. Our biggest enemy is now climate delay rather than climate denial.

Bread and circuses can only work for so long, the very real effects of climate change are upon us now.

Whilst every day folk discuss Jamaica’s sprinting dominance or Simone Biles’ mental health, Turkey is been engulfed in floods and wildfires, dozens are dead in Canada after a record-breaking heatwave and China’s flood related death toll has reached 302.

Although the climate crisis is a far more dangerous threat to humans than COVID 19, Wolf believes the Tokyo Olympics won’t be remembered for its sustainability promises or even the TOC’s ability to deliver on them.

Rather, a lack of spectators will mean it is remembered as the pandemic games.

Tokyo 2020 will no doubt surpass the 2016 Rio de Janeiro Games with regard to sustainability, but that is no huge feat given the lack of spectators.

The fundamental problem of climate change has loomed over us for some time now. The effects are here, and green-washed promises are not enough. Urgent action is needed and events like the Olympics set an example to the whole world.

“Until we address the underlying business model of these events, real sustainability will remain a dream” said Wolfe.