Posted on 5 August 2021 by Nathan Frazer-Carroll 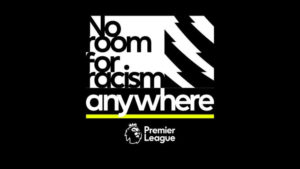 talkSPORT is facing backlash after their presenters failed to call out a blatant ant-Semitic slur aimed at Spurs’ club chairman Daniel Levy. The statement was broadcast live on their Youtube channel.

The incident occurred when a caller phoned in to talkSPORT’s Sports Bar programme hosted by Jordan Jarrett-Bryan and Perry Groves on Tuesday evening.

Tottenham Hotspur has since acknowledged an apology issued by talkSPORT in which the station claimed they were able to prevent the remark from airing live on the radio, but not on their YouTube channel.

Such delays exist to prevent incidents such as this form being broadcast live.

Head of talkSPORT Lee Clayton said: “The comment was rightly dumped [removed] on our radio station, where we broadcast with a slight delay.

“It was however, streamed live on the talkSPORT YouTube channel, which we are currently testing and which awaits a similar profanity/offence delay. Our team did not take our YouTube stream into consideration and therefore the comments were not challenged as they should have been for our viewers on YouTube.”

Clayton also said: “We have suspended live broadcasting on YouTube until we can be sure we have the same processes and protections in place as we have for our radio broadcasting.”

Many are placing blame at the feet of the talkSPORT presenters for not calling out the remark as it happened.

Jarrett-Bryan responded sent a message out on Twitter indicating his stance on the matter and acknowledging that the comment should not have gone unchallenged. 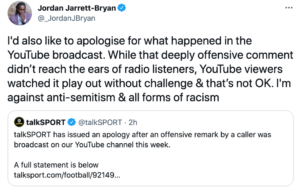 These events shed light on a sensitive and important topic and that is how we position anti-Semitism in relation to other forms of racism.

Some commenters have speculated that society as a whole, including the mainstream media takes anti-Semitism less seriously than other forms of racism.

Others have criticised talkSPORT’s apology as they feel it downplays the nature of the remarks in order to distance themselves from terms like racism, xenophobia or anti-Semitism. 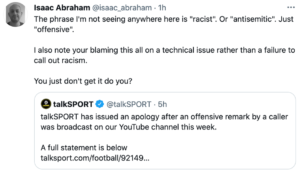 Tottenham Hotspur released a club statement which said: “We were appalled that neither presenter addressed the comment, failing to call out the anti-Semitic trope.

“We are under no doubt that if an equivalent comment had been made regarding an individual’s race or other protected characteristic, the response would have been immediate and far-reaching.

“It cannot be acceptable that anti-Semitism does not receive the same level of condemnation as other forms of discrimination and efforts to tackle it should be no less rigorous.”

Incidents like this drive home the importance of education on anti-racism, no matter the form it comes in. 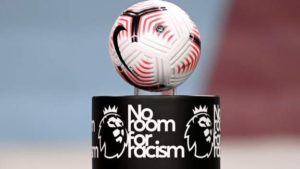 The Black Lives Matter movement has provided fuel to the fight against racism in recent years but black people are not alone in facing prejudice.

It’s not enough to simply be against the type of discrimination that dominates the headlines. Equality means equality for all, and anti-Semitism is no exception to that rule.

Unfortunately, football is often caught in the foul crossfire of political and social conflict, and there is little we can do to change that.

It is possible however, for society to work towards a unified, zero tolerance stance against all forms of discrimination – something we are far from achieving, but something that should be used as a measuring post for progress.