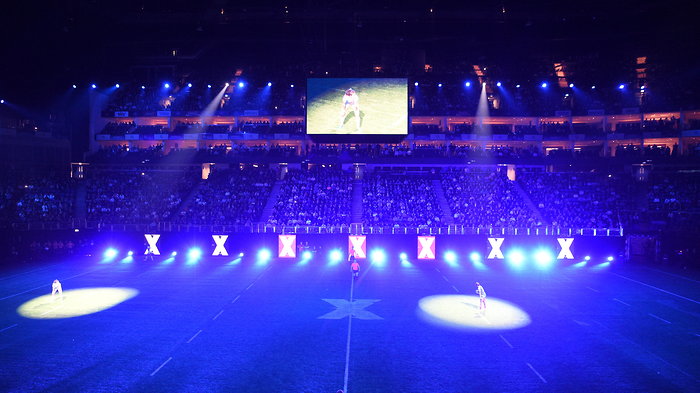 Emma Uren produced an incredible performance in the final of RugbyX. Her pace and skill blew away pre-tournament favourites the USA, as England were crowned Champions.

The 22-year-old scored a hat-trick in the final and outfoxed her opponent in the winner takes all shoot-out. Unfortunately, the confusion surrounding the one-on-one format was one of the few negatives from the evening, for players and spectators alike.

Ultimately what should have been a spontaneous celebration of Uren and her compatriots, was greeted with relative silence from the crowd and the England team.

After a few seconds, an official told the women they had won, but the moment was lost and the celebrations were relatively low-key, to begin with. However, once they were awarded the trophy, the crowd showed their appreciation for an extremely talented squad.

The one-on-one shootout is unique in that the defending side can score a point by stopping the attacker. But when two top sides meet it seems inevitable that in a first to three situation, the side starting with the ball was always going to be the winner.

England had equalised with zero seconds left on the clock through Uren’s late try and were therefore given the ball first in the shoot-out.

The Sports Gazette spoke to Uren after the match and she confirmed the English side were surprised the USA did not get a chance to equalise in the shoot-out format.

USA co-captain Alev Kelter agreed saying: “we were a little victim to the format.” However the positives from the tournament far outweigh the negatives for the Americans, “this needs to continue, and I’m excited for more girls to try it out,” Kelter added.

England, USA, Ireland and France all played some fantastic rugby and everyone present will hope there will be more women’s teams at the next RugbyX tournament.

The US women seemed to have the final wrapped up after a blistering start and deploying the first tactical innovation of RugbyX. Unlike any other side, the USA used a player, more often than not Kelter, in a sweeper style role instead of going man-to-man in defence.

The tactic was seconds away from helping guide the US to the trophy, but for the intervention of Uren. Her raw pace was too much for even the most organised of defences.

Post-match Uren gave her verdict on the competition and the atmosphere inside the O2: “[It was] unreal, it’s indescribable, we haven’t ever had that. I think what is so great, is actually having so many people behind us and showcasing women’s rugby that’s the biggest thing.”

A very happy @_emmauren spoke to the Sports Gazette about the "unreal" atmosphere and home support shortly after her @RugbyXOfficial final hat-trick and tournament winning 1vs1. pic.twitter.com/et8AEzL32l

Both winners and runners-up were visibly excited about the television coverage, the size of the crowd and the electric atmosphere inside the O2. It is no surprise that the players will be pushing for more RugbyX competitions in the future.

Uren could not hold back her excitement when asked if the team would like to play RugbyX again: “100%, the whole event isn’t something that you get every day, it’s not something that comes round often, a home crowd, your family and friends in the crowd supporting you and bringing everyone together it’s amazing.”

Kelter echoed the positivity about the event: “We were excited to be here in the inaugural RugbyX tournament, making history, and hopefully it won’t be the last.”

Tournament director Ben Ryan was quick to admit that the format was not perfect and there may be some tweaks to the scrum and one-on-one format, but was open to constructive criticism to help grow the game.

Ryan has been active on Twitter discussing the format with fans and it is clear his love for rugby can only be a good thing for the sport.

As with any first event there were bound to be teething problems.  However, when you have players as gracious in defeat as Kelter and co-captain Kayla Canett and a star performer in Uren, the future for women’s RugbyX looks bright. 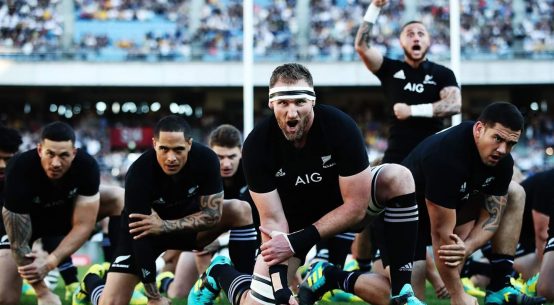 Trick or Treat: A Halloween XV of the scariest rugby players