The dangers of boxing and mixed martial arts were thrown once again into sharp relief this week following the death of 31-year-old British boxer Scott Westgarth following head trauma sustained in the ring.

But another more overlooked source of danger to fighters is the practice of weight cutting. This process involves the loss of ten pounds of body weight and often more in the space of a day or so in the lead up to the weigh in before a fight.

Fighters must compete against their opponents at an agreed upon weight at which they must weigh in a day before the fight.

To reach the weight, fighters often restrict food and water in the last days before the weigh in while also employing other methods of dehydration and manipulating water weight such as saunas and hot baths.

Fighters re-hydrate and replenish themselves in the hours between the weigh in and the fight so they will often gain around 15 or 20 pounds of weight back.

I ask Joe first why fighters risk their health and go through such a difficult process.

“In a fight it’s very important to step inside the ring or the cage as the bigger man both physically and psychologically,” he says. “In grappling, wrestling and in boxing clinching situations the strength and size advantage really counts and of course if you are heavier you have more power in your punches and can take a punch better as well.” 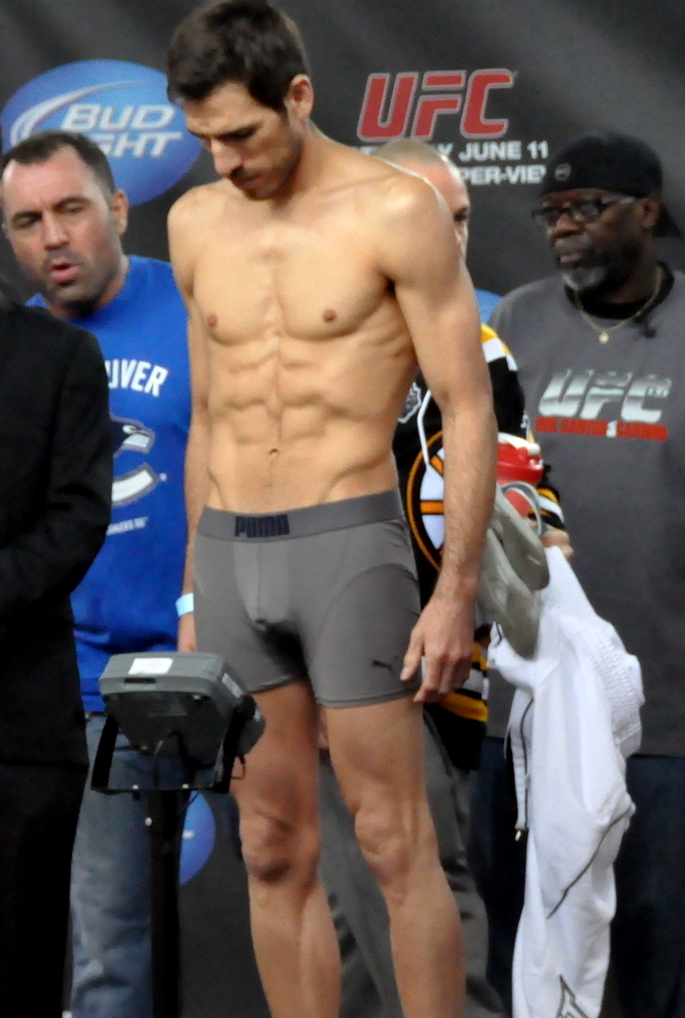 When training camp ends around a week from the fight, the weight cut begins. “A month before the fight I normally started out at a normal weight of around 165 to 170lbs and I would eventually be weighing in at 135lbs,” says Joe. “While training for the fight you diet down so lose the first part of the weight.”“Probably on the Sunday before the fight I’ll begin water loading and drink six litres of water per day for the next day or two,” explains Joe.

“I aimed to lose 10 to 14lbs in the last week. Essentially this part is manipulation of the water weight. I will be so full of water and I will start exercising while keeping the calories very low.”

“Then I start to really sweat the water weight out by spending time in the saunas and not drinking, really dehydrating yourself. You try anything to get the weight down including using diuretics when they were legal which they now aren’t.”

I asked Joe to explain how such an unpleasant process feels and how fighters cope.  “It seems strange to say but the weight cut is the real fight,” he says. “It is horrendous. You are counting down the seconds in the sauna and all you can do is pray the weight comes off and have faith in the process. The sheer focus of the athletes and the lengths to which they will go to enter the cage or the ring is something most people just don’t understand. It means everything.”

Even though fighters evidently will themselves through as they are by nature exceptionally stoic and determined people, the medical risks to weight cutting can be severe.

Dr Graham Close, who works with numerous professional fighters as well as the England rugby team and Andy Blow of the sports hydration company, Precision Hydration, explain just how dangerous weight cutting can be.

“I think there are good and bad ways of losing weight through dehydration,” says Andy. “The problem with losing a lot of weight through dehydration is that any kind of exercise when dehydrated will bring problems. Your body’s reaction times are slower and your speed and strength is diminished. None of that helps you when you are risking your health in such a violent sport.” 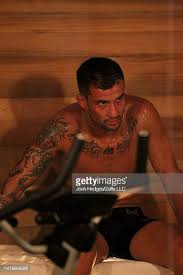 Long term effects are an even more serious matter as the accumulated toll of cutting weight can add up.

“Kidney damage is a big problem,” says Dr Close. “There have been cases of fighters suffering acute renal failure and needing kidney replacements. Of course, damage this severe only tends to result from cutting drastic weight so if a fighter was only losing a few kilograms then they will probably be fine.”

These alarming potential issues are more likely once fighters become more ambitious in the amount of weight they try to lose in the last hours before the weigh in.

“Once a fighter starts trying to cut about 14 or more pounds in the last 24 hours our data shows that this puts a lot of pressure on the kidneys and testosterone levels crash. In the worst cases, I have heard of fighters having strokes in the sauna.”

“A fighter who cuts weight for years is rather likely to incur damage to the kidneys,” says Dr Close. “While those kidneys can recover to an extent, in many cases that damage might well be irreparable. That’s frightening.”

“I echo the concerns about kidney disease,” says Andy. “But I know fighters can experience thyroid problems later in life while there is emerging research that repeated dehydration increases the risk of osteopenia so a loss of bone density. The trouble is that fighters and athletes in general are so focused on the here and now and are willing to sacrifice their future for the moment.”

If a safe means of cutting weight does exist, the answer appears to involve keeping dehydration to a minimum and using a more nuanced, nutrition based approach.

“What I try to instill in fighters is the importance of educating yourself,” says Dr Close. “I try to encourage them to understand how dangerous drastic weight cutting is. Be aware of the risks and act accordingly.”

“I really do favour a tapering down approach over the weeks beforehand as the safest way of cutting weight,” says Andy. “For example, a low carbohydrate diet has the effect of depleting glycogen stores. Glycogen, of course, forces the body to retain water. So depletion of glycogen can mean a fairly straightforward, substantial and loss of water weight.”

“Reducing sodium also forces you to urinate more and lose even more weight that way before you replenish sodium stores immediately after the weigh in. Then you can restrict fibre which tends to sit in the gut and weigh you down. So if fighters adopt a less extreme and more robustly scientific approach instead of sweating out huge amounts of weight at the last minute, the process really can be a lot safer.”