Posted on 19 December 2018 by Tatiana Alderson

The majority of people will know who Roger Federer is.  A tennis champion, he has won a total of 20 grand slams. Do the same people, though, know of wheelchair tennis player Shingo Kunieda? Also a champion of the same sport, Kunieda has won 22 Grand Slam singles titles. Two more than Federer.

Nonetheless the fame of the two players are incomparable. And one of the main causes for this could certainly be the difference in the amount of media coverage they get.

Gemma-Louise Stevenson, 32, was a professional singer and dancer before she was diagnosed with Ehlers Danlos Syndrome, Dystonia and Functional Neurological Movement Disorder and would have to use a wheelchair.  She had been dancing since she was two and a half, performed in the Opening Ceremony at the 2012 Olympics and had worked for West End Directors Nick Bagnell and Russell Labey in productions of Guys and Dolls and My Fair Lady respectively. 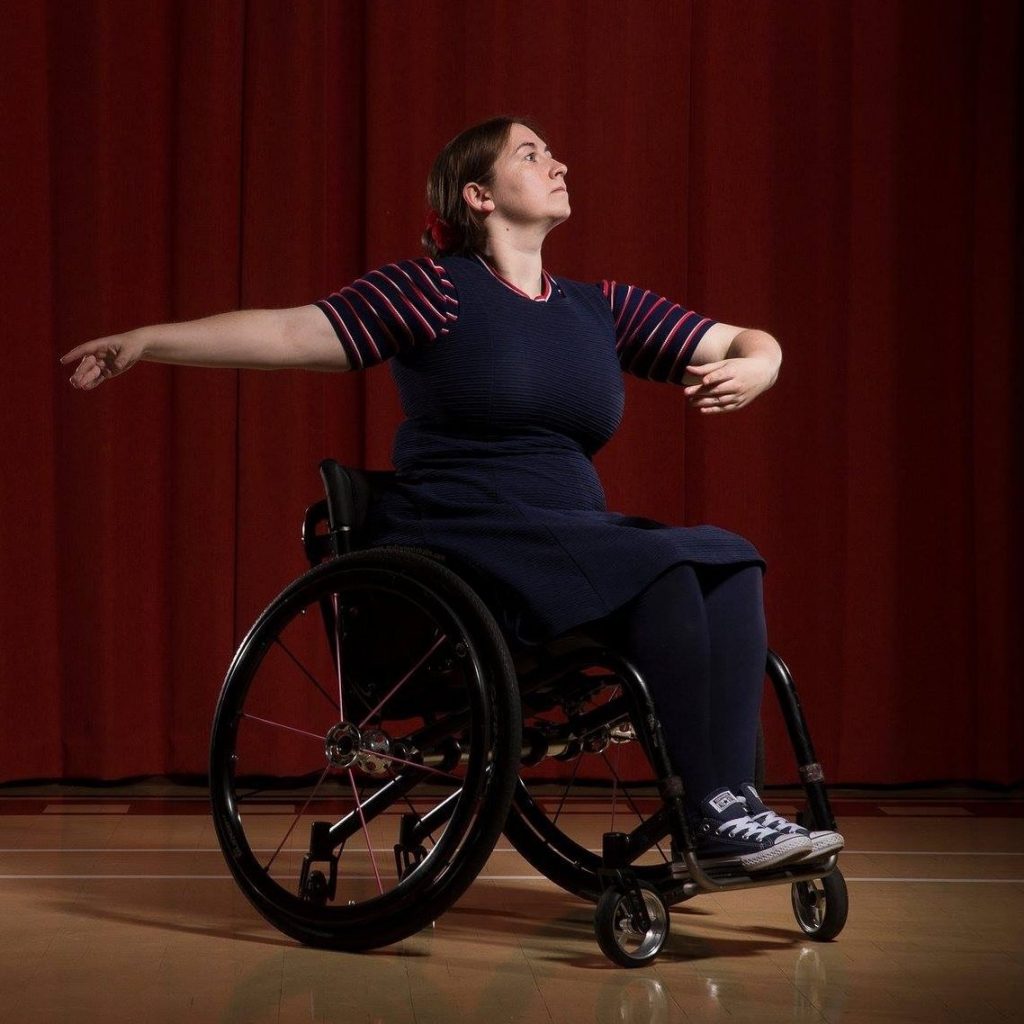 After gaining a masters in Sports journalism from the University of St.Mary’s, Twickenham, she started off her journalism career on the NCTJ Journalism Diversity Fund.

Gemma now works as a sports journalist and freelance broadcaster covering wheelchair tennis all over the world, as well as competing internationally in ParaCheer and playing tennis herself.

She decided to become a sports journalist because she wanted to make a difference in the industry, challenging how news editors who are not from the disabled community think and act towards disability and sport.

Gemma said: “I feel like I have a responsibility to the athletes so that they are seen for their sporting achievements first. I can provide a voice for them.”

“Too often, people just want to publish stories focusing on how the professional sportsmen and women became disabled, rather than celebrate their accomplishments.

Players need to be renowned in the media for their sport, not for their disability.” 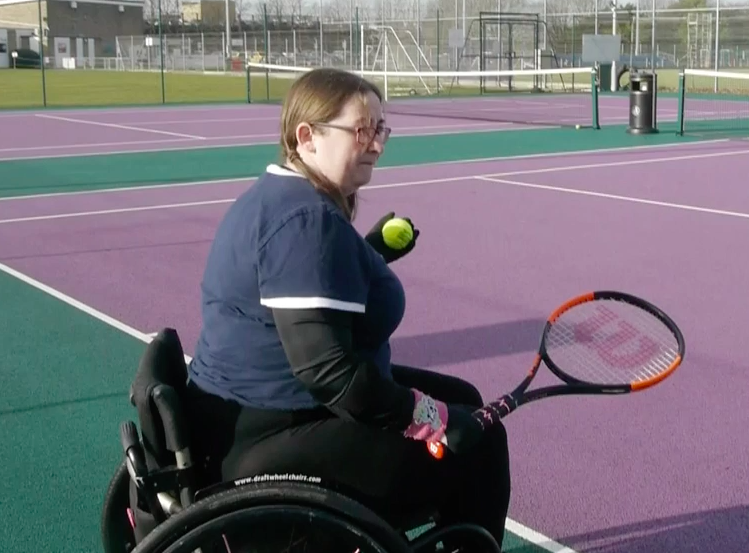 The Australian Open was the first of the four grand slams to include quad tennis in 2002. However, when Gemma travelled to Melbourne to cover it in January, whilst there were many reporters from Australia and Japan, she was the only British journalist at the draw and opening press opportunity.

She described this as “shocking,” considering Britain had two defending doubles champions playing — Gordon Reid in the open division and Andy Lapthorne in the quad division.

“When I asked one UK reporter why they didn’t turn up, they said that even if a Brit won, it may still not even be a big enough story to make the news,” she explained.

This issue of wheelchair tennis not receiving enough coverage is one of the root causes of why it isn’t given as much importance as it should have in the newsroom, despite the fact the athletes train just as hard and similarly to their able-bodied counterparts.

Disability sports regularly live stream their events and social media has allowed them to reach a broader audience and pick up an extremely dedicated fanbase, but they also need that traditional coverage on TV and radio to grow their audience more.

National Governing Bodies are willing to provide these streams to broadcasters, but media companies rarely want to take this up.

Channel 4 have done wonders though since London 2012 to increase the visibility of para-sport but Gemma says now it’s time to move the narratives further even more. 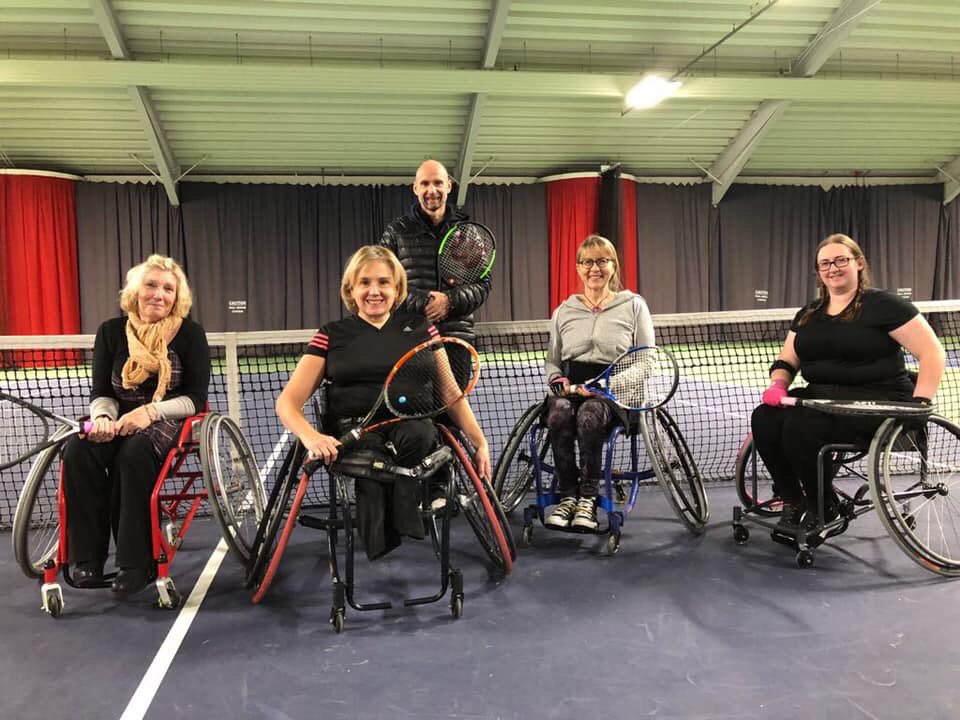 And educating newsrooms about the social model of disability – the thinking that it is societal and environmental barriers not medical diagnoses that makes somebody disabled.

“Instead I was following Australia’s Dylan Alcott updates on Twitter, and yes in features and factual segments on classification the disability and backstory was mentioned but it didn’t become the focus and was balanced out with normalising disability and a fair bit of humour too, I mean at one point Dylan even got Prince Harry to put on a pair of budgie smugglers.

“Most importantly though continuing to portray the line ‘look that person is disabled and look what they’ve achieved’ not only doesn’t give the sporting achievement the platform it deserves but it also puts a lot of pressure mentally on disabled people in everyday lives to push themselves more than they should and feel deflated.

“For example sometimes for me getting up in the morning can take as much as effort as it takes Hannah Cockroft to break those records she keeps smashing – she gets called “inspirational” and I just get seen by society, and the media, as a lazy scrounger.”

Gemma was offered a place on a prestigious broadcaster’s graduate scheme after finishing the MA course at St Mary’s University, but lost her confidence five months in and was diagnosed with an eating disorder because of a manager treating her differently because of her disability.

She said: “There were failures to make reasonable adjustments for my disability.

“I remember once I had one of my unpredictable verbal spasms, which sound a lot like a stutter or stammer, in a breaking news training exercise and my manager showed this to a room full of people and asked me to critique it and what I would do differently next time. The only thing that I could have said was I would not have my disability. 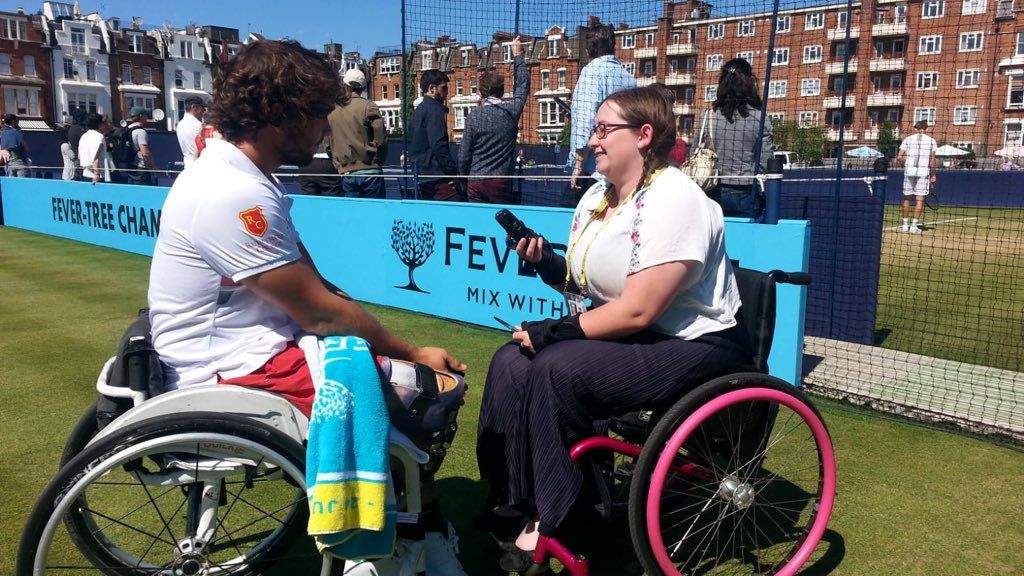 She added: “Media organisations in general really need to adjust their practices. They often refer to disabled talent as contributors meaning they don’t have to pay a wage. It’s happened to me in the industry and i’ve even been told it’s not worth the money to pay me as it’s only disability sport I’m reporting on.”

Gemma now freelances for Sky Sports and a number of UK and international outlets, covering a wheelchair tennis, a range of other para-sports and also disability affairs.

She praises Sky Sports inclusive practice in employing disabled talent, fair pay and parasport coverage, saying it is right up there as one of the best media organisations for it at the minute.

Earlier in the year, for example, she wrote a piece on the first ever quad division match at Wimbledon for Sky and editors included it in the tennis section, alongside interviews with Novak Djokovic and Serena Williams, as they saw wheelchair tennis as what it should be seen as – tennis.

Gemma has also launched the ‘RepresentAbility’ campaign to encourage media organisations to walk the walk rather than just talk the talk when it comes to increasing representation of disabled people with good practice in the industry. It aims to offer support to disabled people currently working in and looking to work in the industry and advice to media organisations from all sectors who want to be seen as inclusive.

The narrative has of course improved since 2012 and some organisations and countries are really improving their media coverage. However, there is still a way to go. Barriers and attitudes that still exist preventing disabled talent to shine in the newsroom need to be lifted, and the narrative needs to be shifted.