With Major League Baseball Spring Training just around the corner, it isn’t long before America’s Game returns to our screens for the summer months.

Whilst the sport’s history means that it is completely synonymous with the States in a way that American Football and Basketball perhaps aren’t, Baseball has somewhat faded from the UK’s sporting consciousness after an 11-year stint on Channel Five, culminating in 2008. Today it enjoys significantly less interest when compared to its American counterparts, as evidenced by the below graphic, which charts Google searches for various US sports over the past 12 months. 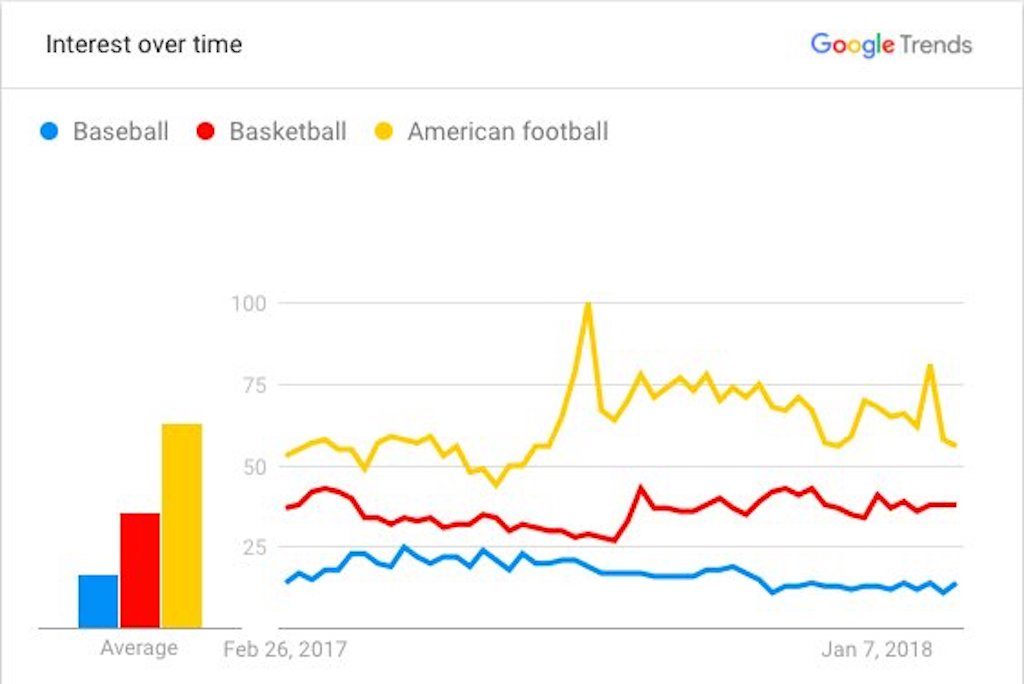 In spite of this, organised Baseball has been played by the UK for over 100 years. The nation’s first and only professional champions bore a familiar yet, in hindsight, unexpected name. Aston Villa won the title in 1890, in an age when teams that are now exclusively associated with football had representative sides across a number of sports.

Villa competed against Preston North End, Derby County and Stoke City for the inaugural championship, whilst West Ham, Tottenham, Fulham and Nottingham Forest were all represented in subsequent years.

And whilst the age of the catchall sports club in the UK – as is the European model today – has long ago passed, participation in the game is once again growing on this side of the Atlantic. Although estimates range, it is thought that over 20,000 people now play the game at an organised level in the UK.

Joe Leavey went along to a Baseball taster session with English club Bracknell Inferno to find out a little bit more about the sport in the country, and to ask why it hasn’t captured the attention of the masses just yet.