This weekend marks the third ever Women’s Football Weekend, which means increased coverage of the women’s game whilst the men are on an international break. 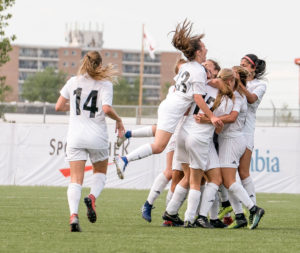 The aim of the weekend is to shine a light on women’s football and showcase the talent it’s got to offer. All matches from both the Barclays FA Women’s Super League (WSL) and FA Women’s Championship will be available to watch on Sky Sports, The BBC or The FA Player.

In her column for GiveMeSport, Manchester City star Lucy Bronze said: “With men’s football on an international break, it’s a brilliant time to celebrate our game and get everybody to make a bit of noise about it. Women’s Football Weekend does exactly this. It brings in more fans and gets everybody watching.”

This year also has added significance, as fans will be able to celebrate it again by filling up stadiums. All the games on Women’s Football Weekend last year were played behind closed doors, due to the pandemic.

People are also encouraged to support women’s teams further down the pyramid, by attending matches in their local community.

For those who won’t be able to make it to a live match, The Sports Gazette’s Ruby Malone has given the top three picks of WSL games to watch out for this weekend.

You can also find more information on where to watch each game in this FourFourTwo article.