Skip to content
You are here
Home > Olympic Sports > World Athletics Championships: Chris McAlister on his biggest hurdle so far 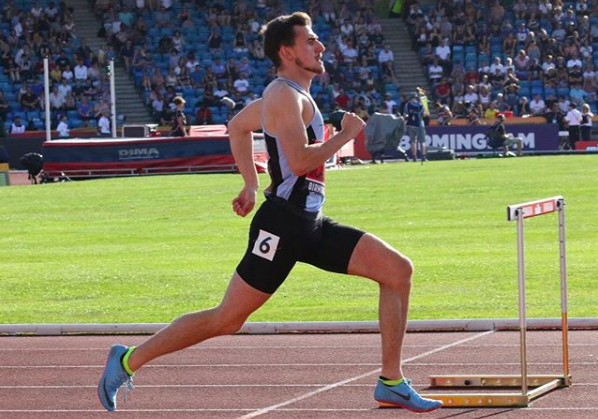 Chris McAlister on his way to victory at the British Championships. @chrismac400h

This may be slightly understating things for one of track and field’s most gruelling events, but Chris McAlister is keeping it simple on the way to his first athletics World Championships.

McAlister’s rise to the top has been remarkable, nine years in the making. After starting his competitive athletics career as an under 15, and not starting to run the 400m hurdles until three years later, some could say he was rather late to the party. Yet, steady improvements have seen him rise through the sport as he tops the UK senior rankings for 400m hurdles this year, the only athlete to have achieved that elusive World Championships A standard time.

Being part of what could be called the 400m hurdles “super group” that is Team Marina, can only have helped that.

“We’ve had a really good year this year and there’s been a real positive vibe around the camp all year long,” McAlister says of the group. “Everyone’s enjoying their athletics and it’s a nice group to be around.”

Marina Armstrong’s training set up has long been synonymous with 400m hurdles success, with a host of national medallists and international call ups in the group.

For McAlister, this has proven a formula for success: “Even without the quality training that we put in, they’re a nice group of people. It really does make a difference when you don’t feel like it’s training, you don’t feel like you’re working in a way. You’re kind of there for fun and you’re chatting with your mates so it really does make a difference. On top of that they’re a high-quality bunch, I’ve got people really pushing me so it’s a really good environment to be in.”

The enjoyment for the Thames Valley Harriers athlete is even more poignant given that alongside full time athletics training, he also balances work as a full time civil servant.

“I do it [athletics] for a hobby and as soon as I lose that enjoyment it would get a lot harder. Obviously there are ups and downs but I do really enjoy the competitive edge to athletics,” McAlister explained.

It helps that McAlister has an interesting job that he can fit around the athletics, and his organisation with nutrition is key to his success.

“In terms of the brain power I use, it’s a different kind of concentration. I make sure that I eat properly and make sure that I’ve got the energy for training for the physical performance. I sit down at a desk at work and I do kind of quite interesting policy work. We’re solving challenges all the time and it’s not physically demanding and I’m rarely stressed with it which is really, really good so in a way it kind of makes it the ideal job to go alongside athletics.”

And yet, it appears that very little stresses out McAlister.

“I don’t feel a lot of pressure right now which is good, I think it’s good to be going in feeling like this” he says when I ask about the World Championships facing him. “My way of dealing with it is to not think about it too much. We’re just focussing on running over ten hurdles and it’s just a repeat kind of pattern and it’s simplified down to that much.”

As a someone who didn’t earn his senior international vest until only this year, McAlister is taking it all in his stride well.

A fourth place in the European Team Championships earlier in the year saw him make a fine international debut and he’s trying to take that cool head into Doha.

“When I do feel the pressure, I kind of simplify it down,” said McAlister “I’ve done all the hard work. We train hard so the races are easy.”

And yet he says that there’s still been a few hurdles other than those on the track: “I have got it wrong a few times this year. When I walked out at the Anniversary Games I was overawed by the stadium, obviously it’s massive, there’s 30,000 people in here and it was crazy and my head was all over the place.”

“But I do generally run my best when I’m relaxed, so I’ve used the experience of this year to build my confidence in the mental side and simplify it down in the big moments.”

McAlister will need all the experience he’s got as he steps out onto the track to face the best in the world.

Luckily, he says that the best is yet to come: “I like to think I’ve saved my best for the World Championships. I’d like to do myself justice really, the shape that I’m in, I’ve had a really good season and I’ve built up to this for a whole year so it’ll be nice to be around about my best or just sneak a personal best would be good. I’ve stayed in good shape, I feel like I’m in a good place so we’ll just see what happens.”

After such a stellar year, the next one could be even bigger. With the 2020 Olympics just around the corner, McAlister is staying realistic.

“It would be really nice to go and that would be an incredible experience but I also have half an eye on Europeans as well in Paris in a fantastic new track so it’ll be amazing to get there and get experience from that as well. I know that the Olympic standard is tough and I’ll have to run out of my skin to achieve that.”

It’s been quite the year not only for McAlister, but for his event as well.

With the world record for the 400m hurdles broken once this year already on the women’s side and the men’s looking set to go any day now, it’s the event athletics fans can’t get enough of.

“They’re on a different level right now,” McAlister says of the top men challenging the world record. “But it’s very inspiring and it shows you what you can do. I look at someone like [Karsten] Warholm and he works hard, he runs his heart out every race, and I think maybe one day, maybe not as good as him but I can get certainly a lot better. But it’s really inspiring to see and everyone’s paying attention to the 400m hurdles and watching them at the front so it’ll be really cool and I’ve just got to try and keep up.”

For someone who’s event is flying over hurdles, it seems that Chris McAlister’s feet are firmly on the ground.

Julia Cook
Following a year at Arsenal FC as a football coach and English Teacher, working both in London and in Vietnam at one of Arsenal’s international Soccer Schools, Julia completed a BSc in Sport Science at Swansea University. During this time Julia built her journalism portfolio, having articles published in Athletics Weekly and Vinco, as well as Swansea University’s newspaper, the Waterfront, alongside working as the Media Executive for Sport Swansea for two years, and on the social media accounts for British Athletics and Vinco at major athletics events. Having played sport her entire life, most notably athletics to a national level, football to an academy level and a stint with GB skeleton, sport has been central to every aspect of Julia’s livelihood. She now continues her studies at St Mary’s University, writing for the Sports Gazette. Follow Julia on Instagram and Twitter: @juliaellencook 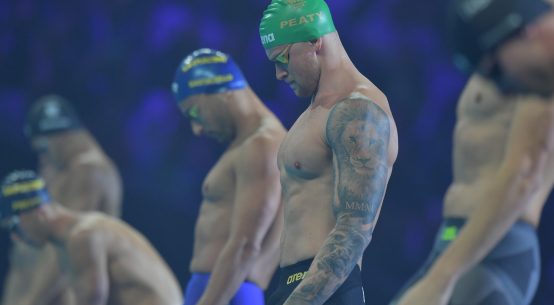 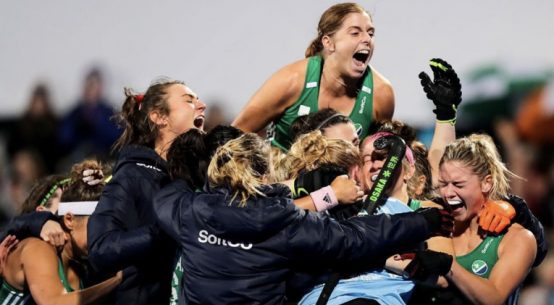