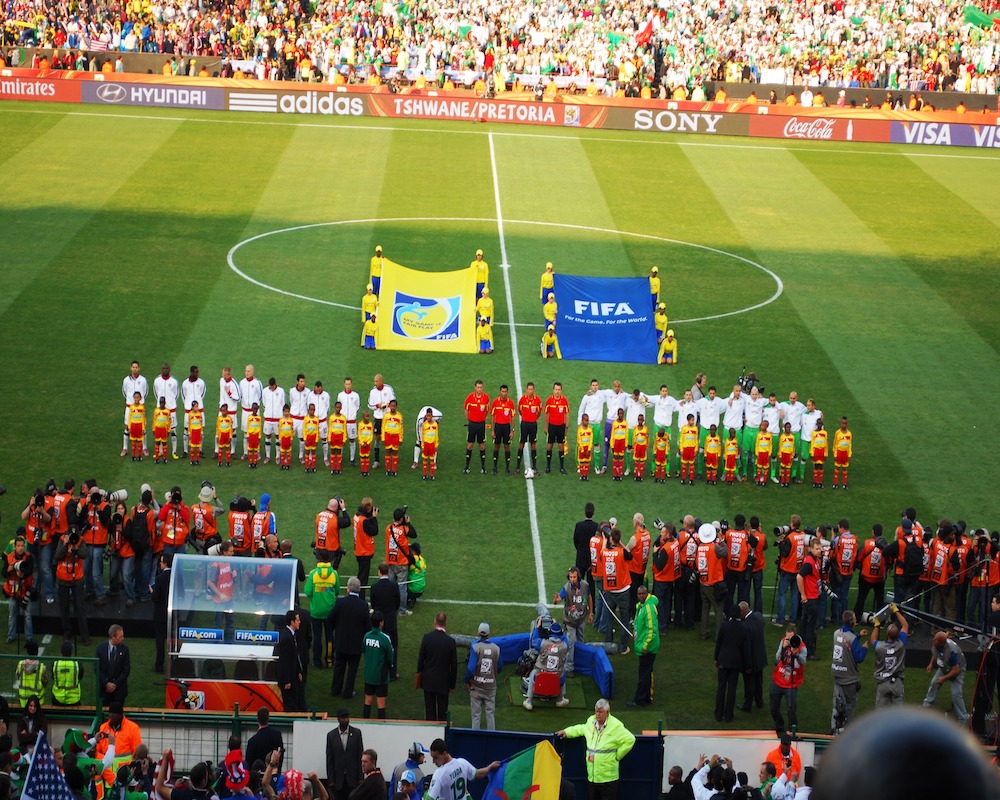 The international football world has recently bid farewell to a handful of great servants.

Modern day legends such as Holland superstar Arjen Robben and Italy’s 2006 World Cup winner Gianluigi Buffon have recently decided to walk away from the international game.

While both their nations failed to qualify for the upcoming World Cup, their decisions were made for the good of their national teams and the players themselves.

Representing your country is seen to be the ultimate achievement as a professional, and walking away from it must be one of the toughest decision in the career of a footballer.

However, as a player there comes a day when you must come to the realisation that it is time to move on as your impact on the international stage is fading away.

With the international break coming to an end, it’s the perfect opportunity to consider those players who should be calling time on their international careers.

The starting eleven will be deployed in a 3-4-3 formation.

The manager and the substitutes to this World XI can be debated amongst yourselves: 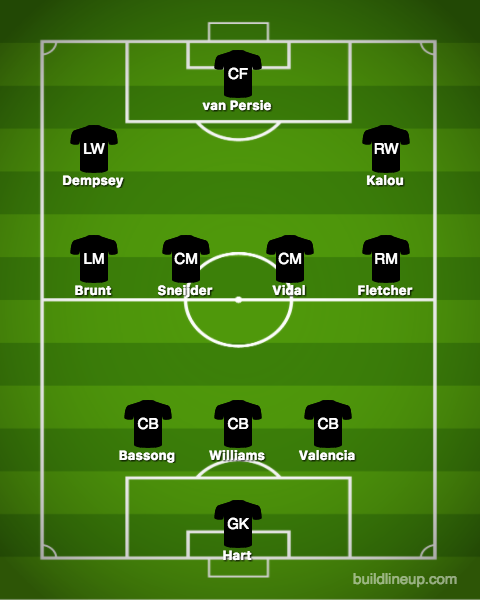 Although he is still considered to be the preferred choice for his country, Hart must seriously consider calling time on playing for the England national team.

The 30-year-old has enjoyed great success throughout his career, winning two Premier League titles, two League Cups and one FA Cup. In spite of these accomplishments, the goalkeeper has been part of a number of England squads that have failed to live up to expectation in recent years.

After a number of mistakes during last year’s European Championships, and an unconvincing start to his loan spell at West Ham United this season, the goalkeeper might benefit from ending his career on the international stage.

It is surely the right time for Hart to call it a day with Jordan Pickford and Jack Butland ready to seize the opportunity and provide England with stability for the foreseeable future.

The Manchester United man seems to be getting better with age but he could potentially prolong his club career if he decides to hang up his boots on the international stage.

Valencia has earned more than 90 caps for the Ecuador national team without much success, failing to qualify for the World Cup in South Africa and the upcoming tournament in Russia.

The 32-year-old has gained little solace from his appearances in the Copa America as Ecuador have only reached the quarter-final stage of the tournament once since 1997.

Valencia would arguably benefit from ending his international career and rather focus on bringing continuous success back to Old Trafford for the remaining years of his footballing career.

It’s fair to say that Williams has endured a torrid start to the campaign.

The 33-year-old was recently dropped from the Everton starting eleven following a host of disappointing displays at Goodison Park. His poor form was summed up when he made a mistake in the build up to the goal which saw Wales fail to qualify for the upcoming World Cup.

Although he was sensational when the Dragons reached the semi-finals in last year’s European Championships, his start to this season shows that he needs to step down as the Wales captain.

Without the pressure of leading his country, the central defender could solely concentrate on his club career and help Everton become genuine contenders to break into the Premier League top-four.

Remarkably, the former Premier League defender is available to play for the Cameroon national team.

The 31-year-old has earned 18 international caps throughout his career but it has been two years since he has been selected to represent his country.

Bassong was not involved in the squad that won the African Cup of Nations earlier this year which shows that Cameroon are coping extremely well in his absence.

The defender should seriously call it a day on his International career and given the fact that he hasn’t been able to find a club since the summer, he might need to hang up his boots on his entire footballing career.

After Northern Ireland failed to qualify for next year’s World Cup in controversial style, it might be the perfect time for the West Brom playmaker to leave the international stage.

The 32-year-old has been a constant figure in the national team over the years, making over 60 appearances for his country.

Although he will surely be desperate to be involved in a major tournament after missing last year’s European Championships through injury, the midfielder must consider his long-term footballing career and hang up his International boots.

He’ll be able to use the international breaks to fully recover from the physical demands of top-flight English football.

The 30-year-old midfielder announced that he would retire from the national team following their disappointing qualification campaign where they failed to reach the World Cup finals for the first time since 2002.

However, Vidal overturned his decision the next day and vowed to continue representing his country for the foreseeable future. The Bayern powerhouse must re-evaluate this and realise that it would be best to stop playing international football.

Vidal has been involved in arguably the greatest generation in the country’s history after securing back-to-back Copa America titles.

Nevertheless, cracks started to appear when they lost the Confederations Cup final this summer and slumped to some poor defeats at the hands of Bolivia and Ecuador.

The midfielder will surely be past his physical peak once Qatar host the World Cup. After al his successes with Chile, he has nothing to prove on the International stage.

Sneijder was one of the best in the business at his peak but unfortunately it is time for him to follow in Robben’s footsteps and walk away from the national team.

The Netherlands are experiencing a difficult time on the international scene, failing to qualify for back-to-back major tournaments which underlines the need for a complete revamp.

Sneijder was one of the driving forces in helping the team reach the World Cup final in 2010 and he was also involved in the squad that were eliminated at the semi-final stage in Brazil.

The 33-year-old has won league titles in Spain, Italy, Holland and Turkey, not to mention a Champions League title with Inter Milan seven years ago, and he will go down as one of the best of his era.

If he continues to persist to play for the national side, he could potentially tarnish his reputation as football is slowly becoming a sport with a short memory.

Although Fletcher will be itching at the chance to lead his country out at a major tournament, time is certainly against him and it might be the right time to call it a day and focus on his club responsibilities.

The midfielder has enjoyed an incredible career in terms of trophies, winning five Premier League titles and the Champions League during his spell at Manchester United.

The 33-year-old has been a magnificent servant to the Scotland national team, making a total of 80 caps. Even so, he should be contemplating international retirement after they once again fell at the final hurdle with regards to World Cup qualification this time around.

It might be best for all parties involved for the Stoke man to hang up his international boots as Scotland seek a fresh approach both in terms of management and players in order to help them qualify for a major tournament for the first time since 1998.

Similar to Vidal, the former Chelsea man decided to reconsider his decision to retire from the international game and he featured for his country as they attempted to qualify for the upcoming tournament in Russia.

It was however not to be the fairy tale ending for Kalou as Cote d’Ivoire failed to overcome Morocco in the playoffs and for the first time since 2002 they will not feature in the World Cup.

The international comeback backfired for the forward and it is now time to leave the international stage for good. Kalou was also part of a golden era and eventually secured Cote d’Ivoire the African Cup of Nations two years ago.

The 32-year-old has nothing to prove for his country and he needs to swallow his pride and allow the team to build for the future and once again become a force who can compete against the very best.

This might be the most controversial decision of the entire starting eleven.

The 34-year-old is currently level with American legend Landon Donovan as the country’s all-time leading goalscorer and he is likely to retire once he notches up one more goal for the national team.

However, Dempsey has not scored in his last five matches for the US and this might have contributed to them failing to reach the World Cup finals for the first time since 1986. For the Qatar World Cup, the striker surely cannot be tasked to lead the side.

The US need to find his successor as soon as possible. Dempsey should not be allowed to continue with the national team due to sentimental feelings as this could stall their progression in the long-term.

The former Arsenal and Manchester player leads the all-time goalscoring chart for the Dutch national side with 50 goals to his name but he must step down and allow the next patch of talented players to perform on the big stage.

The 34-year-old has been hindered with injuries throughout his illustrious career and walking away from the international scene will enhance his chances of remaining in the professional game for a few years to come.

Like the majority of players in this XI, he has demonstrated that he can deliver for his country in the past but the supporters will not be too disheartened when he decides to call it a day.

There is nothing worse than watching a former great player struggling to perform on the world stage. 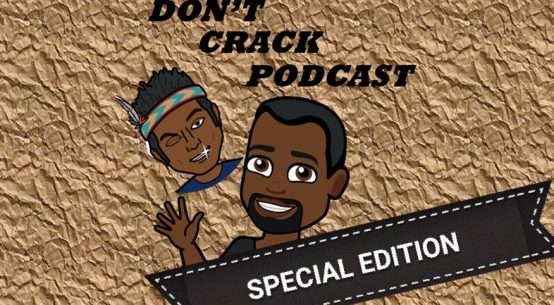 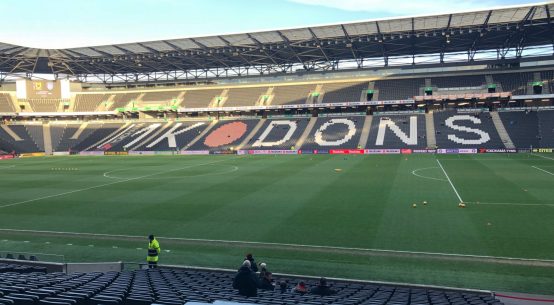