After an undefeated year which featured a third consecutive Six Nations title, and back-to-back victories over New Zealand, England’s Red Roses grow a cut above the rest. From this bunch, the World Rugby Women’s 15s Player of the Year has emerged.

“I spend most of my weeks training with those guys. So, it was really special to have all of them in the room when I received the award.” Aldcroft said. “It was amazing to receive it from someone who’s won it in the past, all these things are just inspiring.”

Coincidentally, this was not the first time that Alphonsi had presented Aldcroft with an award at Hartpury College, in what has proven to be lucky omen. “One of the first times I actually came down to Hartpury, it was an-under 15’s regional competition, and she (Maggie Alphonsi) actually presented me with a player of the tournament trophy.”

“I hadn’t seen her since, so every time she comes to Hartpury, she has presented me an award, which is really weird! It was really nice to receive it from someone who’s obviously been in this position, and has worked so hard for it as well.”

This was the second piece of silverware for Aldcroft this year, as she was pivotal in England securing their Six Nations title. With such consistent success, the Red Roses have established a mindset for winning, and Aldcroft discussed how the side never looks any further than beating what’s in front of them.

“So, I think it’s just about going through our processes, getting that job done each and every single week. And then, obviously it’s amazing to get the Grand Slam wins, and a full house in the Autumn.”

Aldcroft is one of the first names on Simon Middleton’s team sheet, and the 2021 World Rugby Coach of the Year gave Aldcroft her first taste of captaincy last November, which saw her lead England to an 89-0 victory over the USA.

Aldcroft was “absolutely ecstatic” when Middleton broke the captaincy news on her birthday. “I was just really happy; I couldn’t really believe it. It’s just something that I never really thought would happen.”

“All the girls played absolutely amazing in that game. It was just a really good experience, and a really good cherry on top of the cake, finishing the Autumn Internationals on such a high.”

The lock scored a fantastic breakaway try to secure a clean sweep of test matches for 2021. With so many accomplishments, Aldcroft had to reach high for the stand-out moments of her on-field year.

“When I think about this year, I think that those line-outs (against New Zealand) were amazing. It’s such a second-row thing to say!”

“I think on-field that is definitely a thing that I’ll remember, or even just those two games, the Black Ferns games, they are two real big highlights of this year for me.”

New Zealand remains the focus of attention for the Red Roses, with the pandemic-delayed 2021 Rugby World Cup kicking-off in October 2022. England have drawn France in Pool C, and Aldcroft believes that competition has never been closer between the old enemies.

“Every time we play France, it’s a massive, massive battle. I think it’s a game that we really get up for every single time. The margin at the moment is just so, so small, we just never know who’s going to come out on top.”

“We’ve played them so much we know them inside out; they obviously know us inside out. Every time we play them it’s just a massive game.”

With eight Red Roses in 2020’s ‘Team of the Decade’, England have a celebrated World Rugby honours list, with Aldcroft as the latest addition. The Gloucester-Hartpury star is inspired to achieve greatness, every time she lines up alongside her heroes.

“They’re just such a massive presence in the team, and standing next to them, and running outside of them, I was always like, “Oh my God, I can’t believe it!”

“I can remember I’ve actually got Emily Scarratt and Mo Hunt’s signatures from when I was about 15 years old. And I still have them now. And so, it’s just amazing to be able to like stand next to them and play beside them.”

In the same way that a young Aldcroft was inspired by Scarratt and co, the 25-year-old is now passing on her knowledge to the next generation.

Aldcroft is no stranger to the role model status that comes with being the world number one, due to her coaching involvement with the AASE League Girls team at Hartpury College. This position holds great sentimental value to the Red Roses forward, who is excited for the future of the women’s grass roots game. 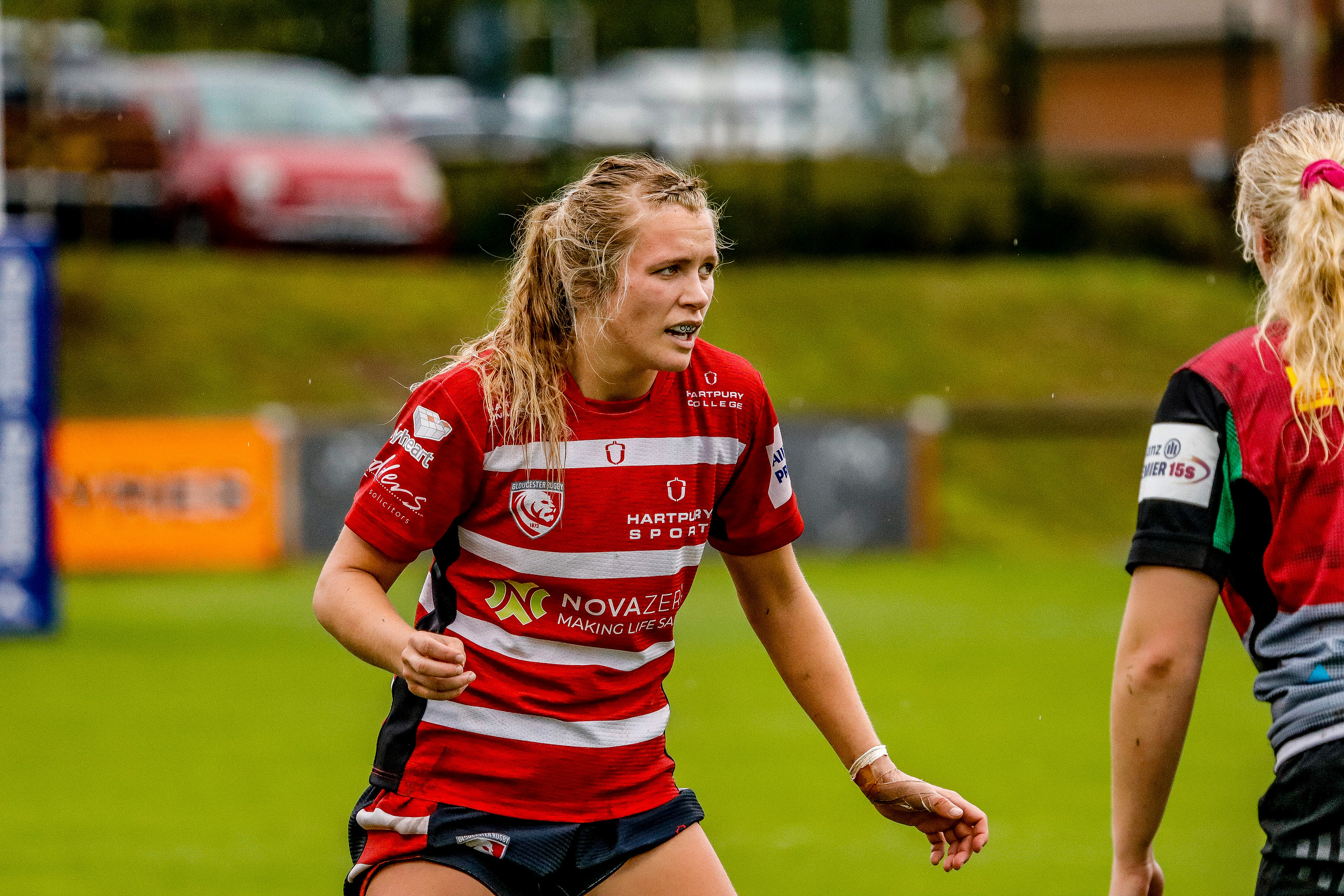 “I went to college at Hartpury, so it’s really good to see the development now from what it was, because when I was there, there was only 24 of us that played, and now there’s like 72 young girls, and it’s absolutely mayhem on the crumb!”

“It’s amazing that so many girls are coming through, and to be able to coach them now is, it’s really special to me, because I can see that pathway coming through. And it’s just amazing to see how much women’s sports actually growing now, and how many young girls actually want to play it.”

“Obviously, there was a massive stigma around it maybe before that. It was like it’s (rugby) not really a sport for girls. But now it seems to be like, no one really is bothered if you play rugby, If you’re a girl or whatever. It’s amazing to see.”

Aldcroft’s England teammate Poppy Cleall was also nominated for the award. The Saracens star congratulated Aldcroft, and reminded her of next year’s World Cup challenge.

“Poppy’s been amazing. She’s an amazing rugby player.” Aldcroft added. “She actually messaged me something like ‘we have won awards each now’, and then we basically just said, ‘we have to win the big one next year together!’ ”