Skip to content
You are here
Home > Combat Sport > Boxing > In Sunshine or in Shadow: How Boxing Brought Hope in the Troubles by Donald McRae – A Review 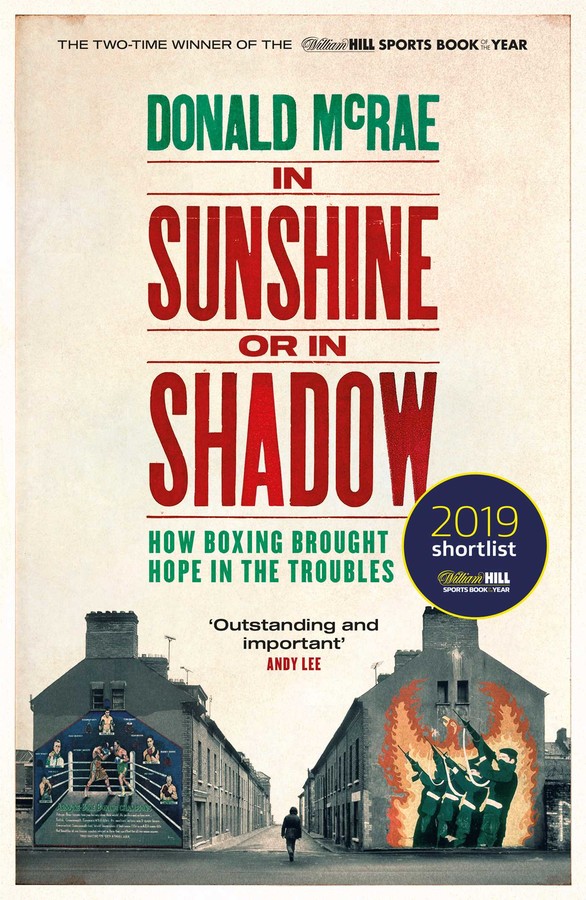 Donald McRae's 'In Sunshine or in Shadow: How Boxing Brought Hope in the Troubles', shortlisted for the William Hill Sports Book of the Year. Simon & Schuster.

As someone who has grown up in a Northern Ireland post the Good Friday Agreement, I have been told and taught the dreadful tales of the Troubles.

I knew that sport had suffered from the violent landscape which Ulster found itself in.

But I knew very little about the positive influence which boxing brought in Northern Ireland’s darkest days until I read Donald McRae’s In Sunshine or in Shadow: How Boxing Brought Hope in the Troubles.

The South African writer and two-time winner of the William Hill Sports Book of the Year is once again shortlisted for the award. This time it is for his powerful storytelling on a golden era of boxing in Northern Ireland.

McRae never claims that boxing changed the course of the Troubles. Instead, he tells the incredible story of how boxing was able to ignore the sectarian divide and promote respect and peace in a society which had been torn apart by violence.

The author gracefully glides through the stories of each boxer, sharing their light-hearted and heart-breaking anecdotes against the bleak backdrop of the Troubles.

The book focuses on four boxers and one extraordinary coach.

These men came from different backgrounds and different communities, and each one faced their own traumatic ordeals relating to the Troubles.

McRae puts the period into perspective from the offset, starting with Bloody Sunday in 1972 where 13 people were killed by British soldiers. He describes how future Olympian and European champion, Charlie Nash, discovered his younger brother, William, or ‘Willie’ as he was better known, lying dead under a sheet in a morgue.

At the heart of In Sunshine or in Shadow is boxing coach Gerry Storey and his Holy Family Boxing Club.

Storey, a hugely successful coach, welcomed young men from both sides of the sectarian divide to train at the Holy Family gym in the republican heartlands of the New Lodge area in Belfast. His disregard for the political background of individuals is illustrated clearly when he is depicted coaching both republican and loyalist prisoners in the Maze prison.

Storey was welcoming to people from both sides of the divide and he was warmly accepted by both communities in return.

Storey and his boxers had the privilege of free movement and their ability to transcend sectarian borders brought hope of a more tolerant and brighter future.

Sadness engulfed Ulster but as the title of McRae latest book hints, Charlie Nash, Davy Larmour, Barry McGuigan and Hugh Russell’s boxing offered sunshine despite the shadows of the Troubles.

The winner of the William Hill Sports Book of the Year will be announced on 5 December.

Three seems to be the magic number for Donald McRae. He has been named Sports Feature Writer of the Year on three occasions and he is also a three-time winner of the Interviewer of the Year award.

With two William Hill Sports Book of the Year awards already under his belt, In Sunshine or in Shadow is certainly worthy for his third. 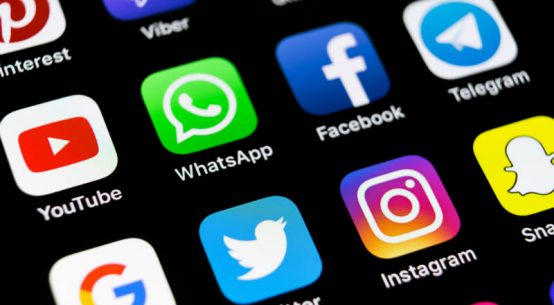 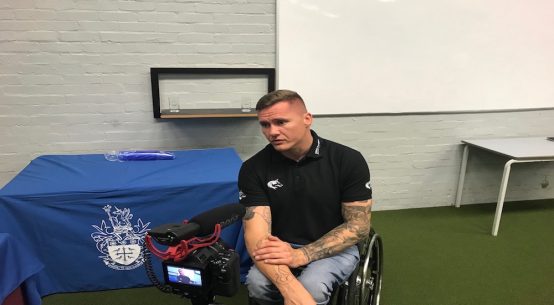 “You feel like you’ve won everything you can for them, and then you’re forgotten about”: David Weir CBE on his Academy, London Marathon victories and Mental Health