For the past couple of months, mainstream sports around the world have been put on hold due to the coronavirus pandemic. However, in such uncertain and disruptive times, the competitive gaming industry has remained relatively unscathed. In truth, it has done more than just remain unscathed. It has prospered.

Esports has come to the forefront, with people increasingly turning to gaming to fill the empty hours of lockdown. The extensive digital scope of the sector has not only attracted millions of new followers, but has also helped to protect the industry from some of the most devastating effects of the virus.

With the advancement of technology, gaming is not solely about competing. It has developed into an increasingly popular spectator sport, with YouTube and several other gaming sites allowing people to tune in and watch the world’s best gamers. Twitch, one of the world’s leading platforms for streaming gameplay, has seen its audience drastically shoot up.

According to figures from StreamLabs and Stream Hatchet, Twitch accounted for 65% of the total streaming hours watched during the first quarter of 2020, topping YouTube, Facebook and Microsoft’s gaming platforms.

The popular streaming site has also seen an increase in its total hours watched and streamed. Both had previously been on a downward trend in 2019, however, viewing and streaming figures rose steeply to 3.1 billion and 121.4 million respectively in the first quarter of 2020. 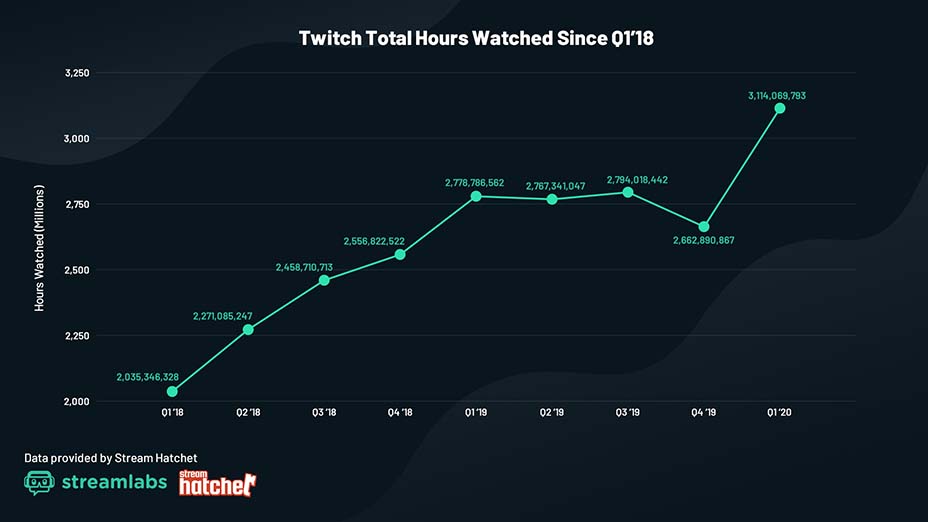 Gaming has also been the beneficiary of celebrity endorsement. Take for example the Formula One Esports Grand Prix Series. The virtual races have not only attracted current F1 drivers such as Charles Leclerc, but also a wide range of sporting celebrities including Ben Stokes and Thibaut Courtois.

Elsewhere, Premier League footballers have been putting their FIFA skills to the test in the ePremier League invitational tournament – the final day of which was broadcast live on Sky Sports. Tennis has been similarly competitive with players on the ATP and WTA tours taking part in the Madrid Open Virtual Pro last month.

However, while Esports has fast become the much-needed remedy for many sports fans, the industry is not entirely immune to some of the effects of coronavirus. Mike ‘Gregan’ Ellis, Rocket League World Champion, is someone who understands this very sentiment.

“Esports is growing well, getting more mainstream coverage and having a good run in terms of showing its robustness in a time of crisis,” he said.

“However, with the [lockdown] period some games are struggling, some jobs are struggling and a few organisations have had to liquidate.  As you can imagine the income of many of the companies relies on other industries or individuals willing to invest.”

Despite the digital nature of Esports, major gaming competitions are often held in big stadiums and attended in the same way as conventional sports. Take for instance last year’s Fortnite World Cup. In addition to the 2.3 million views it received across Twitch and YouTube, the tournament was also watched by 19,000 at New York’s Arthur Ashe Stadium.

The current record for a paid audience at an Esports event was set in 2017, with 45,000 people attending the Riot Games at Beijing’s National Stadium. This record is expected to be eclipsed in 2020 by the latest instalment of the League of Legends World Championship in Shanghai.

However, while the World Championship – scheduled for the end of the year – should be okay to go ahead as planned, similar Esports events have been hit by coronavirus.

Nevertheless, where mainstream sports have been forced to an abrupt halt, gaming has largely found a way. Its trajectory as a growing industry has only been accelerated by the pandemic.

Twitch is estimated to have grown its audience by over a third, while research from Newzoo – in response to the increased viewership during quarantine – forecast that team streaming revenues would increase from $18.2 million to $19.9 million in 2020.

However, as Ellis explains, Esports face a tough challenge over the coming months in trying to maintain such high levels of interest and popularity.

“Esports’ biggest issue is not whether it’s entertaining or not, it’s whether someone knows it’s entertaining and is willing to get invested,” he explained. “Hopefully this period will have brought on new fans who stay for a long time.”

It remains to be seen just how defining this period will be for Esports. However, what we can be sure of is that the competitive gaming industry has never been in a healthier position.