Skip to content
You are here
Home > Features > “A top 12 is my aim for the Olympics”: Team GB’s Jerry Rice on skeleton, his chances in Pyeongchang and sharing a name with a NFL Hall of Famer 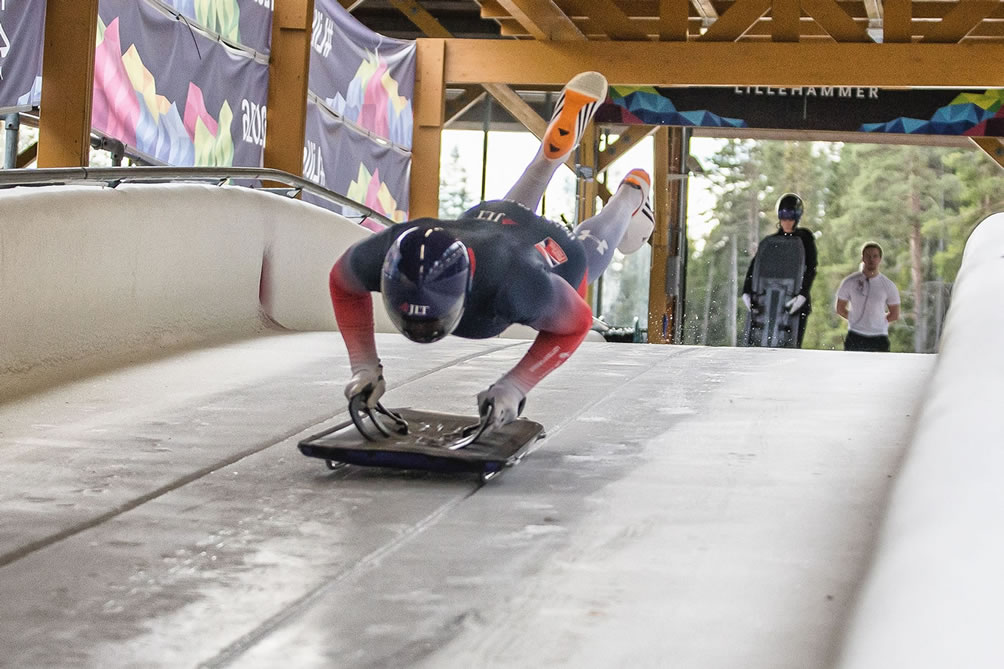 Despite being a country that has no ice-track of its own, Great Britain has a fabulous record in the skeleton.

Of all the countries that have  a skeleton medal to their name, Team GB has won six, with the USA being the only country to have won more with eight.

Their success in this particular discipline has gone some way in the high medal expectations set by UK Sport for Team GB at Pyeongchang.

They have said that Team GB are to return with five Winter Olympic medals, eclipsing the highest tally achieved by Team GB of four in both 1924 and 2014 (although the 2014 may be increased to five if the Russian athletes in the bobsleigh have their medals revoked due to drug bans).

So with that pressure being added to an already colossal amount of expectations to perform, I wondered how the skeleton athletes were processing this and to find out I spoke to Team GBs Jerry Rice.

Born in High Wycombe, Rice grew up playing rugby and was actually playing at a semi-professional level in both rugby league and union playing full-back for Hemel Stags and Amersham & Chiltern.

He had spent the summer of 2012 playing Sevens but during the winter worked on the Cresta run in St Moritz, Switzerland which is credited as being the birthplace of bobsleigh, luge and skeleton.

Rice said: “While I was out there I was able to slide on the track (one of the only natural tracks left in the world).

“I got quite good after 4 months out there and someone said to me I would be good with skeleton as well.

“I got in contact with British Skeleton and they allowed me to come down to Bath University (our training base) and try out. They obviously saw potential as I joined the program that winter.”

Having only been competing in the skeleton since 2012, Rice’s success has been pretty outstanding.

He finish second in the Europa Cup standings in 2014/15 and went on to be crowned as the 2016/17 Intercontinental Cup champion. He has also finished 15th place or lower on five occasions when competing in the IBSF World Cup.

But, despite this success, Rice has higher expectations of himself. He said: “My 19th in the 2016/2017 world championships was actually a disappointing result for me.

“I had hoped for a top 16. However I learnt from it and this year my best finish on World Cup was 11th place!

“I am a year more experienced now and feeling better then ever. So a top 12 is my aim for the Olympics!”

With Team GB’s relative medal success in the skeleton, with medal winners ranging from David Carnegie, 11th Earl of Northesk, in 1928 to Shelly Rudman and Amy Williams in 2006 and 2010 respectively, one might believe that there is a culture of winning brewing in the skeleton team room.

And Rice is hoping to learn from Lizzy Yarnold, gold medal winner from Sochi 2014, who has been included in Team GBs party to go to Pyeongchang and favourite to carry the flag in the opening ceremony, despite a relatively disappointing season in her high standards, finishing 9th overall.

Rice said: “Having Lizzy around is great, she has a lot of experience and is always willing to give advice or listen to questions.

“We have a lot of very experienced athletes and coaches in the program, so there is plenty of help if I need it.”

And having the defending gold medalist in your discipline included in your team could prove to be invaluable with the outside pressure mounting on top of the pressure that exists from representing your country in the Olympics.

With UK Sport announcing that the skeleton athletes should return with at least an eighth-placed finish upon pain of having their funding slashed, the pressure has really been ramped up on the athletes.

In light of skeleton being given £6.5 million in funding in the four years leading up to Pyeongchang and boasting the reigning world champion in Yarnold, the minimum target is being set at an extremely high level.

“I don’t feel extra pressure to perform because of previous success by the program,” he said. “But then again, I don’t feel I need that extra pressure. I want to always perform my best and I know that will be good enough to get a decent result!

“It is great to have the past results by others to show what can be done by a nation with no ice-track to call its own.

“Having met most of the athletes who will be competing for Team GB in Pyeongchang, I would say they are all up for the challenge!

“We are all very competitive in our fields and I have no doubt that we will all do ourselves and the country proud.”

But Rice’s long term aims are not limited to just Pyeonchang and someday hopes to outshine his namesake, NFL Hall of Fame wide receiver, Jerry Rice.

“I do enjoy sharing my name with NFL Hall of fame wide receiver Jerry Rice. It causes a stir amongst everyone at American tracks!

“But one day I would like to type ‘Jerry Rice’ into Google and see my cheesy grin appear before his!”

I only hope that Jerry can achieve his aim of being the most famous Jerry Rice in the world, and I wish him and the rest of Team GB the best of luck in Pyeongchang. 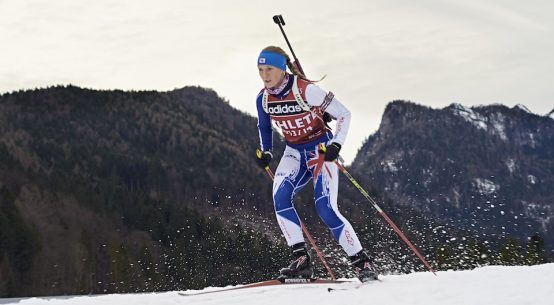 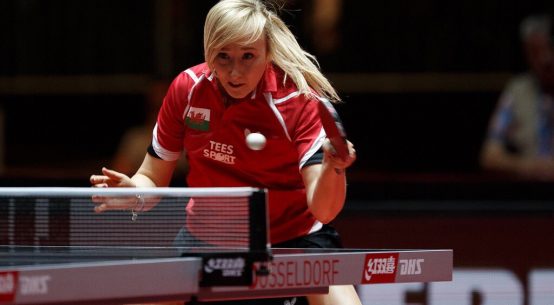 “I moved away when I was 16 to try and get the training I needed to improve”: Team Wales’ Charlotte Carey on table tennis in Wales, Gold Coast 2018 and her long commute to work