Skip to content
You are here
Home > Cricket > Alec Stewart: “I think it will be a very even series” 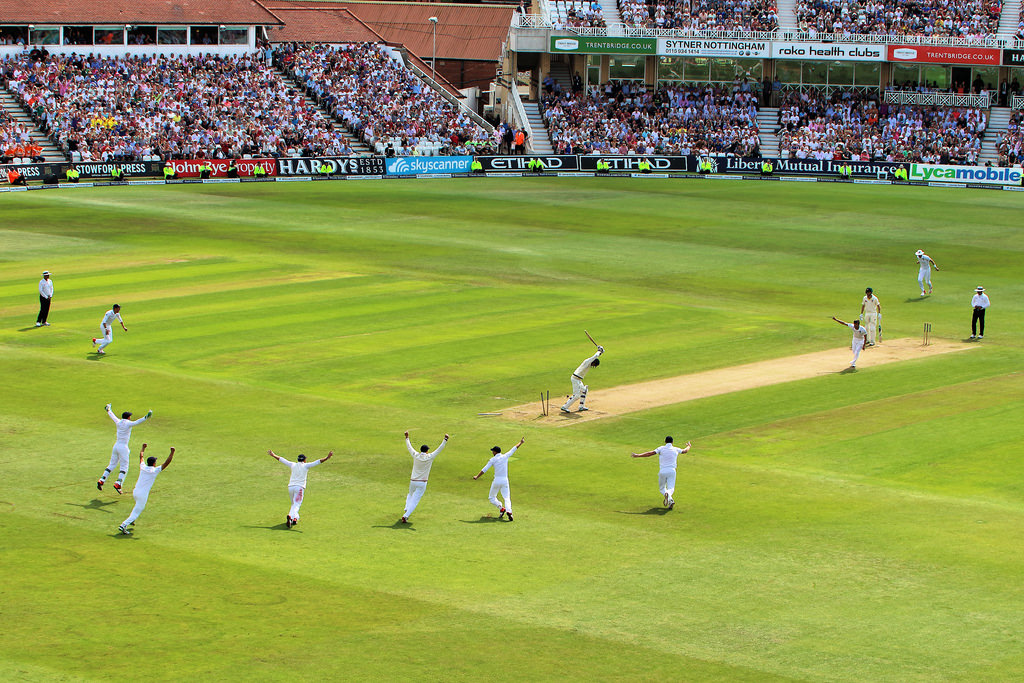 “You know you’re playing not just the Australian cricket team but the whole country as well.”

A veteran of 33 Ashes tests, Alec Stewart knows more than most about taking on Australia.

Although victories Down Under were something of a rarity for England through the 1990s – they won just two tests, the picture painted of this winter by England’s second most capped cricketer is nothing like the downtrodden and resigned image portrayed by many when the touring party was first announced. Cast as a group of unknown no-hopers by many, former Australia opening batsman Matthew Hayden claimed to have only heard of half of the squad.

Stewart, though, is unconvinced by much of the pre-series discussion.

“By that I mean, can England’s batsmen (Stoneman and Cook) see off that new ball delivered by that quick opening attack? The first thirty overs of each innings, whoever wins those will win the match and, therefore, will win the series.

“I just think, if we can make early inroads and get Warner and Smith early with the new ball, then I think we can eat into their middle order and lower order and it’s the same when we bat. If we can see off the first thirty overs of the Kookaburra ball when it’s at its hardest to face from a batting point of view, if we can overcome that, then that allows our middle order to bat when the Kookaburra ball is thirty overs old and the shine has gone off and it’s not as hard.”

Many of England’s problems on their most recent visit – the calamitous whitewash that brought about an abrupt end to a dominant era – stemmed from this inability to see the shine off the new ball. With Mitchell Johnson charging in like a man possessed, England’s then-feted batting line-up was blown away at such speed that Australia’s bowling attack was never weary.

With Mitchell Starc, Josh Hazlewood, Pat Cummins and Nathan Lyon making up Australia’s four-man bowling attack, there is no obvious part-time option. Steve Smith has one Test wicket since 2015, while the last of David Warner’s four came in 2012. Both Cameron Bancroft and Pete Handscomb would class themselves as part-time wicketkeepers rather than bowling resources.

With this in mind, added to the sketchy injury records of both Starc and Cummins, Stewart highlights the importance of making the seamers work for their wickets and grinding them down.

“Moeen Ali and Nathan Lyon – I don’t think there will be a lot in it in terms of who will have a bigger input from a spin point of view. What we’ve got to try and do is to make sure that their three-man pace attack keeps having to bowl. With just three quicks, it’s hard work. We’ve got four quicks to share it about. That’s key if we don’t make early inroads but I’d be disappointed if we don’t.”

As Stewart points out, for all the talk of England’s recent struggles with the bat – further muddied by the uncertainty surrounding Ben Stokes, Australia find themselves similarly unsure of their most accomplished side. Matt Renshaw, having averaged 64 in Test cricket on home soil, finds himself out of the squad and replaced by the uncapped Bancroft. He spent last season playing in Division Two of the County Championship for Gloucestershire, scoring fewer runs at a lesser average than 41-year-old Darren Stevens.

“We’re always quick to knock England as a nation,” he says. “I’ve said all along – and yes, of course I am biased because I want to back England. But as soon as our squad was picked, people were saying it was the weakest squad that had ever gone over there.

“Australia’s batting line-up doesn’t look too crash-hot. I think they match up very evenly. Both teams have two exceptionally good and top-class batters in their top six, good new ball bowlers, I’ll back [Jonny] Bairstow over [Tim] Paine. That’s why I see it as a really even contest. That’s why I come back to saying that whoever wins the new ball battle I think will come out on top. They’ll start just as favourites because of their home record, don’t get me wrong. But I’m not looking at it as though we’re useless. To me, I think it will be a very even series.”

However, with Lyon and David Warner the latest to join the war of words, Stewart emphasises the importance of remaining focused on the task at hand.

“I think you can overplay [the pressure]. The media will overplay it. You just get on with it. That’s my view. You might go to a restaurant and a waiter might say something but that can happen in the West Indies, whatever. But I do think it is a little bit overplayed. People talk about the intensity and that you can’t escape from it, but that is international sport wherever you are, you know.

“Go to India – good luck. There, everyone knows you because cricket’s like a second religion. Part of being an international cricketer is coping with all these types of things, some of which you’re not prepared for or not trained for.

“But I always say, don’t fight it – embrace it. Stuart Broad copped some flak last time – he embraced it, I think, the perfect way. He played up to it while still focusing on his job.

“When you let the outside force in and get the better of you, then you’ll get eaten up very quickly.

“That’s not what it’s about. It’s about backing your ability against the opposition’s ability, focusing on the job, controlling what you can control and everything else – the crowd banter, whatever it may be – just enjoy it and smile. If the crowd see that it’s affecting you then they’ll go hell for leather.

“The Barmy Army did a job on Mitchell Johnson a couple of years ago, which Johnson admitted to. Don’t let it get to you. Don’t let things that shouldn’t affect you have an influence on how you’re trying to play your game.”

The same, he says, is true of Joe Root’s role as captain, with Ricky Ponting warning that Australia’s bowlers will target the Yorkshireman – a jibe that Stewart puts down merely as an empty mind-game. Stewart captained England in the 1998/99 series, losing 3-1 but also making his sole Ashes hundred in a twelve-run win at the MCG.

“Joe Root just has to do his job. Teams will always target the best player. As he quite rightly said, if they do choose to target him, perhaps they’ll forget about some of the other players. But so much is written and spoken on the outside and by the players. It’s all part of this build-up of what the Ashes is.

“Really, whoever you are, you want to try and get them out. Playing mind-games, for me, doesn’t work. It’s a case of: can you get the best players out? How are you going to get them out? And you go from there. I don’t see it as targeting Joe Root or targeting Steve Smith. They’re good players, you want to get them out as quickly as you can.”

For Stewart, the same logic applies to the venomous cauldron that will greet England as they take to the field at the Gabba. The talk of mental scars, inherent fear and weakness that has dominated the build-up will be replaced by cricket at its most competitive, as Australia look to regain the urn for just the third time since 2005.

“I’ll be honest, once you’re out there on the field, you block out the crowd noise for most of the time. You concentrate on the ball. I’ve always said, give me 80,000 people at the MCG over 80 people at Derby on a cold wet day.

“I personally preferred full houses home or away because you know that you’ve got to be fully focused all the time. And why wouldn’t you want to show off your talents in front of more people rather than a couple of men and their dog?”

Nick Friend
Seeing off 500 entries along the way, Nick was the runner-up in the David Welch Student Sportswriter Competition for 2018, culminating in a night a the SJA Awards dinner alongside the very best in the industry. He has spent most of his twenty-three years involved in sport in one way or another. He graduated from Durham University with a degree in Modern Languages, having spent six months working as a coach for Cricket Argentina as part of his year abroad. The 23-year-old gained much of his experience in journalism as sport editor of the University’s student newspaper, Palatinate. During his two years in the role, he sourced and ran a host of high-profile exclusive interviews, three of which rank among the most-read pieces in the website’s history. He won the university’s Hunter Davies Prize for Journalism in 2015. Since leaving Durham, he has written for the iPaper, while contributing weekly to Sport500 – a website focused on creating concise sport opinion content. When not writing, Nick can often be heard bemoaning the fortunes of Queens Park Rangers. Beyond the Rs, he is an ICC and ECB-qualified cricket coach and umpire, while in more delusional times, had set his sights on a career in professional cricket. He counts darts, ski jumping and snooker among his passions, with an unnecessary knowledge of all three. 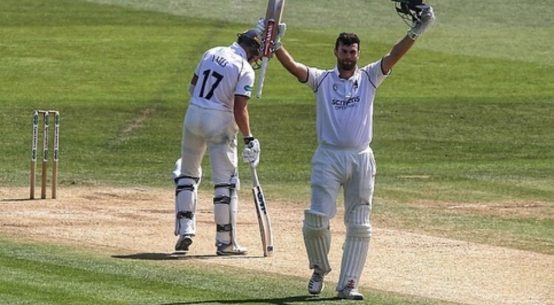 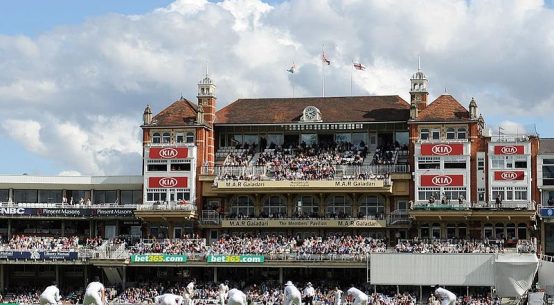