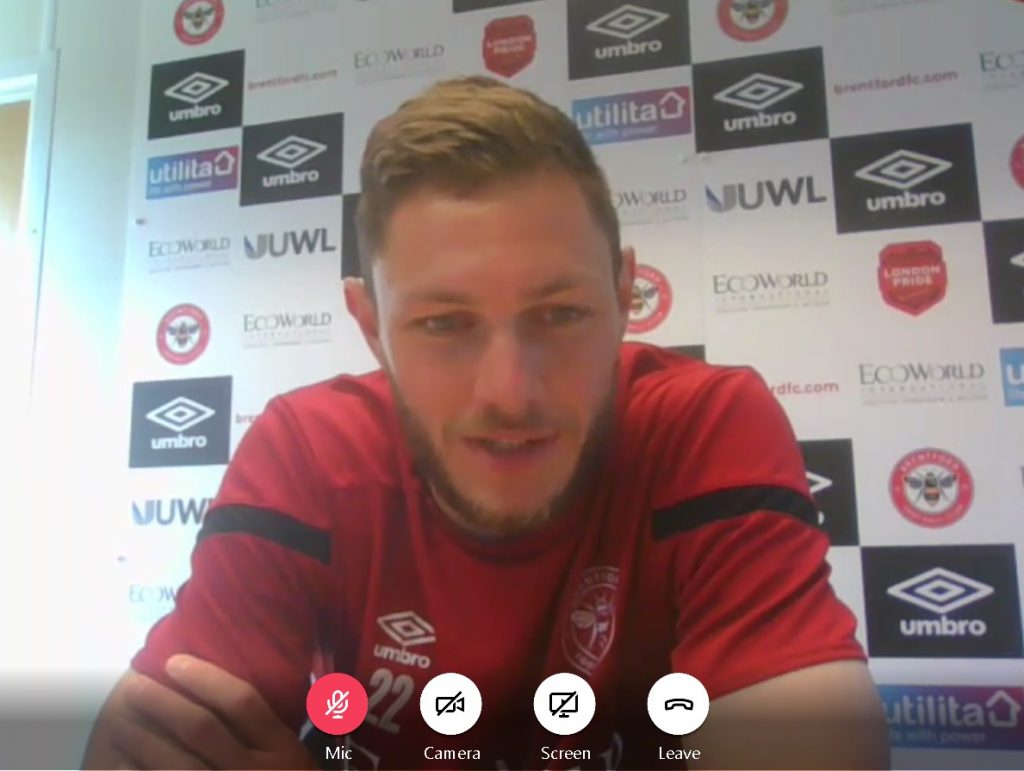 Brentford FC defender Henrik Dalsgaard is hopeful that some fans will be able to attend games at the end of the current season. The Dane said it would be the best way to say goodbye to Griffin Park as the Bees prepare to move to their new ground for the 2020-21 campaign.

“It’s very emotional for the staff around here and the fans,” Dalsgaard said.

“But I haven’t given up completely on the fact that we might have a few fans by the end of the season. They have started doing it in Denmark. We are only a few weeks behind [here in the UK]. So we may have some fans at the end of the season. It’s up to us to extend the season as long as we can,” Dalsgaard added, while attending an online press conference.

Brentford will play their first match against Fulham at Craven Cottage on Saturday when the Championship restarts after the lockdown. Their first game at Griffin Park is against West Bromwich Albion on June 26.

Despite facing a tough restart schedule, Dalsgaard said it is good to play two of their promotion rivals in the first two games.

“[We have to] Make sure we get up to the speed straight away. I think our fitness level are at where they should be. We are ready to take this battle. Yes, we are chasing Fulham and West Brom, so why not start with those two games.”

Brentford defeated Arsenal 3-2 at The Emirates Stadium and lost to Watford 2-0 at Vicarage Road in two behind-closed-door friendlies last week. Dalsgaard said the purpose of playing matches against Premier League opposition was to prepare themselves for the difficult start to the Championship campaign.

“We played two Premier League sides. So we are in a good place now.

“It’s going to be a tough game [against Fulham], very mental. Both teams want the ball as much as possible. So that’s definitely going to be a tough one away from home. But the fact that who can cope without their fans matters. But its hard to predict anything.”

With fans absent from the stadium, Dalsgaard said it is up to the experienced players to get the young ones going.

“We have a good group, and hopefully we can manage the fact that there’s going to be no fans. But it is going to be more up to ourselves, because the crowd can really get us going. So it’s up to the old and experienced guys to get the young guys going.

“We have a group of very professional players to turn this into an advantage for us. But I know it’s going to be hard and it takes a lot of effort for us to get us going especially when you’re down sometimes.”

The right-back also said Brentford are happy to get an opportunity to fight for the top-two spot than settle for play-offs if the season had ended abruptly.

“We have a little more time to get our game going and make sure we are in a very good place. Hopefully we can make the play-offs, but we going for the top two.”

Dalgaard was fortunate to go back to Denmark during the lockdown. “I spent four weeks in Denmark. So that made it lot easier to do my running and gym. I returned a week before we started training again.”