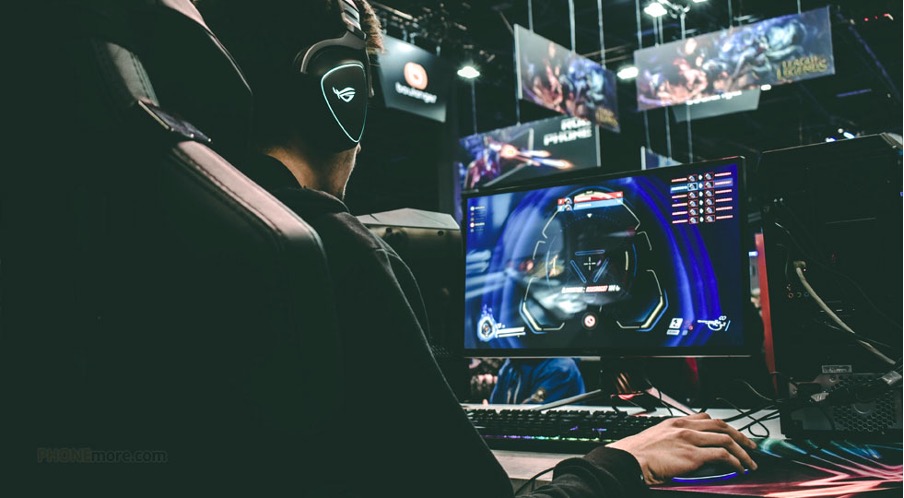 The Olympics. Dubbed ‘the greatest show on earth’, home of the greatest athletes and the pinnacle of international sports competition.

So, why is a multi-billion-dollar industry nowhere to be found? The popularity of esports is rising at unprecedented levels, but there won’t be any professional gamers at the Olympics.

This needs to change.

The IOC has struggled to draw in younger viewers and the growing popularity of esports could be the exact thing the Olympics have been crying out for. Now is the perfect time to incorporate a huge, untapped marketplace.

Since the first modern Olympic Games in 1896, the international competition has only been cancelled/postponed four times. The first three cancellations due to the World Wars and the fourth happened last year when the Tokyo 2020 Games were postponed due to the COVID-19 pandemic.

With nothing else to do besides staying home and practicing social distancing, countless people started watching esports competitions. Major sports networks like ESPN and Fox aired live video game tournaments, sparking a new interest in esports.

This massive growth is clearly shown through the online streaming platform, Twitch, whose viewership doubled from April 2019 to April 2021, responsible for more than 1.645 billion hours of streamed video content during the pandemic.

League of Legends Championship Series (LCS) Commissioner Christopher Greeley told TIME, “This is a time where our fans need something to watch, something to entertain them, need something to distract them from the things that are going on around them, even if it’s for a short time.”

But make no mistake, this doesn’t refer to the ordinary late-night video game player. This refers to those who study and play esports at the elite level, training and practicing full-time.

For these elite players, studies have shown they push the human body to accomplish staggering psychological and physiological feats. This includes using many parts of the brain simultaneously and producing high, athlete-levels of cortisol. Esports athletes use hundreds of precise hand movements per minute and display unprecedented levels of hand-eye coordination. Their heart rates rise to about 180 beats per minute, or running a mile as fast as you can!

The COVID-19 pandemic has proved esports are a massive, lucrative industry that is only starting to tap into its potential.

The International Olympic Committee (IOC) need to attract a younger audience but are turning their back on an incredibly profitable sector with a young and devoted fanbase.

Olympic viewership in the United States continues to decline with every iteration of the games.

Those who are sticking around to watch aren’t getting any younger. Women’s Tennis has the youngest average viewer base at 55 years of age. It goes without saying that other sports have even older spectators.

Comparatively, esports tend to have an average viewership of around 26 years old. That isn’t a surprising statistic but it is a valuable one.

For marketers, the ability to serve advertisements to a much younger audience is worth more than gold. If the Olympics added esports, its average viewing age would drop, thus making it once again the pinnacle of televised entertainment.

Olympic ratings are down 15%. The National Football League regular season ratings are down 9%. English Premier League is down 19%. Not only are people watching sports less, but people are also playing sports less. Over the past few years in the United States, millions of children are becoming less interested in playing team sports.

This trend will only continue. Kids would gladly watch video game streamers over the traditional cartoons on the TV, and adults will start choosing to watch esports on Twitch over cable TV. After all, with big prize pools and high stakes for the players, it’s undoubtedly a thrilling form of entertainment.

Ultimately, the question boils down to who needs who more. For the world of esports, things are looking bright. Revenue, viewership, and prize pools have never looked better. In addition, as more young adults are raised in a culture where video games are the norm, the world’s player pool is getting even more talented.

League of Legends esports fans will tell you about a Korean player named Lee “Faker” Sang-hyeok, who is often called the Michael Jordan of eSports, earning the nickname ‘God’ within the community. Last month, 245,000 people tuned in on Twitch to watch Faker practice. This is part of the reason why the eSports audience continues to grow; you’re not just watching the matches, you’re also watching for the individual personality, even when their just practicing and having fun.

Esports are only just tapping into their potential. US broadcaster NBCUniversal has partnered with Twitch to launch a new channel ahead of this summer’s Tokyo Olympic Games. The pair will work together to create daily original programming made specifically for Twitch users, including interactive clip shows, athlete interviews and gaming-themed competitions.

Apart from the official Olympic sports, there’s actually a lesser-known section of the Olympics known as demonstration sports. These are held concurrently with the Olympic games, just that athletes play without getting Olympic medals.

These demonstration sports, which once included the likes of Tennis and Bowling, are seen as a stepping stone for sports to eventually qualify as an Olympic sport. And it has a pretty good success rate, for example helping Badminton to achieve official sport status back in 1972.

Prior to the Tokyo 2020 Olympics being cancelled, Intel planned to host a massive esports tournament called the Intel World Open as a lead-up to the games. It would have featured a prize pool of $500,000 for players competing in “Rocket League” and “Street Fighter V.”

The event, which has the blessing of the IOC, will now take place in 2021 with the Tokyo Games. Although esports still aren’t technically part of the Olympics, it’s a step in the right direction.

The esports industry is only going to continue to grow. Younger generations learn to play mobile games before throwing a ball. Traditional sports will always have their place, but digital entertainment isn’t going anywhere.

If the IOC wants to evolve with the times, It needs to actually become a part of the esports ecosystem in a way that is relevant to the digitally native generations ahead.