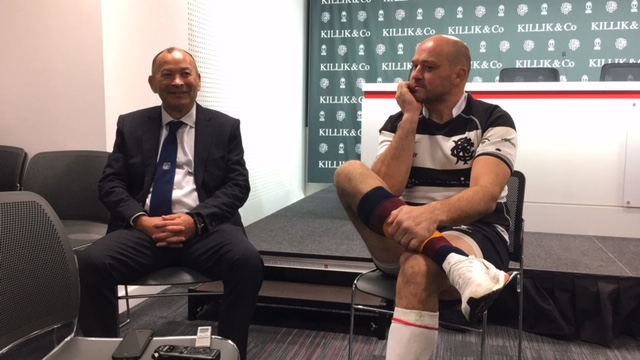 Fijian backrow Johnny Dyer scored twice in a man of the match performance as Fiji defeated the Barbarians by two points.

With three South African World Cup winners, Ireland legend Rory Best and an abundance of Southern Hemisphere superstars, the Barbarians were always going to be tough to beat.

However, it was the Flying Fijians who came out on top despite fielding a team which included just three of their world cup squad.

In true Killick Cup fashion the crowd were having a fantastic time, Mexican waves, ooos, ahhhs, boos, and cries of “BEAST” rang out around Twickenham as both sides put on a fantastic display of attacking, running rugby.

It was the Baa-baas who broke the deadlock, ex-French international Mathieu Bastareaud bulldozing his way over the line.

The Flying Fijians soon came back with two tries of their own, fullback Enele Malele scoring in the 25th minute before Teti Tela to crossed over two minutes later.

The Barbarians retaliated Andre Esterhuizen hitting a hardline off a 5 metre scrum to bundle over. Curwin Bosch added the extras to take the half-time score to Barbarians 12-14 Fiji.

The Fijians started the second half superbly, scoring in the 41st minute. A brilliant offload out the back of the hand by Mosese Voka set up Dyer to cross over.

World Cup winner Makazole Mapimpi crossed over in the corner in the 47th minute before Fiji came back once again through fantastic, fluid offloading to put second row Temo Mayanavanua over.

Dyer scored his second try of the game in the 74th minute after the Fijian’s chucked the rugby ball around like a basketball, abstract offloading all over the place.

The Barbarians came back in the last 5 minutes scoring two tries before the Fijians regathered the ball and booted it out to win the Killik Cup.

England turned Barbarians head coach Eddie Jones was disappointed not to get the win but was pleased with how his side played.

“We spoke about it in the lead up to the game, it’s an important game, we wanted to win and we prepared to win,” said Jones.

“Disappointed we didn’t win but I see some of the quality of rugby we played in the second half and I thought it was fantastic.”

Jones has thoroughly enjoyed the experience of being Barbarians head coach and of working with some of the legends of the modern game.

“It’s a real honour, even to just be able to talk to Rory in an informal way has been fantastic, learning from his experiences, again the same with Beast,” said Jones.

Ireland and Lions legend and Barbarians captain Rory Best added: “It’s been great, a great bunch of boys with a few characters in there. It has been great fun.”

World Cup winner Tendai Mtawarira (Beast) said: “It’s always awesome to come here, you get to meet guys you usually play against and you become mates for life.

“That’s the special thing about the Baa-Baas, its something that should never be taken away from the game. Yeah it’s a special part of rugby.”

Hamish Percy
Rugby union and football fanatic. Wasps ultra and Liverpool fan. Hamish, 22, is a recent graduate from the University of Nottingham where he attained a first in History and was awarded a national prize for his dissertation. Hamish has always had a love for sport, growing up playing mainly rugby union and hockey. He represented his county and region in hockey before captaining his school 1st XI and playing it frequently at University. Hamish currently works for BT Sport Rugby part-time and has had previous work experience with BBC Sport where he worked on Watford FC and Luton Town. In addition, he has had previous experience producing match reports for BBC Three counties radio. He also commentated on the BUCS finals for the men and women’s hockey in 2019 with the combined view count of these matches totalling north of 9,000. Follow Hamish on twitter @hamish_percy 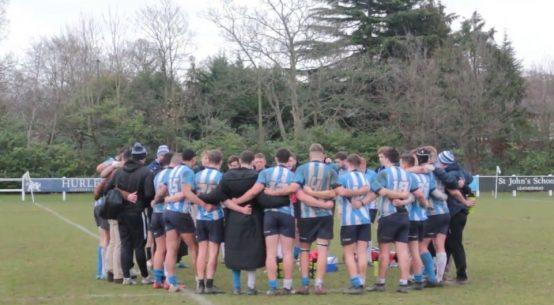 St Mary’s University RFC: A club on the rise