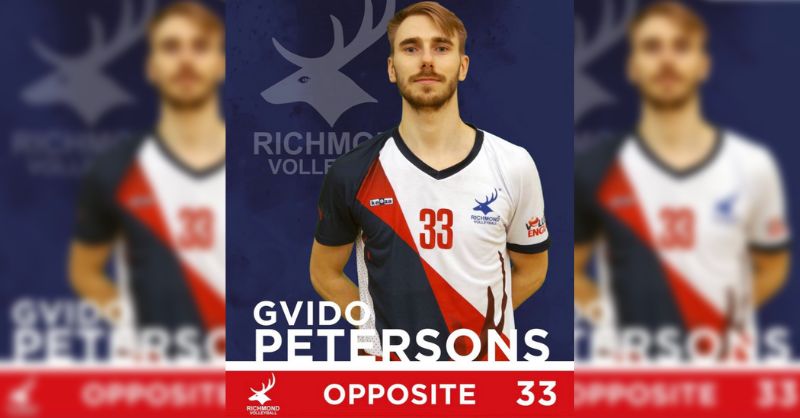 Meet Gvido Petersons, a 25-year-old volleyball player for Richmond Volleyball Club, otherwise known as LatvianOutplay when live-streaming from his home in East London.

Entertaining a live audience of anywhere up to 50 people, Petersons streams himself playing video games on the popular streaming platform Twitch.

He regards it as a space for him and his friends to socialise while playing video games. Viewers can then opt to pay monthly subscriptions to support him, earn benefits and remove adverts.

Petersons only began live-streaming after being furloughed from his hotel receptionist job during the pandemic.

“I was always a gamer. I just started Twitch to record my gameplay, and then it turned into something of a side hustle.”

When he’s not in front of the camera, Petersons is out on the volleyball court. He started playing after moving to the UK from Latvia when he was 14-years-old chasing a different kind of love:

“I started playing volleyball because the girl I liked played. Unfortunately, I didn’t get the girl, but I did fall in love with volleyball. So I might be the winner there.”

His affection for volleyball stayed with him to university, where he was scouted to play in England’s National Volleyball League, the Super League.

He has gone on to play for numerous teams but is now settled at Richmond Volleyball Club, captaining the Bucks. However, managing these two careers has its challenges:

“In England, 99% of players are not paid to play. So if you play volleyball in England, then that means you’re really devoted to the sport and want to play volleyball as everyone has to cover their costs for travel, training, sports halls, referees, and coaches.”

As a result, Petersons continues to work the night shift from 11 pm to 7 am to help fund his career. He spends what little free time he has streaming in the early afternoon, after which he travels two hours to training.

Then there are the matches. They can be played anywhere from Manchester to Sheffield or on a good day, closer to his home in London.

But despite these challenges, Petersons believes he is in the right environment at Richmond playing for the coach who scouted him at university, and the future looks bright:

“It’s going well. We have an amazing junior programme at Richmond volleyball, and if you want to develop a club, you have to have players starting at a young age.”

The rise of streaming

Like many, Petersons says that his teammates were puzzled when they first heard about his streaming career:

This reaction is understandable, given streaming is still relatively novel. The rise in popularity of streaming was primarily a result of the coronavirus pandemic.

People’s extra time at home led some to work out with Joe Wicks, others to learn an instrument, and millions to watch streamers on Twitch.

“For Twitch, the lockdown was the biggest boom in viewership, and I think it will stay that way.”

The following illustrates his point using the number of google searches for Twitch. At the beginning of March 2020, there was a significant rise in searches during the first lockdown, which has since been sustained.

Many sports stars and organisations also ventured into the world of streaming. Formula 1 hosted sim racing weekends with its drivers, football clubs ran FIFA tournaments, and other professionals played independently.

🙌 Gooooooooooood ebening and welcome to everyone tuning in for this, a Twitter based commentary on a draw for FIFA.

I'm the Leyton Orient Admin, and I'll be taking you through all 64 ties tonight – with teams from all over the world competing.

It helped quench the fans’ perpetual thirst for sports content while competitions were on hold. With its subsequent success, the involvement of sports in the streaming space shows no signs of slowing.

Clubs have started to live-stream youth matches, interview players, and set up professional e-sports teams. But Petersons has other aspirations:

“For me, the community is just a space where I can go live and talk to my friends about our lives while providing some content.”