To British football fans in their 30s and 40s, big ice-creams, mini coffees and a pink newspaper mean only one thing – Gazzetta Football Italia.

Everything from the theme tune, the Channel 4 logo in the Italian tricolore to James Richardon’s bilingual interviews screamed, ‘this is different!’

TELLY GOLD: The opening segment to Gazzetta Football Italia from this weekend in 1995.

Features a classic @acjimbo skit with a newly-cropped Gazza, Ken talks us through the show, and James settles down with the papers and a pastry.

Football Italia could not have wished for better timing. The creation of the FA Premier League had seen top flight football move from terrestrial television to behind the Sky paywall, something that Richardson said was crucial to the success of the show

Italian football took centre stage in the UK, Sunday afternoons were given up to the likes of Maldini, Batistuta, Van Basten, Baggio, Signori et al.

Suddenly Saturday morning TV became unmissable, with Italian football highlights, player interviews and skits that were as random (David Platt as The Terminator, Attilio Lombardo doing the Lambada!) as they were fun.

Weekend telly at its finest.pic.twitter.com/IrlholLxYb

And the man at the centre of it was of course Paul Gascoigne, the ace in the pack of Channel 4’s coverage and originally hired to be the front man:

“Peter Brackley and whoever the co-commentator was would just do the intros and then straight to the game.”

After three weeks the risk of using Gazza as the main presenter became apparent:

“I remember standing on the lawn of an empty villa that belonged to Paul Gascoigne because he wasn’t there and the light was going, it was Thursday night and we had to send stuff back to London, so I just recorded the links myself.

“Whether I was thinking brilliant here’s my chance or I wonder how this will go I really don’t know. I was already in front of the camera myself for other elements of the show, so about three weeks in we realised it just wasn’t working out [with Gascoigne],” said Richardson.

It was not just a league with the world’s best footballers on terrestrial TV that Channel 4 offered to its audience, but also some stunning backdrops from around Italy. 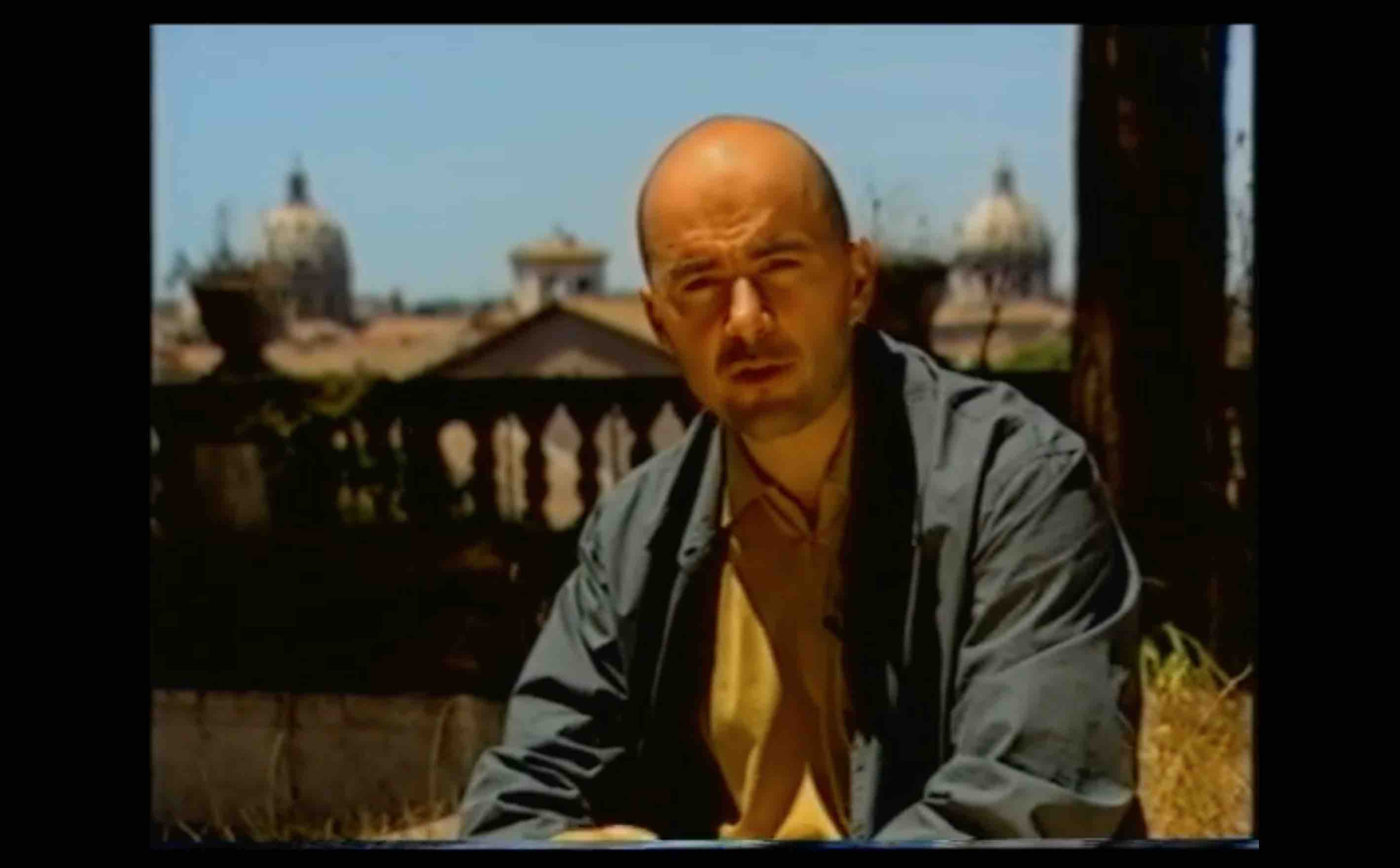 “Add to that we didn’t have the budget for a studio. Our presence in Italy was effectively just me, so it made sense!” Richardson added.

Luckily this low budget turned out to provide the viewers with a glimpse into a totally different culture. Richardson would sit with his gelato or brioche, sip his espresso and translate the Italian newspapers for us. To a teeanger in England this was the height of sophistication.

For Richardson life in Italy came about almost by accident: “I was young and in love frankly.”

“I met this girl in 1990 and we had a long distance relationship, which involved a lot of writing letters, how quaint!”

Richardson adds, “I bought my Buongiorno Italia BBC tapes, did an evening course and got a working Italian together, which is how I got the job in ’92. Because of this I was going to be producing it for Sky who were showing Italian football before Channel 4. And when Channel 4 got the rights I was shocked because that’s what I was going to be doing. 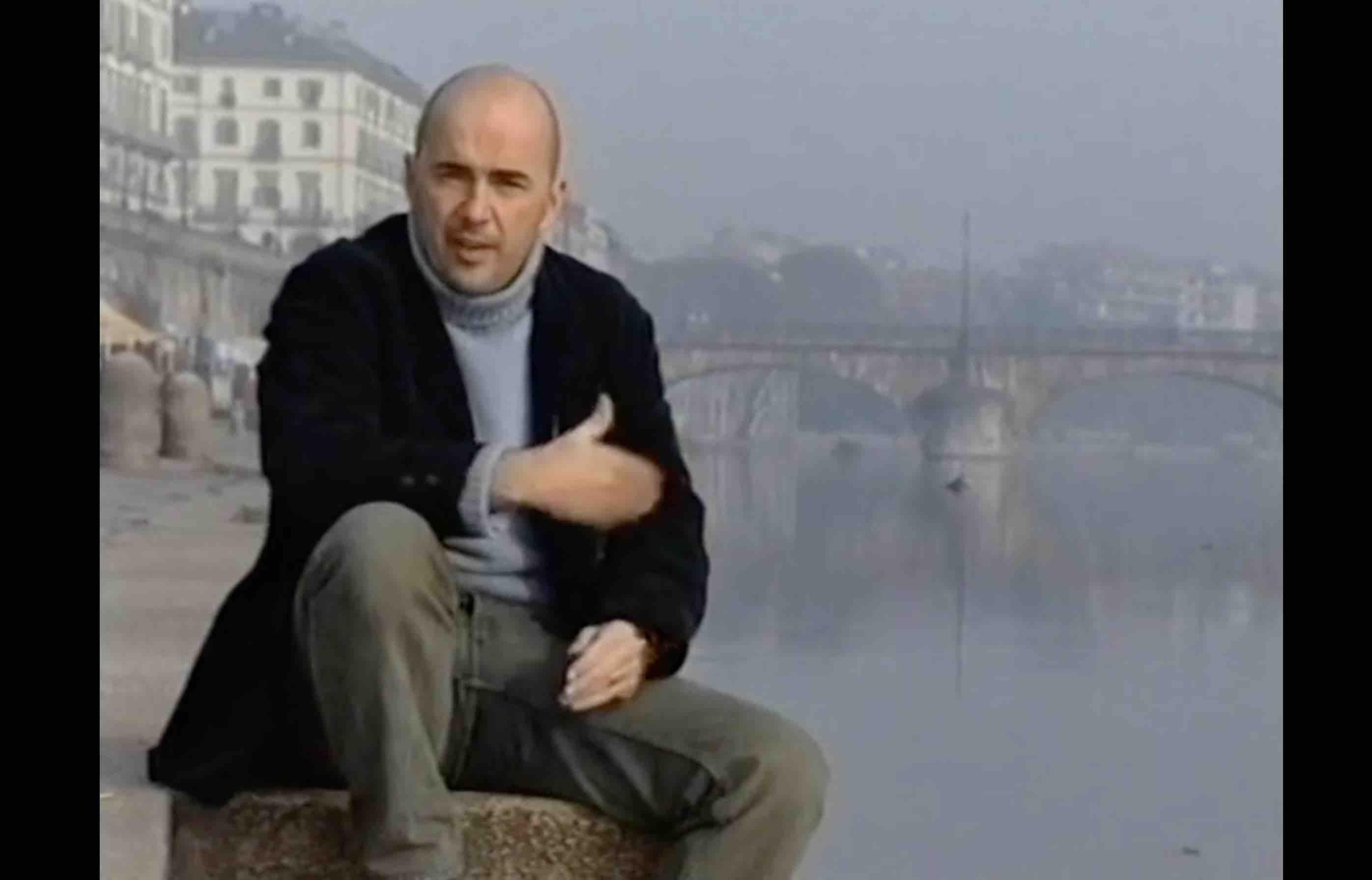 Richardson tried to get work with the new production company but did not get the answer he was hoping for:

“They said ‘no, but we’re looking for a presenter or a reporter’, but I didn’t bother calling because I’d never reported on football.

“A week later it turned out they still didn’t have anybody so I spoke to them and it was literally a month before the start of the season.

“They didn’t have a huge budget, they didn’t supposedly want people who had been on TV before where possible, and above all they wanted somebody who knew something about TV.

“I was working at Sky and could speak Italian so that was absolutely the key.”

It is safe to say that Richardson’s 30-year-long-career would not have taken off if not for his young love, “Absolutely! Her and the Buongiorno Italia tapes!”

Like a lot of people Richardson has been feeling nostalgic during this long period away from live sport. Luckily for us he did some digging and found his old Football Italia VHS tapes.

Cherished memories for football fans who grew up on a diet of Gazzetta on Saturdays and Football Italia on Sundays can now be relived via YouTube.

And for those too young to have experienced it firsthand now is the time to watch and fall in love with all things Italian. Enjoy!