Posted on 7 December 2020 by Viraj Bhatia

Here’s a glimpse of what goes on behind the scenes at the @AceProgramme . Hard work, talent and fun come together to help build the next generation of African-Caribbean cricketers! @chevanis thanks for having @FCNathan2 and I!@ejrainfordbrent #EnglandCricket pic.twitter.com/WyKTgoTdXm

Jofra Archer, Michael Holding and Chris Jordan’s recent appointment as ambassadors for the African-Caribbean Engagement (ACE) Programme is of significant importance in inspiring change. Having relatable role models is key to getting young and hopeful cricketers involved in a sport that has long neglected Black communities in the UK.

Since 1995, there has been a 75% drop in African-Caribbean participation in cricket, compared to a 19.4% drop in average participation. The ACE Programme has been launched to tackle this dwindling participation and bring back a section of the cricketing community that is slowly being left behind.

Chevy Green, Director of Programmes at ACE, believes that providing role models of different age groups is vital to the programme’s success: “Having those different demographics and ages really helps, because it’s a different type of message and a different connection.

“They’ll be speaking to different audiences and and talking about different stuff, we’ve had really important figures like Michael Holding around but if you want to appeal to a younger crowd you’d look at Jofra (Archer) or Chris Jordan and there’s no one better for that really.” Chevy said.

The ACE programme has recently been boosted by the announcement of £540,000 in funding over three years from Sport England. It aims to use this funding to partner with schools and community organisations to increase inclusiveness, access and interest at a grassroots level.

ACE has already created an impact since its launch. Just before the COVID-19 pandemic hit, they held trials for 70 young boys and girls at the Kia Oval, in partnership with Surrey County Cricket Club. From these, 25 were awarded scholarships with one young boy already having appeared for the Surrey U-18’s this summer.

The success of the programme in Surrey has led to ACE expanding to Birmingham with Warwickshire County Cricket Club. The programme is expected to launch in January 2021, and Green believes there is a lot more to come: “We’re in two cities in year one but we’ve definitely got plans to be in a few more cities in years two and three.

“We want to try and create an opportunity for more boys and girls to get involved, we want to get that to an equal split one day, we’ve got a few more boys than girls at the moment.” He said. 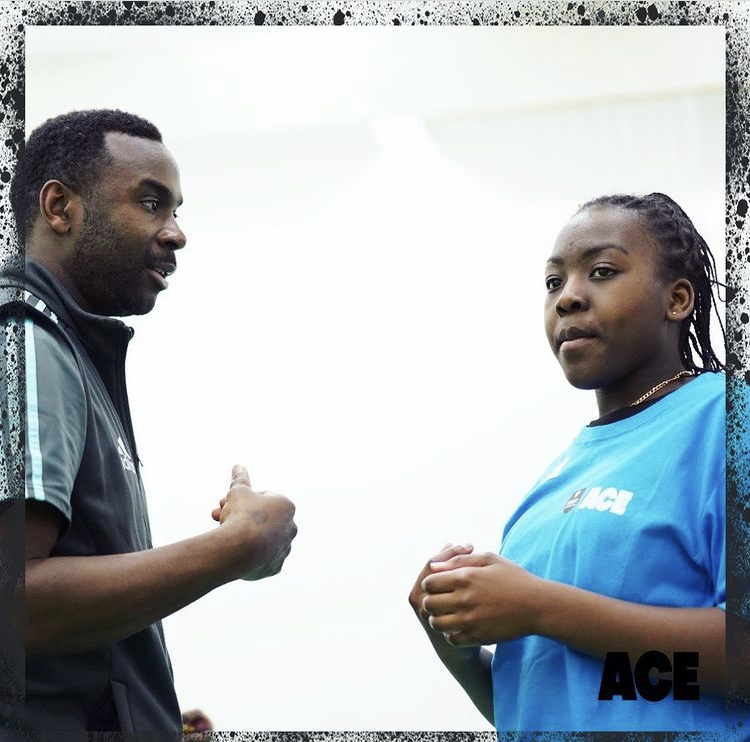 But, Green also believes that while creating opportunities for young boys and girls to play at the top level is important, it’s not the yardstick for measuring ACE’s success: “We’re not going to measure ourselves on how many kids come through the program and go on to play for England.

“Obviously that would be great but we’re just going to take baby steps at the moment and try and get as many people involved and transition these players from academies and clubs into county cricket.

“If we have scholars or people that come through and become coaches too they can work in sports development or marketing or something.” Said Chevy.

Another organisation that uses cricket to empower young people from the African-Caribbean community is Platform Cricket. Chris Willetts, who is closely involved with the programme, said that this year they aim to have 30 hubs running across London to improve access, something he is extremely proud of.

Willets believes that sports should do more to reach out to kids in inner city areas: “Kids who succumb to gang violence, radicalisation and things like this, they’re not being recruited passively, these kids are vulnerable in so many places.

“They’re on their phones, on their iPad, on their estates where they live. Sport has to be a little bit more active.” He said.

ACE’s expansion will come as a welcome addition to the good work being done by organisations like Platform Cricket to battle these socio-economic and geographic challenges.

The price of cricket equipment has always been a major challenge, especially when considering the declining interest in the sport. In comparison to popular sports like football or rugby, the investment required for cricketing equipment is significantly higher.

Green is aware of these challenges: “We know that’s a barrier for some of the people we are going to work with, so we have funding available for those that need it.

“Whatever barriers people come with, we’re just looking at how the best way is to overcome them and keep them engaged and playing.” Said Chevy.

The new year brings new hope, and the launch of the programme in Birmingham will be a step in rebuilding the African-Caribbean cricketing culture, which was once thriving in the UK.

Michael Holding’s moving speech last summer on equality in cricket has brought the spotlight back on the sport. It is imperative that the momentum is used to bring about change that is long overdue, and the expansion of the ACE programme is definitely a step in the right direction.