Skip to content
You are here
Home > Olympic Sports > Tainted cultures, state-sponsored doping & blurred lines: how easy is it for elite athletes to stay clean? 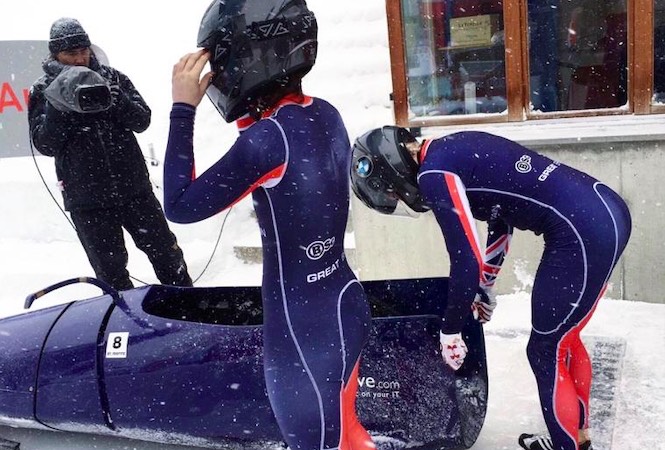 These days it’s hard to go more than a week without seeing exploits of a new drugs scandal within sport.

Almost five years after the revelations of state-sponsored doping in Russia came to light, the entire sporting world is still reeling from the issue, and little has been resolved.

Yet while doping in all sports is rife, some seem to get much more attention than others.

Doping expert, John Brewer, offers some insight into why this could be the case: “I think it tends to get more focused where the sole determinant of performance is on how fast someone can go or how far they can throw or how high they can jump, and as a result we know that if an individual takes a performance enhancing substance, he or she is more likely to gain success and get all of the money and adulation that goes along with that.

“In a sense that’s less certain in a team sport where if you’re playing alongside other people, your success and your personal performance doesn’t necessarily impact totally on the team.”

Whilst there are still questions around the system, the media also have to admit they play a role in how doping is perceived by the public.

Former GB bobsleigh athlete, Sian Huxtable, thinks that the media, and other athletes, can be too quick to condemn athletes.

“In certain cases, the media’s perception of someone who has missed a test is to brand the athlete as someone who is doping. Actually athletes have lives and anything could’ve happened. Their family could be in hospital, they could’ve had an accident. There are so many things where athletes have lives and it is difficult for them to always keep up with that. And particularly if the system’s failing them regarding technological problems with filing information, then that’s not fair,” Huxtable said.

Brewer suggests that whilst the current state of doping within sport may look bleak, actually by catching these athletes, we’re cleaning up the sport.

“It’s almost the advances in the doping system that have created the problem because we now have a situation where blood and urine samples can be stored for a significant period of time and retrospectively tested, once science advances and we’ve got new testing techniques, which is why we then see athletes stripped of their medals. So we are in a sense in cleaning the sport up, what we’re actually doing is challenging the integrity of the sport retrospectively,” he says.

With so many doping cases coming to light, we know it’s easy to dope, but how easy is it to stay clean?

Huxtable was part of the Great Britain bobsleigh team for eight years and is currently studying for an MA in Sports Ethics and Integrity. Her experiences within elite sport as an athlete and her delve into the academia of doping give her a unique insight.

“I think personally for someone particularly in a GB setup, it is relatively easy [to stay clean]. It’s just about knowledge but also having staff and a setup which is pro clean sport so that the culture reflects that.

“I can imagine for other nations where there isn’t that strong affiliation with clean sport that we have in Great Britain, it could be easier and more tempting to dope,” she said.

Brewer agrees that athletes should not have a problem: “It’s very easy for athletes to stay clean. They have teams around them to ensure that if they take supplements they have been pre-screened for banned substances and these are very high quality systems in place. Athletes know that they should only associate themselves with support staff who have got a good track record and they have to take responsibility for that.”

The current doping system has long been criticised but both Brewer and Huxtable show confidence in the procedures in place.

“What we see over and over again is that in time if an athlete does take a banned substance, they will get caught at some point. So I think what we are creating through the anti doping testing process is an environment where even if they have a medal hung around their neck, they can still be looking over their shoulder for many years to come,” said Brewer.

Huxtable agrees that the current system is assisting clean athletes: “It needs a little bit more work but I do think that it’s fair. The principle of putting everything under this one umbrella and just stopping athletes from taking anything – as a clean athlete you’re like that’s great because it’s protecting them from anyone taking anything that may give them an advantage. It’s tricky on both sides but I do think that ultimately it’s fair.”

Whilst the anti-doping system is complex, Brewer thinks it has to stay. “I am absolutely adamant that those procedures have to be in place because the moment you relax the rules and you take those procedures away then you are opening the door to people finding excuses either not be tested or to say that substances that are found in the system came from something else that they accidentally ate,” he said.

A key part of the anti-doping system is the whereabouts system, where athletes have to say where they’re going to be 1 hour a day, 365 days a year, in order to be available for anti-doping testing.

“Some athletes say it’s unfair but personally I think that’s a very small price to pay for being an athlete and for being able to say that you can show that you’re clean. If you take that all away it gives an athlete an excuse for if there’s a knock on the door from an anti-doping officer unexpectedly one morning and you know you’ve taken a banned substance it’s a very easy excuse to disappear out the back door and not answer. The system means that athletes will know that they can be tested at any time within competition and out of competition and that’s absolutely critical,” Brewer says.

Huxtable agrees that the system is vital: “Although there are some privacy concerns, athletes sign up to codes of conduct and they enter elite sport knowing that they will be tested and that they might end up on the whereabouts system. There is an argument that there is no way out unless you stop playing sport but equally that’s the same as if you signed up to the army and a condition of that is that you’ll be deployed. So if you don’t want to do that, then you don’t sign up to the army. It’s something that comes with the job.”

Julia Cook
Following a year at Arsenal FC as a football coach and English Teacher, working both in London and in Vietnam at one of Arsenal’s international Soccer Schools, Julia completed a BSc in Sport Science at Swansea University. During this time Julia built her journalism portfolio, having articles published in Athletics Weekly and Vinco, as well as Swansea University’s newspaper, the Waterfront, alongside working as the Media Executive for Sport Swansea for two years, and on the social media accounts for British Athletics and Vinco at major athletics events. Having played sport her entire life, most notably athletics to a national level, football to an academy level and a stint with GB skeleton, sport has been central to every aspect of Julia’s livelihood. She now continues her studies at St Mary’s University, writing for the Sports Gazette. Follow Julia on Instagram and Twitter: @juliaellencook 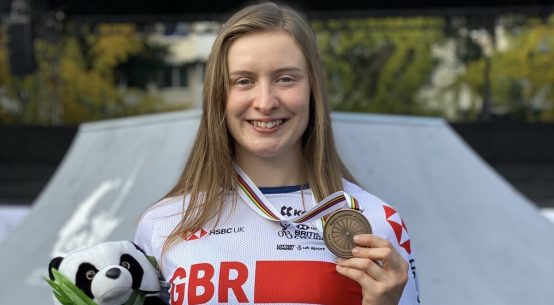 “I don’t believe in riding like a girl, you just ride.” European champion Charlotte Worthington aims for Olympic glory 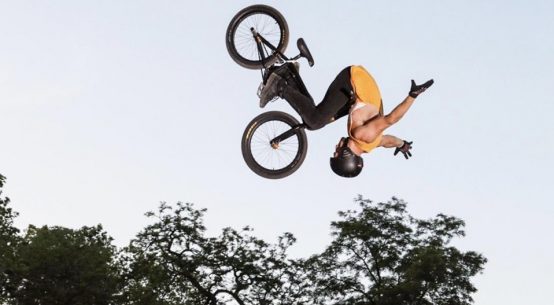