The longest cricket match ever played was between England and South Africa in Durban in 1939. It lasted nine days. England needed 41 runs to win at the close of the ninth day, but the match was drawn as English players had to leave the ground early to catch a boat to return home.

It was the last of the 99 timeless Tests played in cricket history. The Durban game forced the cricket authorities to limit Test matches to five days — a revolutionary decision back then.

And much has happened in the game since that change — ODIs, world cups, day-night matches, coloured clothing, T20Is, pink balls, The Hundred and many more.

But one thing that has stayed constant in cricket is the five-day Test. Although the shorter formats of the game have seen drastic changes over the years, Test match rules have remained unscathed to serve the cricket purists.

Only recently the International Cricket Council (ICC) decided to bring in a variety of innovations like day-night Tests and the World Test Championship to popularise the longer format of the game. And going by the trend, Test matches are likely to see even more revolutionary changes in the coming years.

With a sharp drop in the number of games going to the fifth day, there have been calls in the past few years to reduce Test matches to four days.

And if the results in 2019 are taken into account, there are more reasons to believe that the ICC may take the proposal into serious consideration.

There have been 34 Tests this year, only 11 went to the fifth day. Most of those were rain affected and four matches had at least one day washed out. 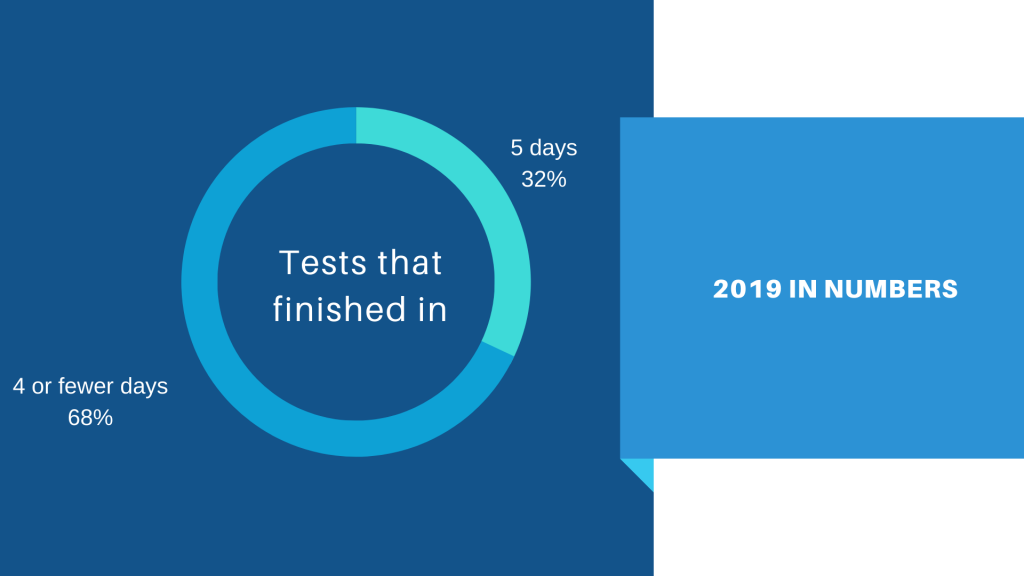 In addition, there have only been three drawn Tests this year. The first two — the last Test of the Border-Gavaskar series between India and Australia and the second Ashes Test — were severely rain affected, and hence were obviously destined to end as draws. The other was the second and final Test between New Zealand and England this month which was also affected by bad light, however this had little impact on the game which was played on a flat pitch. It’s safe to say it took 337 days to see the first proper drawn Test match of 2019.

There are good arguments for cutting one day from Test matches, and thus paving the way for tighter finishes and decluttering the fixture list. But, the call for removing fifth day’s play has so far been less convincing, with the major argument being financial advantage.

However, with more and more Test matches becoming one-sided and finishing early, it may be time for the ICC to rationalise the calendar. The cricket gurus believe that Tests need to adapt to survive the sport’s glamourous era. Although the purists may continue to resist, the Test matches may have to embrace the inevitable sooner or later.