Posted on 22 June 2022 by Sam Billinghurst-Brown

The summer window isn’t even two weeks old but already we’ve seen the transfer merry-go-round kick off in lively fashion. From crazy links and tantalising rumours to the substantial and confirmed deal of Erlling Haaland to Manchester City, as well as Liverpool breaking their transfer record for Darwin Nunez. Even at this early stage the market has set high expectations for optimistic fans and raised anxiety levels for the glass half empties. As the window progresses fans will seamlessly move from refreshing twitter daily to every hour and tuning into Sky Sports famous transfer centre to see presenter Dharmesh Sheth deliver all the possible ins and outs.

Speaking to the Sports Gazette the transfer guru gave an insight on how busy he is at this time of the year:

“There are certain days when it’s pretty quiet and you’re having to do a lot of phone calling yourself and other days you’re getting bombarded by agents who say they have a story for you, but it’s a mix of both really. Once the window opens until deadline day it’s pretty full on…. yes, the phone is quite hot.”

Is Another Record Breaking Transfer Window on the Cards?

Perhaps the busiest window that Dharmesh would have encountered was the summer of 2017, a record summer spending by Premier League clubs at a staggering total of £1.49 billion. By comparison last summer achieved the lowest spend in the past six years despite recording a total of £1.04 billion. But with this summer’s window starting at a blistering pace with the likes of Haaland’s £51 million move to Manchester City, alongside Liverpool pushing the boat out for Nunez, Newcastle’s first summer window as the world’s richest club, Manchester United looking to bounce back from their annus horriblus, Spurs having 150 million pounds injected into the club and Chelsea’s new owners looking to make a statement another record breaking summer could well and truly be on the cards. Dharmesh’s phone could be the hottest it’s ever been and the Sky Sports reporter believes that there is every possibility that we could see a new record broken:

“You can’t rule it out, but one thing that we should remember is that clubs are still feeling the after effects of the pandemic, but I think they’re starting to come out of it. I wasn’t expecting so much money to be spent last summer…..yet even though it was the lowest for six summers, it was still a substantial amount of money that was spent. Now if you think about a fee that could rise to 85 million for Darwin Nunez and then you’ve got 51 million pounds for Erling Haaland, whilst you’ve got various deals that are going in the 20 to 40 million pound mark with another two and a half months of the window to go. So, I don’t think we should be surprised at all, if a record is broken.” 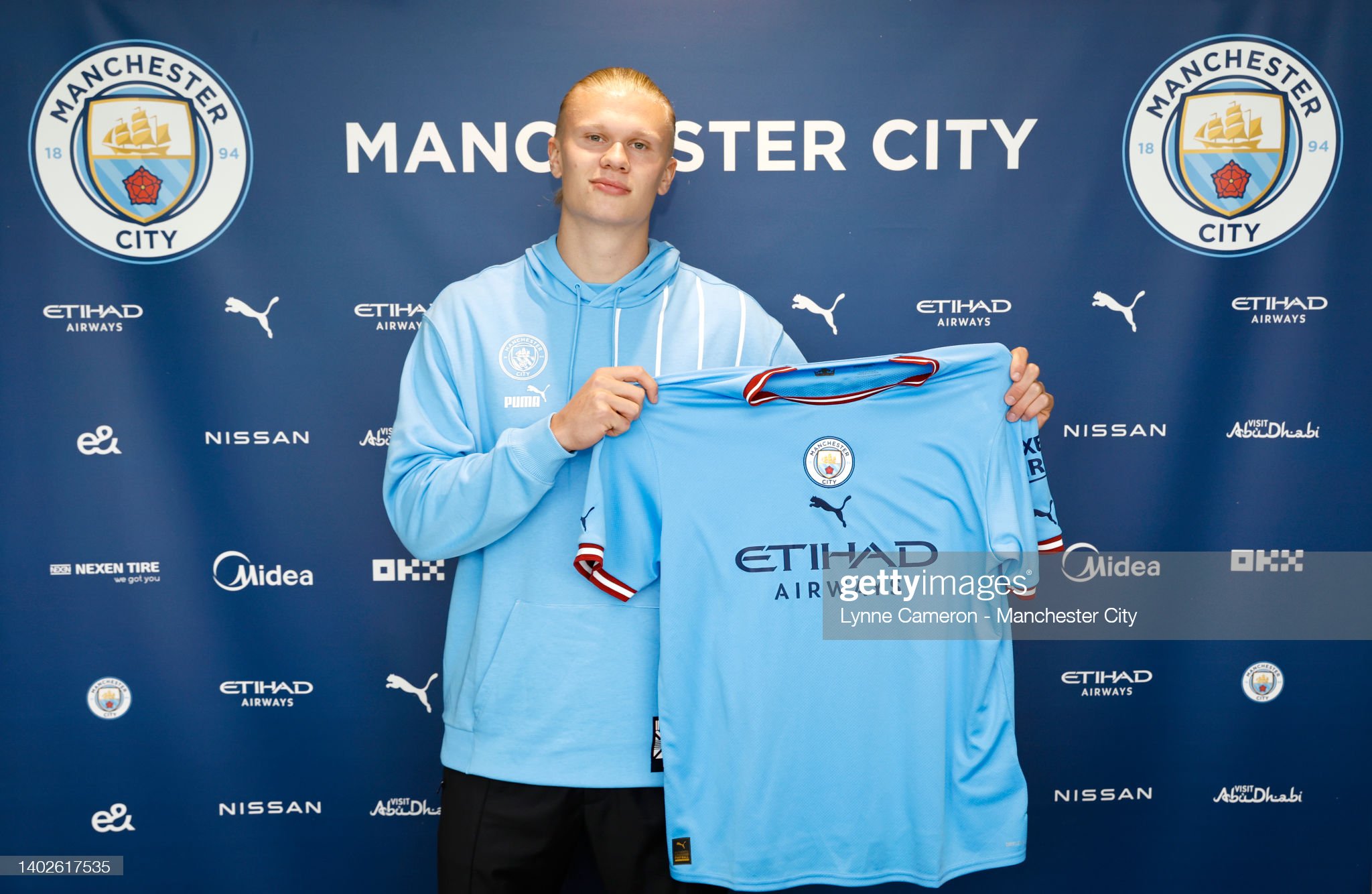 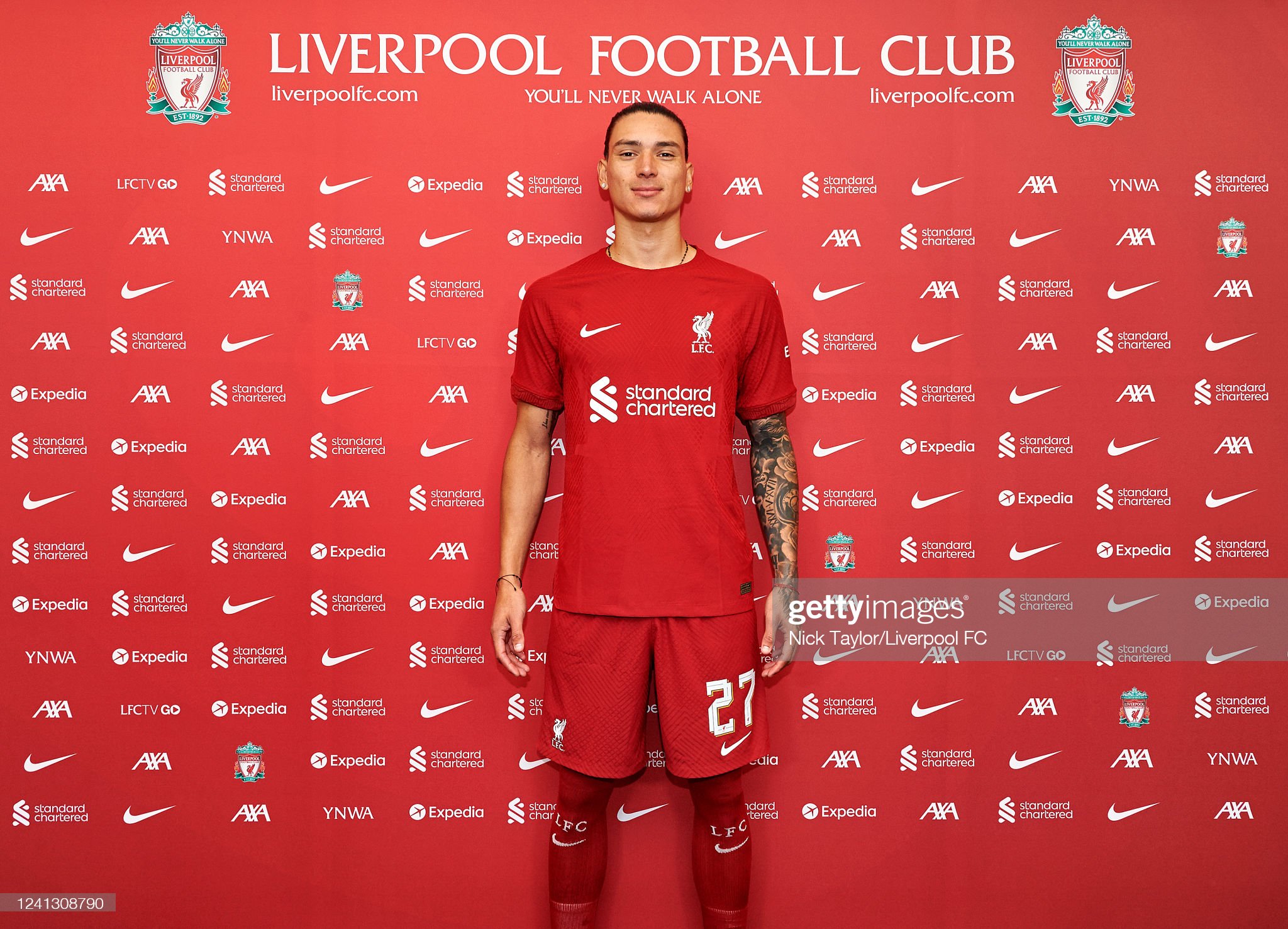 Does Player Power  Impact the Market?

One thing that may stop the record being broken is the number of players that continue to run down their contract and leave as a free agent. Rudiger, Pogba, Dembele, Isco, Dybala are amongst those who already have or will move to new clubs on a free transfer. Dharmesh believes that today player power is a massive cause for concern for football clubs who look to tie down their best assets on long-term contracts, keeping their market value as high as possible:

“It’s starting to become more vogue in the last year or so where players have decided, ‘I don’t want to sign that contract. I’m not saying I’m not going to stay and sign a new contract, but I want to assess all my options.’ Look at the Mohamed Salah situation, Liverpool of course want him to stay and by all accounts Salah wants to stay, but he wants to be paid what he feels he’s worth…….if by the end of this window he hasn’t signed an extension Liverpool know he’s only four months away from being able to sign a pre contract agreement with a foreign club for no money at all.” 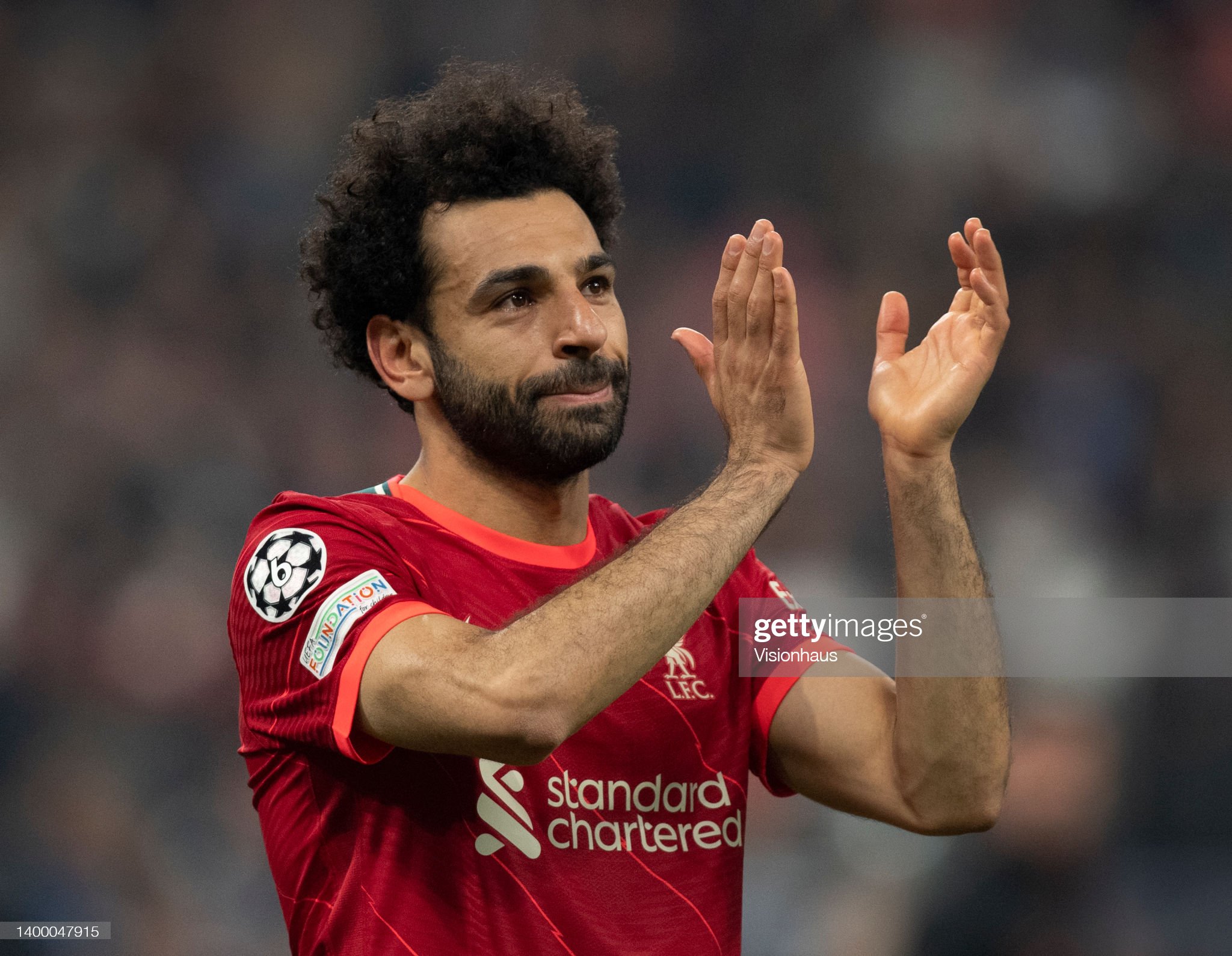 “So you’ll find that once players get down to two years of their contract, they start having more of the power. What I have noticed is when a player gets down to two years of his contract rather than just one year, the two year one seems to be the first danger sign. If you think about a player who signs a three year contract with a football club, rather like Kylian Mbappe has done, I think next summer we’re going to start seeing the situation again where Mbappe is going to extend his stay at PSG. ‘Well, hold on he’s only just signed a new contract. But he’s only got two years left and clubs are now thinking two years is not long enough for us to tie someone down on a long term contract. So of course, it will impact a potential record spend because big name players are not going for any money at all, but it’s been shown that players under contract will command massive fees like we’ve seen in this window already.”

Will the Five Subs Rule Manipulate the Spending in this Window?

This upcoming Premier League season presents an unprecedented campaign with the introduction of managers being afforded to make five substitutions, as well as there being a World Cup in the middle of the season. This could impact the amount of transfers Premier League clubs make as even the ‘smaller clubs’ will feel the need to bolster their squad to compete. Dharmesh expressed on how this will impact players, the managers and the window itself:

“The issues that managers particularly have at the bigger clubs is to keep all of their players happy. But in a situation where they can make five subs, all of these players know that if they’re in that twenty man squad for a particular game they’ll have a huge chance that they’re going to get some action. I know a lot of the so called smaller clubs felt that it was going to be an unfair advantage because the bigger clubs have larger squads and they’ll have more quality because they’ll be able to spend more money on players. You know, they might have a point, we’ll see if that argument comes to fruition next season but I think it will actually will be reflected in the business that teams do.” 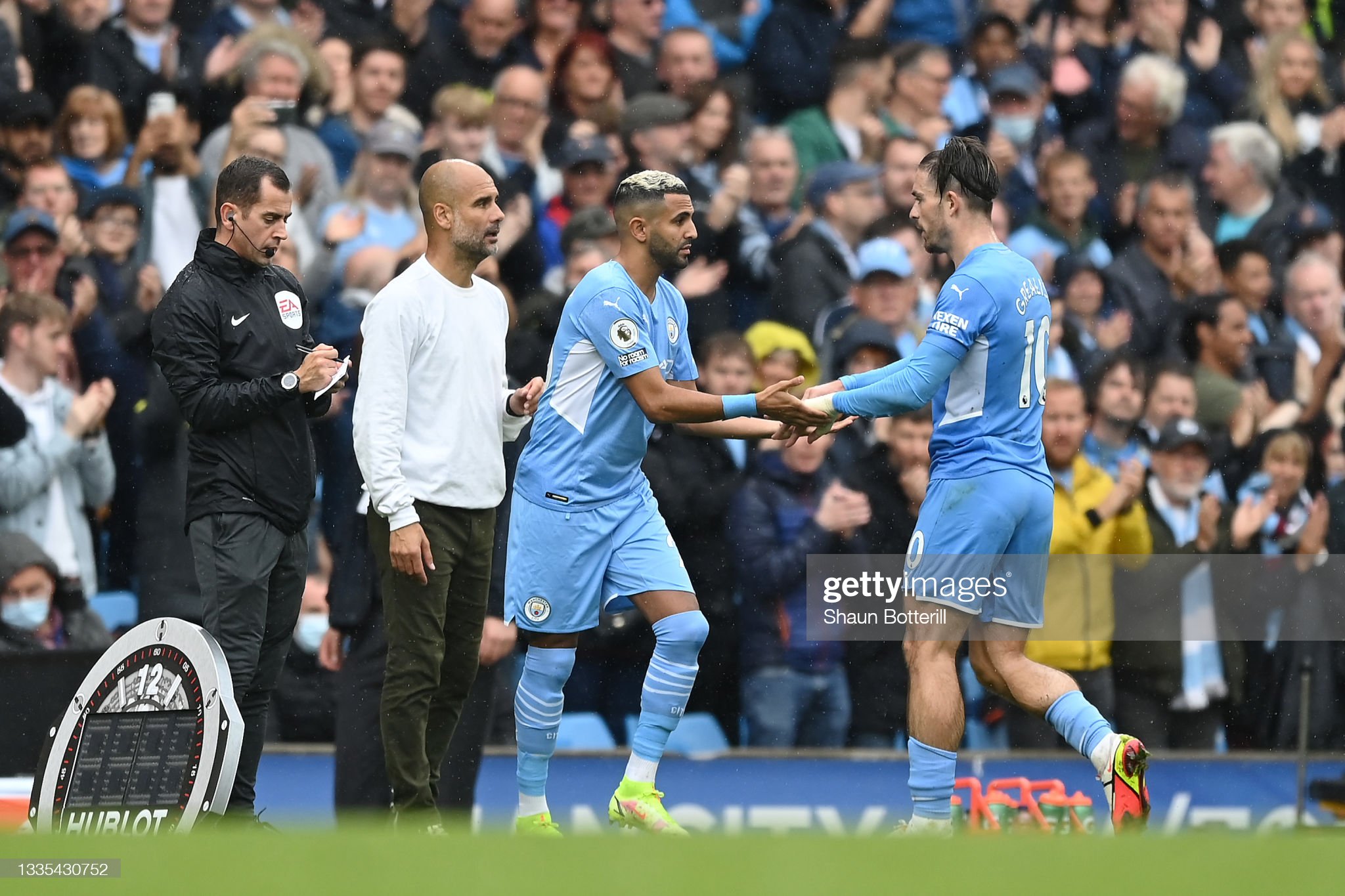 Could an Early Start Beget a Busier Deadline Day?

Despite a lot of clubs starting their transfer business early, in tandem with the Premier League itself commencing earlier than usual, the five substitution rule and the aforementioned World Cup mid-season we might still expect another lively deadline day. The transfer expert considered this situation:

“There will be a lot of deals that will happen early and then you’ll find there’ll be a little bit of a lull again, but remember, August the sixth is the first day of the season leaving another 25 days of the transfer window. So bear in mind, if clubs who have brought in players that don’t start as well as they want they’ll still be in the market to bring in more players, because they’ll still have another three and a half weeks. So I still believe that deadline day will be will be a busy one.”