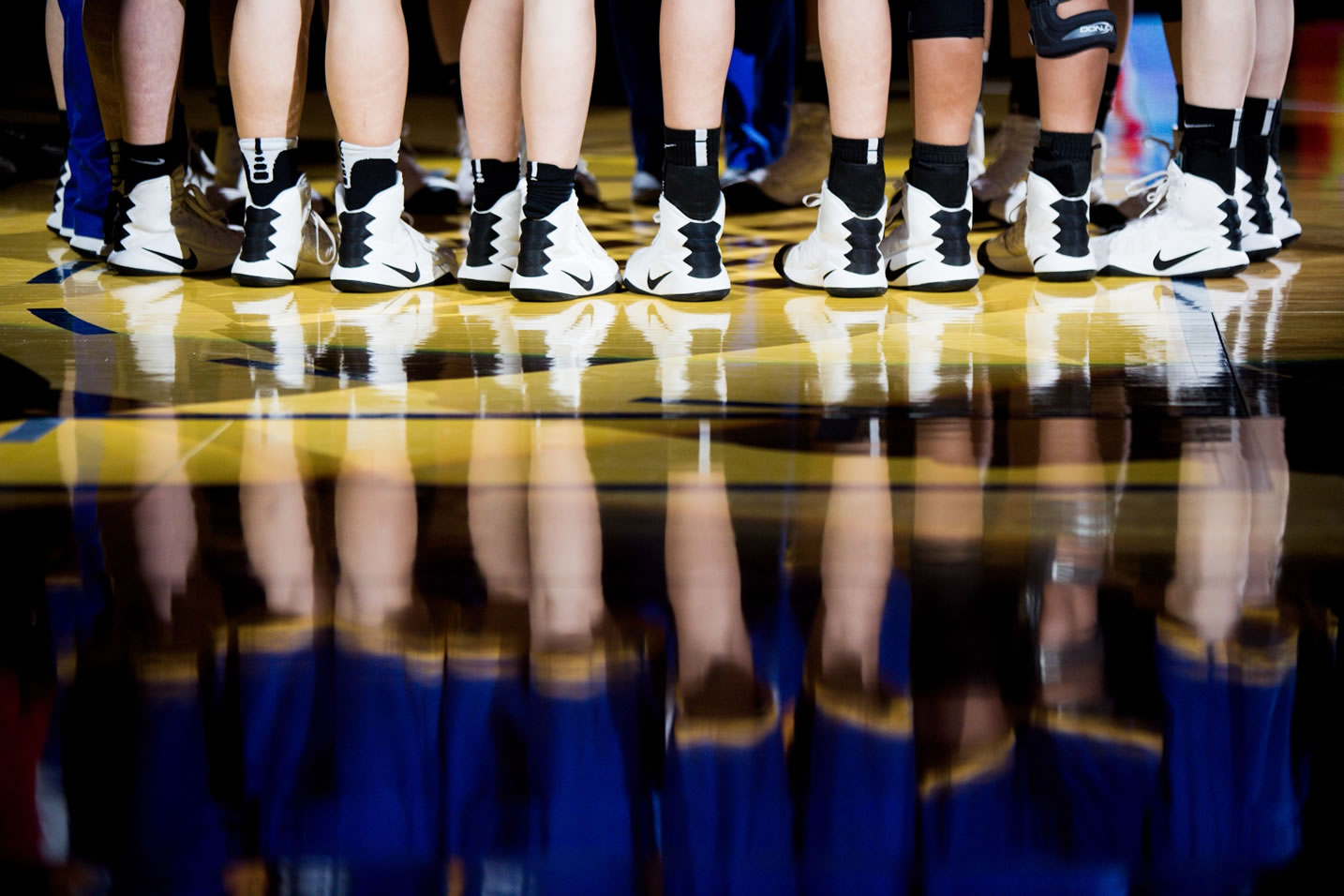 When I bought an Oklahoma City Thunder shirt four seasons ago, adorned with Kevin Durant across the back, I was almost certain that I would never have to worry about him changing teams – I was wrong.

Durant joined the Golden State Warriors on July 7th, 2016 in Free Agency in a move that was seen unfavourably by both pundits and fans alike. The main reason behind the widespread disapproval was because the Warriors already had 3 All-Stars in their starting 5, namely, Steph Curry, Klay Thompson and Draymond Green.

Durant was criticised for leaving an up and coming team, for a team that had already been to the Finals in last 2 years, and even without his signing, would have probably returned to the finals again. His arrival created the Golden State ‘superteam’ which finished the regular season 67-15 and romped to the NBA Championship title with a 16-1 record, with easily the best winning percentage (.941) in NBA finals history.

The Warriors were by no means the first team to realise that assembling All-Stars in the same team was one way of maximising their chances of success in the NBA. The great rivalry between the Boston Celtics and the LA Lakers in the 1980’s was fuelled by two teams that were full of All-Stars. Whereas the Celtics’ team featured Larry Bird, Robert Parish, Bill Walton and Kevin McHale, the Lakers could boast of Magic Johnson, Kareem Abdul-Jabbar, James Worthy, Michael Cooper and Bob McAdoo in their line-up.

This particular rivalry has subsided in recent years, as neither the Celtics nor the Lakers have been contenders for the Championship; the Lakers have struggled over the last 4 seasons with a win percentage never getting higher than .329 and the same can be said about the Celtics, although to their credit, they have rebuilt over the last few seasons under coach Brad Stevens.

Interestingly, the most successful examples of a ‘superteam’ have revolved around LeBron James. Helped by his imposing physical attributes, James has always been accompanied with a powerful supporting cast. On joining the Miami Heat in 2010 after 7 years in Cleveland, The Heat had already re-signed Dwayne Wade and Chris Bosh, creating the first “big three” in NBA history. In fact, during their tenure there, The Heat dominated the league and won the Championship in both 2012 and 2013, as well as reaching the Finals in the 2011 and 2014. While the Spurs were also a constant force during this period, the extra quality and presence that these key signings brought to Miami always gave them the edge.

James was welcomed back as a hero to the Cleveland Cavaliers on his return in 2014.  Having a combined four season score of 97–215 after his departure, the Cavaliers certainly needed a boost and having seen James’ success on South Beach, the Cavaliers opted to build their own “big three” by keeping their point guard, Kyrie Irving, and signing Kevin Love from the Minnesota Timberwolves. James and his fellow superstars immediately found success as in the 2014-15 season they led the Cavaliers to the Finals where they lost to a fellow ‘superteam’, the Golden State Warriors.

It should also be noted that two thirds of Clevelands “big three” – Kyrie Irving and Kevin Love – were injured for the majority of the Finals and therefore unavailable for selection.

And then the madness of this past summer began.

The most active team during the summer of 2017 has been the Oklahoma City Thunder. Having losing Kevin Durant during the 2016 offseason, it was key for The Thunder to build a strong team around Russell Westbrook, the 2017 MVP, while he is in what should be the prime years of his career. Their first move was trading two bit-part players, in Victor Oladipo and Domantas Sabonis, for Paul George, a 4 times All-Star, Olympic Gold Medal Winner and one of the best two-way players in the league. Then on the 25th September, Carmelo Anthony was traded from the New York Knicks in exchange for Enes Kanter, Doug McDermott and a 2018 second-round pick. While trading away some strong supporting help, Sam Presti – the Thunder’s General Manager – has done a fantastic job in adding two genuine superstars who will hopefully give the team enough firepower to compete with the Warriors.

Over the last 3 seasons, there have been suggestions that the league might be starting to lose some of its competitiveness. For example, the Cavaliers and the Warriors have faced each other in the last three Finals and last year the gap between them and the rest of the league was astronomic. They both strolled into the Finals without really being tested and even the Finals themselves weren’t particularly close as the Warriors eased to the title.

It may not have been acknowledged at the time but the trade of Dwight Howard from the Atlanta Hawks to the Charlotte Hornets on 20th June, was a sign that mid-table teams can have an alternative long term strategy to allow them to compete with the ‘superteams’.  By recognising that they might currently be unable to compete head to head with the Cavaliers, the Celtics and possibly the Wizards or 76ers, Atlanta instead chose to offload their ageing, high earners, in exchange for cap space and draft picks, building for a future when this ‘superteam’ phase will have run its course.

Being a fan of a ‘superteam’ may be enjoyable, but we should consider the viewpoint of fans of a middling team. If your team is rebuilding or in a transition period or just plainly not very good (sorry Nets fans), then what is the incentive for fans to buy tickets for games?

‘Superteams’ do not provide competitive games during the regular season when playing other non-superteams and even if one of the less well funded teams did get into the playoffs, the fans themselves would acknowledge that they have little chance in actually progressing to the latter stages of the playoffs. If there isn’t a success-based reason for fans to keep attending games, then it is foolhardy to expect them to continue turning up purely for their love of their team.

In a world where the population is continually rising and sports are becoming more global, one would expect the viewing figures and therefore the rating for the NBA Finals to be increasing. Yet that is not necessarily the case. Whilst the viewing figures have creeped up over the last three years – 19.94 million in 2015, 20.28 million in 2016 and 20.38 million in 2017 – the average ratings have actually decreased from 11.6 in 2015 to 11.3 in 2017. Last season even brought the worst average rating per regular season game on broadcast networks as it scored 1.9 compared to the 5 in 1995.

So what does the future hold for the NBA? Well, the Golden State Warriors are almost a lock to win the title this season. And that’s not even a bold prediction. But I suspect that there will have to be some changes made by Adam Silver, the NBA Commissioner, to the structure of the NBA if its popularity is to be maintained and not lost to other US sports. One of the ideas could be to lower the wage cap for NBA teams which would limit the teams signing multiple superstars to massive contracts and thereby focussing their efforts on developing talent through the draft.

This ‘superteam’ phase will surely come to an end in the coming years.  Superstars can only stand playing with other big stars for so long if they are not winning every season. Their desire to be THE man in a team that includes numerous big egos, will inevitably cause disgruntlement. 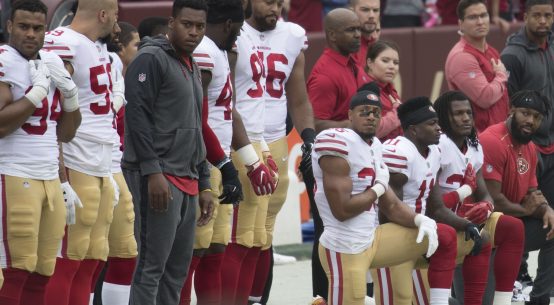 “Channels like Fox News continually obscure the message in order to enrage the President’s followers”: Conor Orr on diversity in the NFL, the ‘anthem issue’ and its political effects 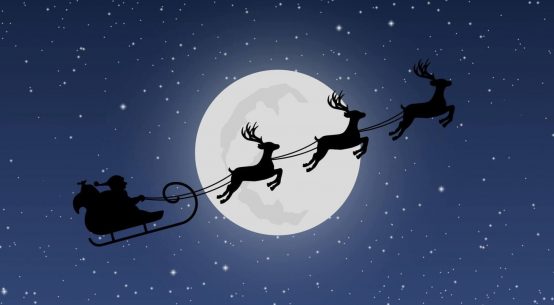