Captaining your country at a home games – it doesn’t get much better than that for an athlete.

In 2014, Scottish men’s hockey captain Chris Grassick did exactly that at the Glasgow Commonwealth Games, an experience he still relishes to this day.

“It was really special,” he said. “It was a proud couple of weeks.

“It was pretty surreal because for the duration of it you felt a bit more famous than you were because you could go into the city centre and you couldn’t really move for a bit because people wanted photos with you.”

Grassick enjoyed the fortnight-long superstar treatment from fans, but acknowledges that the country’s hockey players have got some way to go before becoming household names.

“It was really because you were in team Scotland kit,” he admitted with a smile.

“Everyone was buzzing for it rather than them knowing you were a hockey player or what sport you played, but the experience in Glasgow was incredible, it was a really good time.” 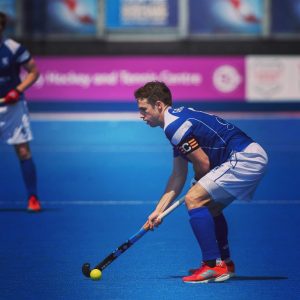 Grassick, with over 100 Scotland caps to his name, is preparing for his second Commonwealth games experience ahead of the tournament on the Gold Coast in Australia.

But even at just 27, his journey to being the national captain has not been without setback.

Two years ago Grassick had the world at his feet, as he was within touching distance of a place in the Team GB squad for the Rio Olympics and, by his own admission, playing some of the best hockey of his life.

As is the case with most sports without their own fully professional league, the Olympics is the pinnacle of the sport and is the goal for every young player picking up a stick for the first time.

With just six weeks left before the team flew out to Brazil, Grassick was told that he would not make the team after all – despite being involved in the squad for the duration of the four year selection process.

“That was really tough,” he tells me. “It was a weird one because I really thought I was going to go so it was really hard to take at the time.

“Hockey is difficult because it’s a subjective process – not like some other sports where you have to make a time and then you qualify.

“It’s all down to how the coach best sees everyone fitting in together and for whatever reason he didn’t want me then. That was really hard but not everything can go your way in sport so that’s just the way it is.” 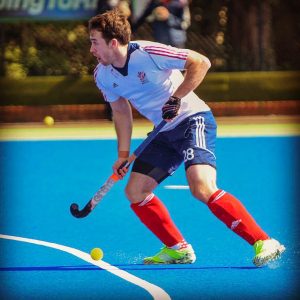 Grassick was philosophical about his rejection from the team, but this then set a very cruel sequence of events in motion that would have far worse ramifications for the young man than he could have predicted.

Despite not being selected, he was retained as injury cover, and given a brief glimmer of hope as a couple of the squad members were nursing injuries, meaning he was given the opportunity to play in one of the warm-up tournaments before the Games.

This was his chance to prove to the coaches that they had made a mistake and, just maybe, force his way back into the side.

“The team was picked at the very start of June and then the Olympics weren’t for another six or seven weeks,” he said.

“It turned out a couple of the lads had a few niggles and then couldn’t go to a four nations tournament in Germany.

“That was in early July and so I went to that and the first game I did my ACL. So yeah, that was a bit of a kick in the teeth at the time and that set me back quite a bit.”

It was a kick in the teeth that robbed him of nearly nine months of his hockey career, but it ignited in him a new passion for the sport.

“I never thought about giving up after my injury,” he said. “I did plan on giving up before but after surgery something changed. I knew I had unfinished business in the game.”

Thankfully for Scotland, Grassick decided to keep going, and has come back stronger than ever with a renewed sense of perspective on the game having been without it for so long.

Ahead of his second major multi-sport tournament, he is taking nothing for granted.

“I definitely appreciate going to something like this now,” he said.

“I’ll make sure I enjoy every single bit of it because you don’t know whats around the corner, so yeah, I’ll definitely plan on enjoying it as much as I can.”

Scotland have been drawn in a group with hosts Australia – one of the favourites for the tournament – and Grassick is looking forward to coming up against some of the world’s best.

“The Australians are very good,” he said. “But we’ll be going out with the aim of trying to enjoy the experience – we’re playing them at half nine at night. It will be a full stadium and it’ll be brilliant.

“We’re actually ranked ninth out of ten teams in the tournament, in terms of world rankings, so for us it’s kind of an uphill battle – but we’re actually a bit closer to a lot of the teams than what it says on paper.”

The other three teams in the group are South Africa, Canada and New Zealand and the Scotland skipper is quietly confident of his side’s capability of pulling off an upset.

“We’re playing South Africa first who we lost 2-1 to in Glasgow, which was a game that could have gone either way. They are not quite as good as they used to be and we are definitely a bit better,” he said.

“We then play Canada who we drew 1-1 with last summer and then after that you’ve got New Zealand who will be a bit of an unknown because we’ve not played them much over the last five or six years.”

“For us we’re looking at it as being quite confident in ourselves that we can give these teams a go.

“I mean the pressure is on them really. They should be beating us so we’re in a nice position I think.”

Spoken with the wisdom of a man whose time away from the game has made him appreciate the good times even more, Grassick has only one goal left to accomplish.

“One hundred percent, my number one goal is to reach the Tokyo Olympics in 2020,” he said.

“Everything I do now is centred towards making that. Missing out on Rio was incredibly tough mentally. But I’m more determined than ever to make the next games.”

For now, the Gold Coast awaits.

He might have an Olympic appearance in his sights but for the next few weeks Grassick – having battled back from the brink – is just grateful to still be playing the sport he loves.