Skip to content
You are here
Home > Author: Darren Barnard

Cast your mind back to when you were 19 years old — what were you doing? I was ‘studying’ during my first year at university, though my thoughts were largely dominated by going out and all the other external factors that enter a teenager’s brain. Cory McKenna goes against the stereotypes

Combat sports are thriving in a golden area. Anthony Joshua is one of the most prominent faces in British sport and the UFC is still riding its monumental wave after signing their $1.5billion (£1.15billion) contract with ESPN earlier this year.   However, since the deal has been signed, a portion of mixed-martial-arts 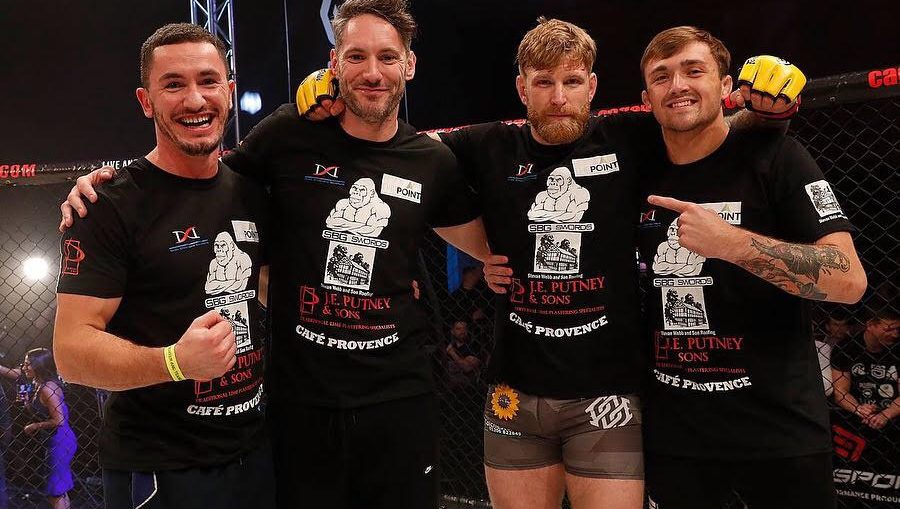 For most people, Valentine's Day is spent in cosy restaurants or wrapped up in bed with their loved ones. James Webb, on the other hand, is in a cold gym in Dublin sleeping on a camp bed nearly 400 miles away from his home in Colchester. It’s a world away

The Algerian’s first hat-trick in his professional career helped Thomas Frank's side recover from their 4-1 defeat to Swansea in the FA Cup fifth round last weekend. Hull have now won only once in their last 16 visits to London and any hopes of a late playoff run seem to have

This week, Jack and Darren recap Super Bowl LIII with a special featured length edition of fair or unfair. They cover all the key talking points from the game and discuss what's next for both franchises. Listen to the podcast here: https://soundcloud.com/user-564791869/across-the-pondcast-episode-5-super-bowl-liii-recap-with-darren-barnard-jack-nevill Darren's bio: Darren is a 24-year-old sports journalist, currently studying

Jack and Darren preview Super Bowl LII with the help of some of their Sports Gazette colleagues — Rob Clayden, Rob Sutton and Thomas Kaiser. They also breakdown the NFL end of season awards ahead of the announcement of each award on Saturday night. Listen to the podcast here: https://soundcloud.com/user-564791869/across-the-pondcast-superbowl-preview Darren’s Bio: Darren

This week, Jack and Darren play fair or unfair with all the coaching hires across the eight available openings in the NFL. We also recap our beer pressures from divisional weekend and see how our playoff picks are holding up. Then, of course preview the two championship games on

This week, Jack and Darren play another round of fair or unfair - debating the picks for the All-Pro team. We recap our wagers from wildcard weekend and introduce an innovative new name for our wagers! Following that, we preview the divisional weekend match-ups and mourn the inevitable death of

The first of a weekly podcast covering all the latest news in American Football, based across the pond in the UK. This week, Jack and Darren explore the recent coach departures in the NFL with Black Monday passing us after Week 17. We attempt to rank the eight coaching positions

Sydney Cricket Ground. 1999. Over 40,000 Sydney-siders are cheering on Stuart MacGill as he takes seven wickets to seal another famous Ashes series victory for the Australians. Tens of thousands in the stadium are following every ball intently on their handheld radios. Fast forward two decades and one of those spectators,