Gaelic football is somewhat of an anomaly on British shores. Played predominantly in Ireland, where versions of the game existed in the 17th century, GAA, as it is known, has grown in popularity in the UK, creating a strong base within the English university system.

Adam Samuel spent an evening with one of the most successful teams at St Mary’s University in Twickenham. The men’s team at this West London institution boast an impressive eight titles at the BUCS National Championships, whilst the women’s club are the defending British champions.

A crescent moon beams down on the field as the blare of a whistle cuts through the cold air – the players, of all ages and sizes, take their places. The game is fast paced, figures zooming about the pitch with balls swerving between hands and feet. Observing this strange, capturing sport, a realisation dawned upon me: I had no clue what was going on!

Kieran Fitzsimmons, a proud Irishman and Geography student, explained: ‘‘It’s a mixture of basketball, rugby and football. You have the ball in your hands predominantly and you kick it from your hands like a goalkeeper would in soccer and the aim is to score over the bar like rugby penalties; underneath the bar is three points which is a goal.’’

Ryan Jones, a coach and trainee teacher at St Mary’s concurred: ”It brings skills and qualities that you’d find in all of them. It’s a very transferable sport in terms of skills.’’

Jenny Carr, president of the women’s team added: ‘‘Gaelic football is absolutely mental.  You’re mixing a lot of different skills at once at a very, very fast pace. Especially when you look at the men and how physical it can get – it’s crazy to watch.’’ 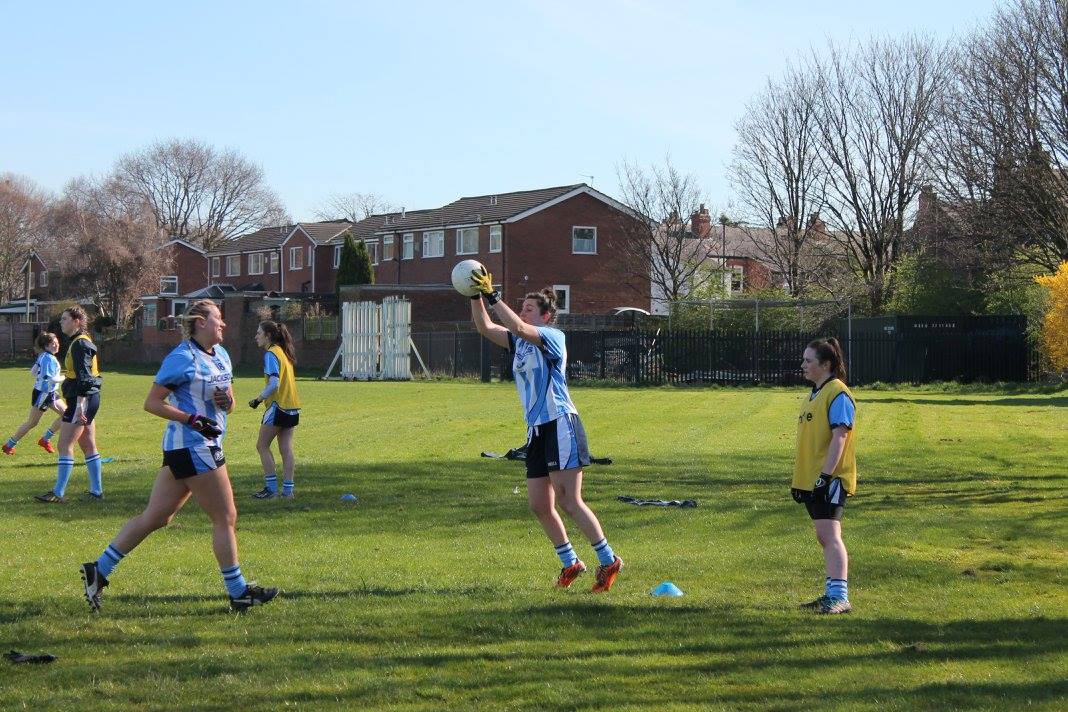 Indeed, for many, the crossover appeal of the sport has led to their engagement with it.

Bridie Hipperson, a final year Sport and Education student said: ‘‘I play football – A lot of the football girls transfer their skills into Gaelic. It’s so intense – you need to be quite fit to play, have good hand eye coordination and be kind of good with your feet as well.’’

Broghan Finneghan, a final year Sport and Education student, agreed: ‘’I crossed over from netball to Gaelic football. It’s mainly in the hands and the movement; you have to change direction quite a lot and have to be agile in the same way. 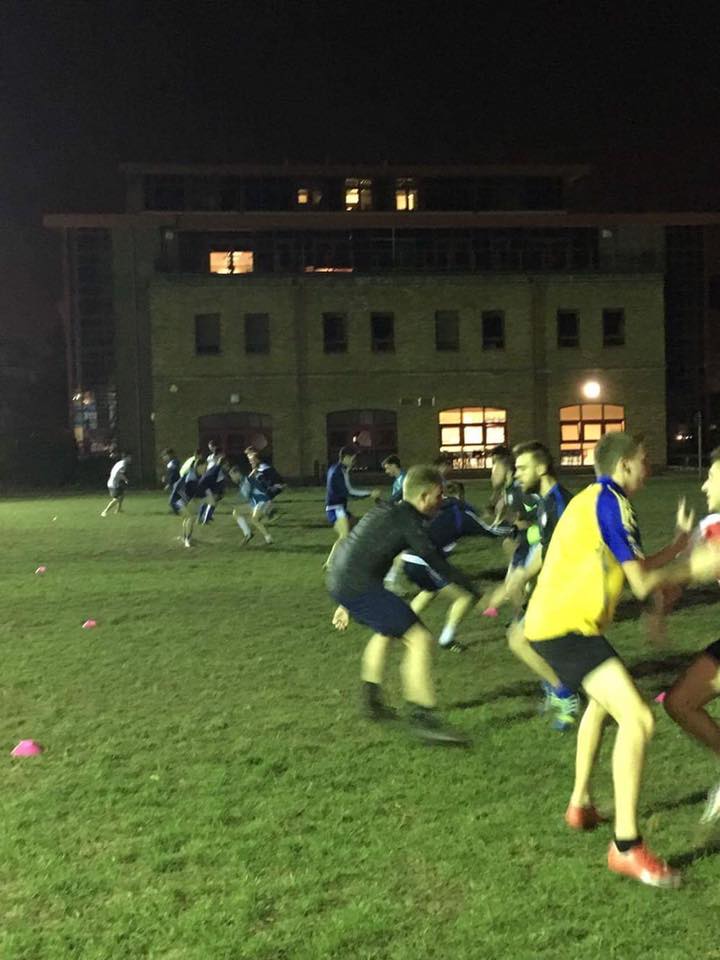 The frenetic pace of the game has led to it becoming popular on this campus, with both men’s and women’s sides fielding upward of twenty players in each of their sessions.

Considering this, just why is the connection between St Mary’s and ‘GAA’, as it is known amongst its fans, so strong?

‘‘Because it’s a catholic university, a lot of Irish people come over here and it’s quite rooted in their culture’’ explained Oscar Ward, president of the men’s team.

‘‘It’s quite a big deal for them, that’s been passed down to the English guys and girls. We’ve got an Austrian playing and it’s kind of spreading around the country.’’

Jones clarified: ‘‘St Mary’s has a very strong Irish tradition back to its beginnings in 1850 with the Irish Vitruvian priests coming over so it’s a long tradition.’’

Finneghan likewise added: ‘‘It’s got quite a strong connection with Ireland here. It’s obviously a minority sport so it’s still growing, but because it isn’t a BUCS sport for women its quite social – you can just play to play, and to gain fitness for other sports.’’

However, the addition of on field success means that, despite their original reasons for taking part, players’ loyalty to the GAA club has become wholesale.

Carr reflected: ‘‘I was here when we won the championship (2017). Nothing feels as good as finishing that final having smashed the whole way through it. It’s something that I’ll never forget throughout my time here at St Mary’s.” 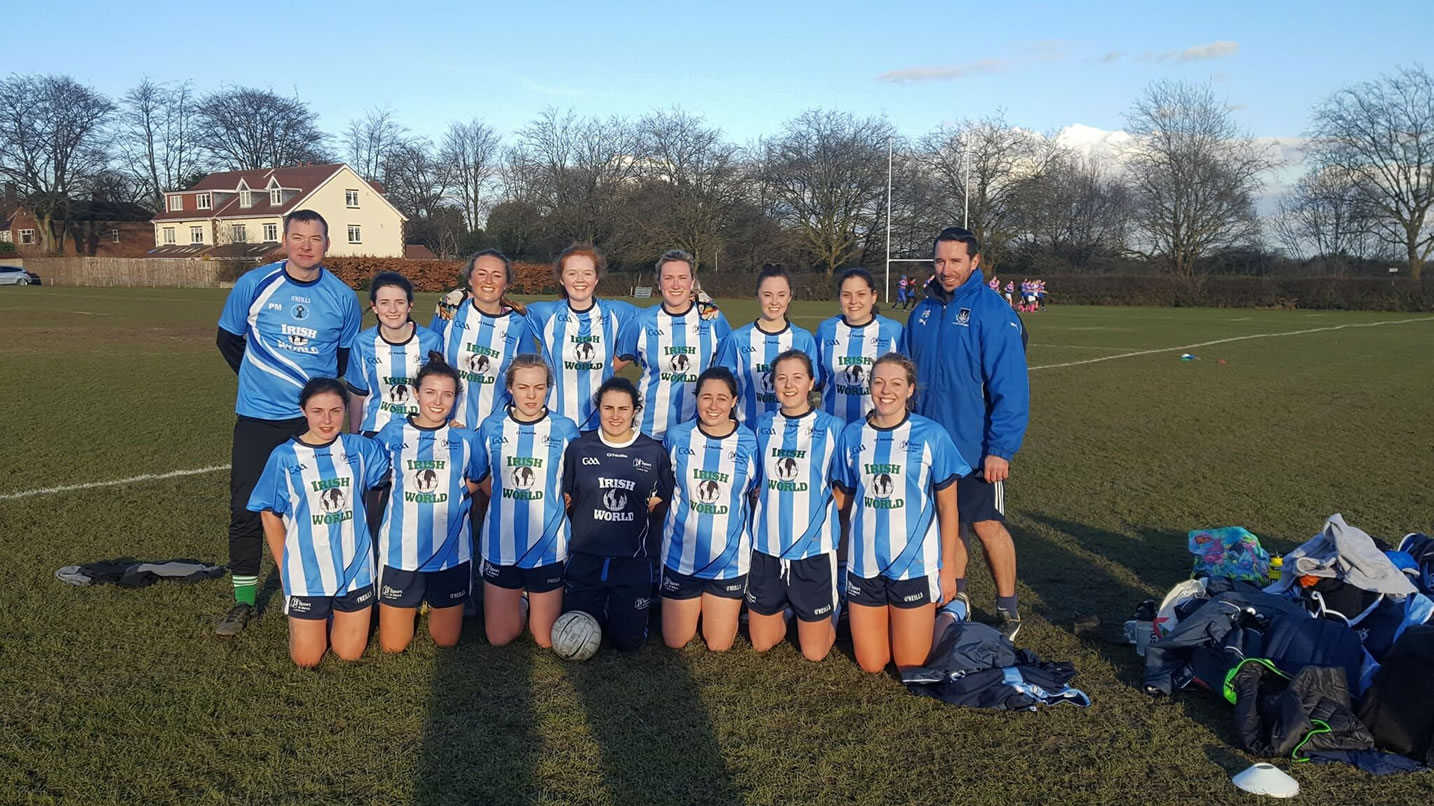 For the boys, optimism is building for the BUCs nationals taking place in two weeks.

”It was a great experience last year getting to the final.’’ said Ward.  Now we’re even better. We’ve been working hard over Christmas, and a lot of guys went back to Ireland and have been working with their clubs in preparation.

”I’m very confident about the British championships in Birmingham – we can go from second last year to first at this.’’

Fitzsimmons was equally upbeat: ‘‘We’re the underdogs because we didn’t win the pre-tournament before Christmas, but we’re quietly confident.

”I’ve been playing for 16 years. The standard is slightly less because many people are new to the game here; however I feel that there’s still the desire to win and improve. It’s probably even greater here for some reason.’’

After just an evening with both teams, it is clear that same desire has burned bright for the past twenty years, and will continue to do so in this hotbed of Gaelic Football.