Jonathan Liew wrote of the “tedious poppy circus” recently in the Independent. He argued that the various annual remembrance rituals, at sporting events and more widely, have become for many people a self-conscious show. The BBC also ran a piece asking if the core message of the poppy appeal had become diluted.

Mr Liew was more forthright. He said that the main reason for observing a minute’s silence, at the Emirates Stadium or wherever, is to be seen to be doing the right thing. In fact, he suggests, we are thinking about the gas bill or a WhatsApp message, not of our war dead.

This view is unduly cynical and also unrepresentative. Many people, I can pretty confidently assert, are remembering the dead and not merely (or ostentatiously) ‘doing the right thing’. 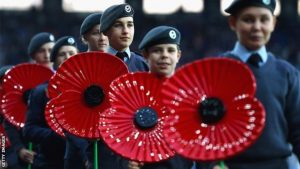 Most of us do not buy a poppy because we want to have the nicest one or the biggest one, nor do we put one on our vehicle to show off. We buy one because we want to help the Poppy Appeal charity and because it means something to us. We are thinking about war.  Sometimes that means the Great War or the Second World War, even as they creep further back in the rear-view mirror of our collective consciousness.

The biggest battle many people such as myself (and maybe also Mr Liew) face is one to find a parking space at Tescos. Yet even those as ignorant as I am about war’s realities, let alone the legions of people who have been genuinely affected, are thinking of its victims.

Rather than contemplating my next WhatsApp message, in my case I am remembering standing next to the Lochnagar mine crater at the top of a gentle hill on the Somme battlefield. Below, an average sized field sloped down to a valley. Within its narrow confines, 6,000 British soldiers were killed or wounded on the first day of the Battle of the Somme in 1916, mown down by machine-guns placed where I was standing. People like me can barely imagine such slaughter, except by reference to what we know (that’s about the capacity of an average League 2 football ground, by the way) but we are certainly thinking along similar lines during our minute of contemplative silence. 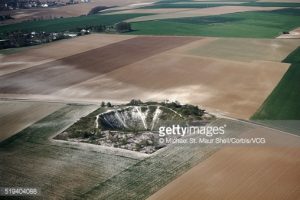 Perhaps Mr Liew overlooks, when thinking of our remembrance rituals in his particular way, that his world is not necessarily the same as that of the person standing next to him, or in the row behind.  After all, hundreds maybe thousands of people in that stadium, where he stands thinking about his gas bill, would have been directly and personally affected by conflict.

The First World War was such a cataclysmic event for this country and was so uniquely and enduringly terrible that it stands as a natural starting point of remembrance. But many will have relatives who were killed or wounded there or during the Second World War or, more immediately, in the more recent Falklands War or during the Troubles in Northern Ireland or in Iraq and Afghanistan. Many in that crowd will have served themselves recently.

Remembrance rituals, poppies and all, remain a rare unifying custom which is almost always respected without a trace of affectation or pretence. By way of example, my teacher mother tells me that the 2 minutes at 11 o’clock on Armistice Day was, in one of her more unruly schools, one of the very few times when there was complete silence and immaculate behaviour. There was nothing staged or self-conscious in that simple act of remembrance. It mattered for those children. 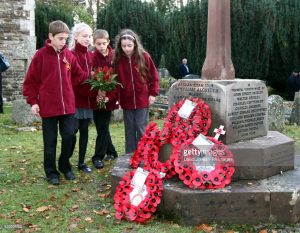 And unlike Mr Liew, I would argue that poppies and remembrance are closely tied to sport.

Sporting events are among the most appropriate and poignant environments in which past conflicts are observed each November. This country’s very culture is partly defined by the two world wars. Sport is also a significant part of what makes our culture and defines us.

These two themes have often overlapped. There are many stories of the ‘Pals Battalions’ of the First World War. Men of the same village or the same football, rugby or cricket team would join up together – with the inevitable tragic consequences.

Sport even appeared fleetingly and inspirationally during the Great War itself when an impromptu football match between the British and the Germans broke out one Christmas, while at the Somme one officer is said to have kicked a football into ‘No-Man’s Land’ as he and his men charged the German trenches.

Sport is, one could even say, an acceptable surrogate for warfare. Like warfare, sport involves opposing sides, each determined to win. In an effort to do so they deploy tactics, exploit strengths and weaknesses, invest in beneficial technology and identify the strongest people to represent them. There are even grey-haired men directing operations from the safety of the side-lines. Sports teams are two tribes wearing different uniforms though they share many values.

The football league is, in its own way, a never-ending battle and the language we use to describe it would testify to this. Each season is a new ‘campaign’ and each week there is another ‘battle.’ Teams win some and they lose some in a season of attrition.

On remembrance, and being seen to remember. https://t.co/T8fLj8JGBb

When all is said and done, it is those people who go to watch sport in stadiums large and small throughout the land, or share a minute of silence before playing themselves, who have gone off to fight when needed, and who would fight again if it came to it. Of the countless thousands of British soldiers who have died or been wounded during the last century, as well as their suffering families, how many of that number used to play or watch sport like we do now? How many still do? Fresh from service during the last few decades. So, what better place for us to remember than before a match begins?

When war begins the sport ends and it’s all for real, as so many know only too well.