Representing your country at international level is no easy achievement, and only a select few get to do it in their lifetime. It requires hard work, dedication, and sacrifice. Joe Fishburn represents one of these unique individuals who has achieved his dream, and at just 19-years-old, he has already overcome a host of different challenges.

Joe represents Team GB at gymnastics in the men’s TeamGym discipline, a commitment he juggles alongside his education at Newcastle University. Balancing education and elite sport presents its own set of challenges, and managing both amid Covid-19 restrictions has become extremely difficult:

“It is tricky with COVID-19. I am studying at Newcastle and I usually train in Scarborough, but this year has been different with the restrictions. My fitness has not depleted because I have been training 5-6 times a week, but my gymnastics training has been restricted. My grandma is high risk so I have not been able to go back to Scarborough to train.”

Joe was introduced to gymnastics by his grandmother at the tender age of five, when he moved in with her after his mum passed away. His journey to representing Team GB has been a dream come true, and something he believes would not have been possible without the support of his grandmother.

“I was just a pain. She said I had too much energy, so she sent me to a gymnastics after school club. And that is where it all started.

“Honestly I don’t know what I would do without my grandma. We don’t have the most money and sometimes it is hard, but she has always paid for me to do gymnastics. She has taken me, sometimes four, five nights a week, to Scarborough where I train. I don’t know where I would be without her support.”

Joe also recalls his emotional reaction after his first call-up:

“I was at home with a few friends on call, and we knew it was happening. We were waiting for the team to be announced and when it happened, I was screaming! I was so happy and when I told my grandma, it was pretty emotional and it was a very big deal for me.” 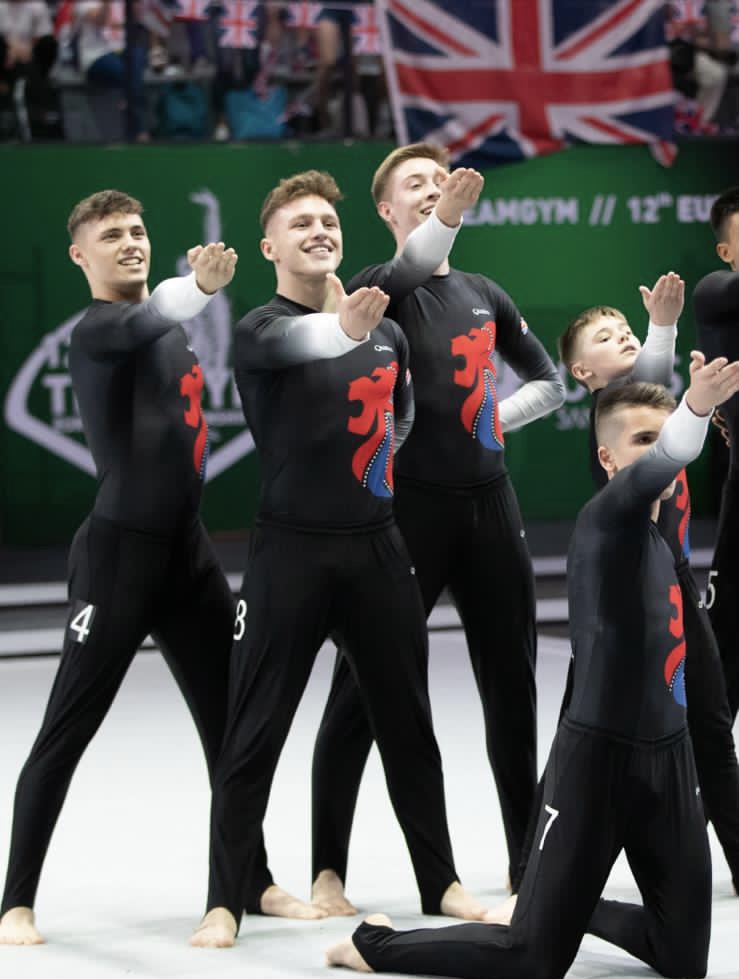 Of course, taking part in gymnastics at school did not come without its own set of challenges. Initially, Joe faced criticism from his classmates for choosing to take part in the sport, which has been stereotyped for women:

“People say there aren’t stereotypes, but there clearly is one because I have experienced it myself when I was at school.

“I would be lying if I said that it didn’t bother me. Of course, when you’re in school you’re not fully sure of who you are, and I wasn’t that good at the time, so it was just something I did. But now, the comments I get, I could not care less.”

Interestingly, gymnastics began in ancient Greece as a male sport, but has since gained popularity among women. Joe is currently doing a research project at Newcastle University on how male participation in gymnastics is perceived by the public, a further demonstration of how he balances his work and his sport. The 19-year-old believes that change will only come with an increase in male participation, and Joe hopes to become one of many new male role models in the sport.

Joe aims to be one of the people kids can look up to for inspiration. He has gone back to his primary school a few times to speak to kids about getting involved in gymnastics and the results have been extremely encouraging. He recalls one such incident:

“I really want to inspire some people to get involved in the sport. I remember once after I left my primary school, some parents walked up to my teachers and were like ‘oh my God my kid won’t shut up about it, How can I get him into gymnastics?’ Kids want to get into gymnastics because of what I’ve done and that’s probably the best thing to hear.”

Another way he hopes to inspire young kids and help the growth of gymnastics is coaching. Joe believes that his experiences at school have helped him become a good coach to the kids he trains at his club in Scarborough while also reiterating that he has seen a massive growth in interest among boys in recent years:

“I can already notice an increased participation amongst boys in the sport, it’s a more common thing now. I always remind the kids I coach that they can talk to me about any issues they are facing at school, if someone has said stuff to them or otherwise too. That’s why I think I’ll make a good coach because I’ve been in their position and I can see it from their perspective.” 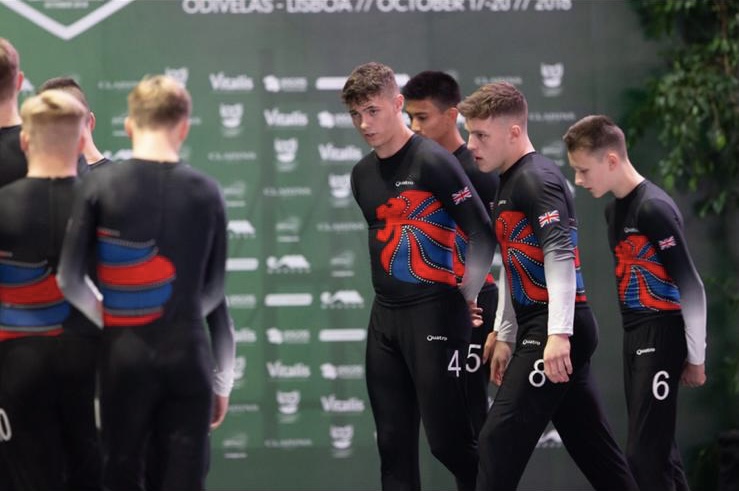 Olympics has been key to the growth of many sports in the past, and break-dancing’s recent addition to the 2024 edition gives Joe hope for TeamGym’s addition in the near future. Currently in the olympics, gymnastics takes place in three categories: artistic, rhythmic and trampolining, but Joe is hopeful that TeamGym’s rapidly growing popularity in Europe will help it make a case to be added to the Olympics sooner rather than later:

“It’s brilliant that they are introducing other sports and with time I’m sure they will branch out further. Obviously there are other disciplines also that should be in the olympics and it will eventually get there but it will be with popularity. Gymnastics is a scandinavian sport and even in my short career I have seen TeamGym grow massively with more European countries getting involved.”

If not as an athlete, Joe has set his eyes on being at the olympics as a coach in the future:

“Potentially I’d like to be at the olympics as a coach in the future. I think I enjoy the higher performance side of the sport so realistically that would be the side for me to go rather than grassroots participation. But you never know what might happen in the future, so ideally I’d say I want to be at the olympics as an athlete as well as a coach someday. Realistically it would have to be in the next two Olympics for me to have a chance.”

Gymnastics has given Joe a sense of belonging. His achievements at 19, while also undertaking a degree at the same time is nothing short of spectacular. Undoubtedly a role model for young kids, his story on defeating adversity, bullying and hardships is an inspiration to many. Breaking down barriers and stereotypes, Joe’s journey has made him mature beyond his years, and hopefully his dream of being at the Olympics comes true someday.